Yesterday I changed my header photo for something more suitable for the autumn. It was taken last year on the grounds at Rideau Hall.
Suspended above the other training planes of the Second World War is this, the Fairchild PT-26B Cornell III. 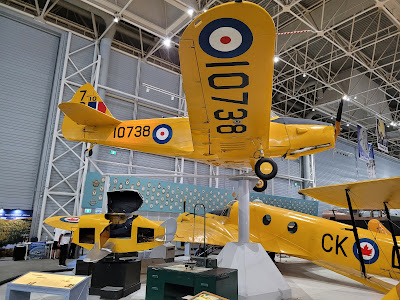 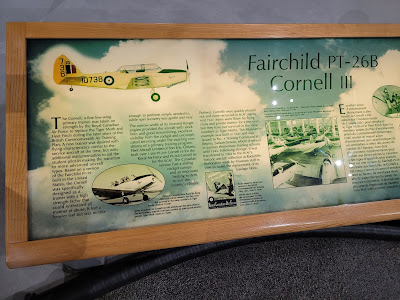 Below is the biplane Tiger Moth, an elementary training plane. You'd graduate from these to the Harvards before you'd get into a combat plane. 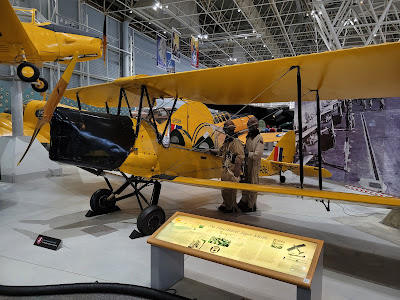 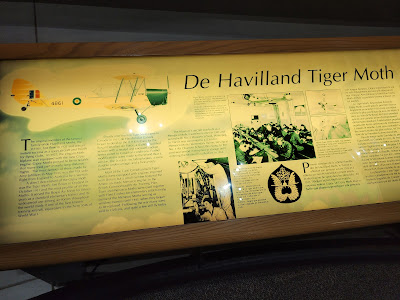 The war passed. Aviation continued to evolve. And in a country as vast as Canada, with much of its interior only accessible by plane, the bushplane became an essential part of the country.
This is a Bellanca Pacemaker, a relative rarity, but not too different from contemporary bushplanes. 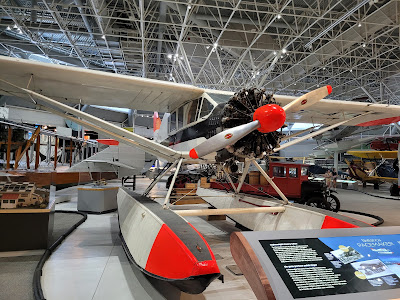 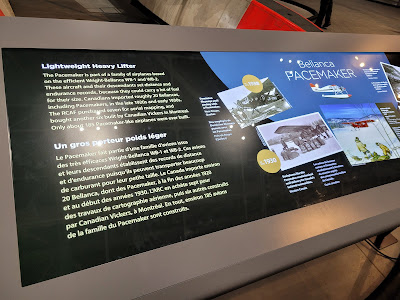 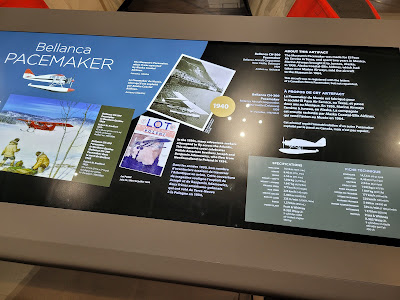 The Junkers W34 is another rarity, but some, like this one, saw service in Canada's north. 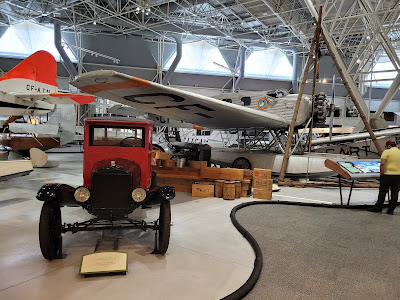 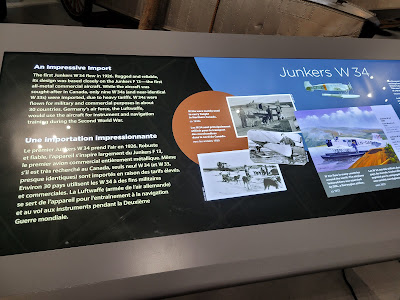 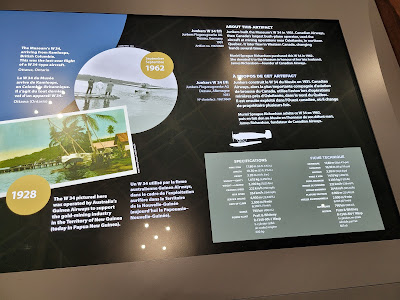 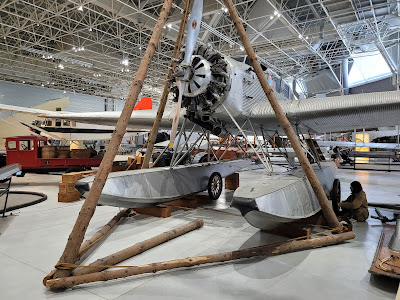 Here we have the Fairchild FC-2W2, another workhorse transport plane. 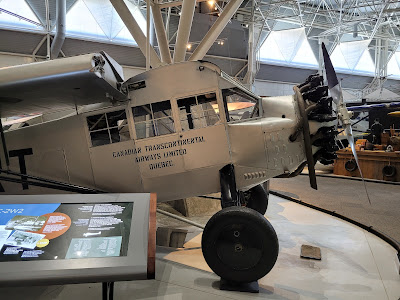 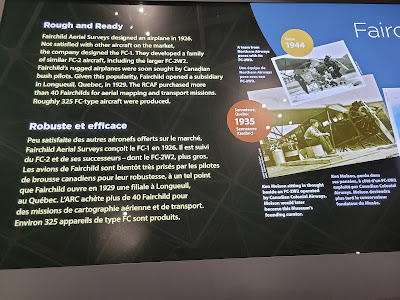 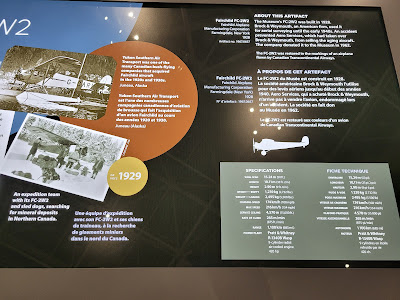