New Tactics Within The Air

Continuing on where I left off yesterday, aviation became an essential element of combat in the First World War. 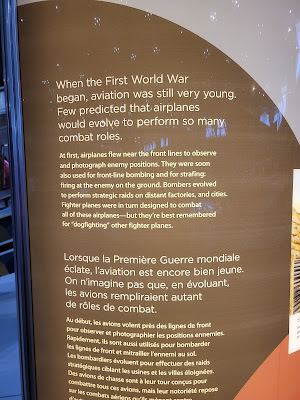 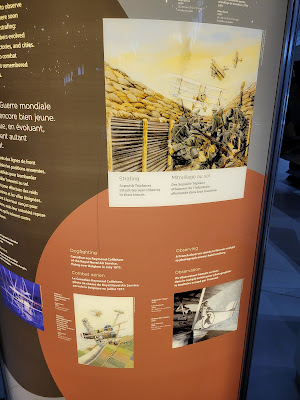 This is the Junkers J.I., the first all-metal plane, and the only surviving one of its kind. Even only partially restored, it still impresses. 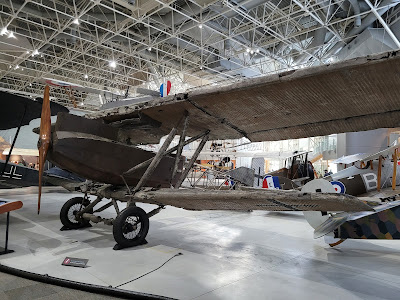 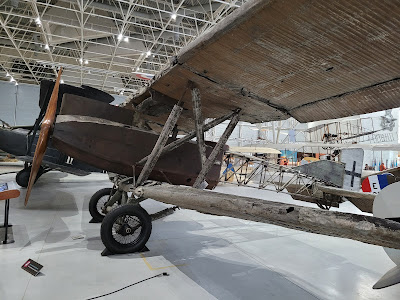 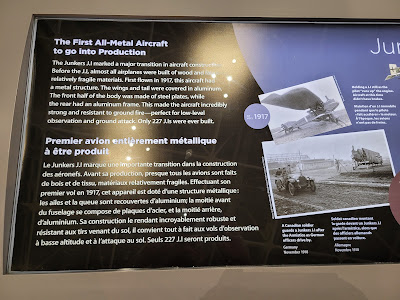 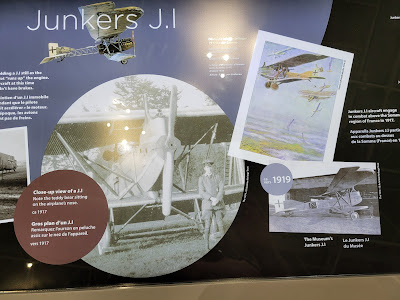 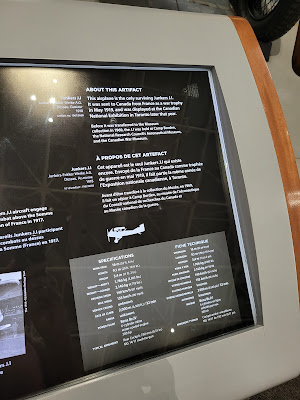 Close by, another German plane, the A.E.G. G.IV. This one is also a rarity: the only surviving multi-engine German aircraft of the war in existence today. 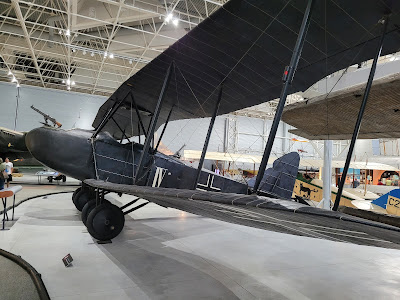 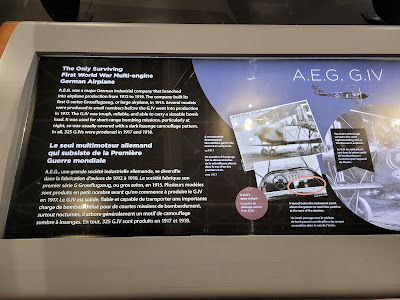 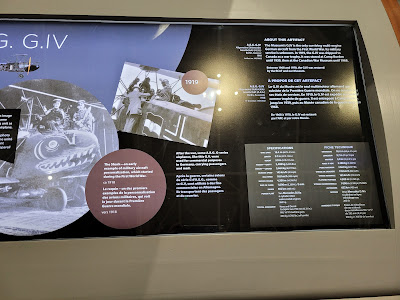 Following the war, aviation would start opening up the country's vast interior over time. During the same time pilots who had survived the war would find new ways to fly. 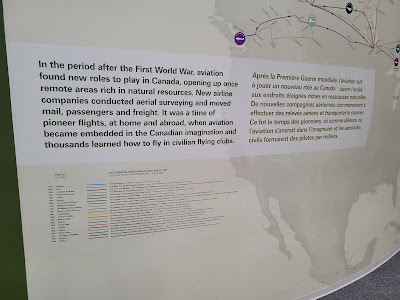 I finish today with art: Ruth Law At The 1918 CNE is a painting by Jim Bruce, depicting a pilot racing her Curtiss Pusher against an automobile at the Canadian National Exhibition in Toronto. 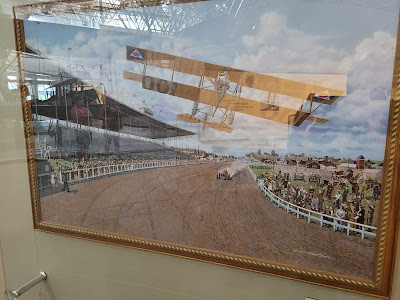 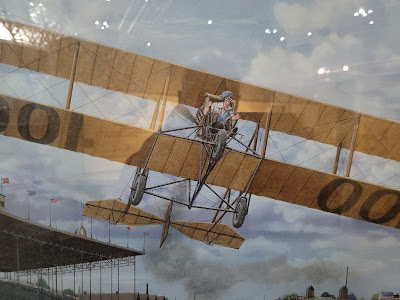