Three Fighters Of The Skies

World War One was hugely influential on aviation- and vice versa. Whereas traditionally combat tactics evolved gradually over time, it was in the air with brand new technology that young pilots were literally inventing new tactics every time they went up. Many of them didn't survive.
This is the Sopwith Ship Camel, a British fighter of the First World War. Canadian pilots generally joined the Royal Flying Corps, as the RCAF wasn't even founded until 1924. 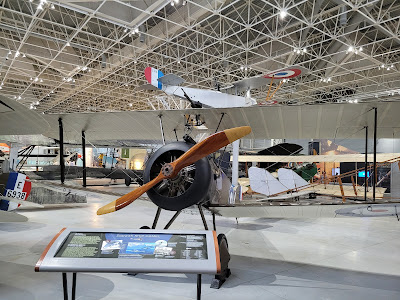 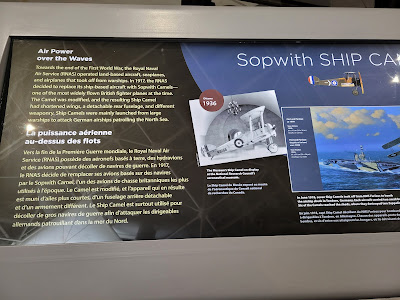 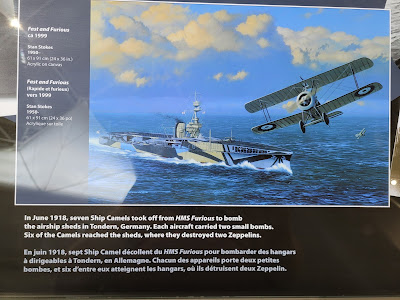 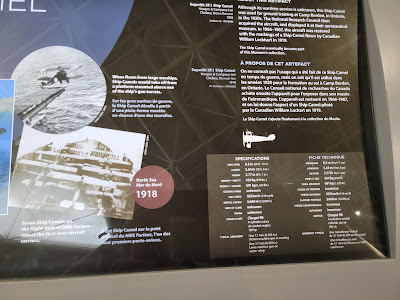 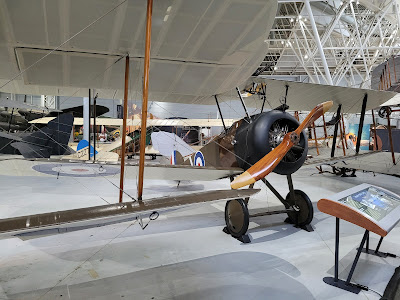 Close by is the Sopwith Snipe, another British fighter. 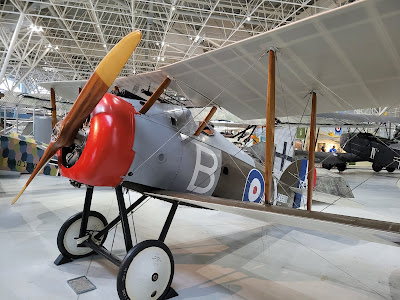 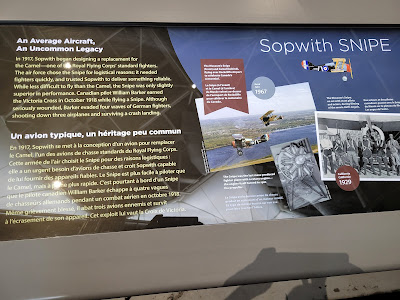 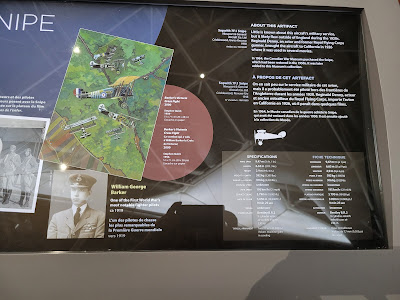 Canadian ace William Barker, the most decorated serviceman in the country's history, is present here with a bust near the Snipe. 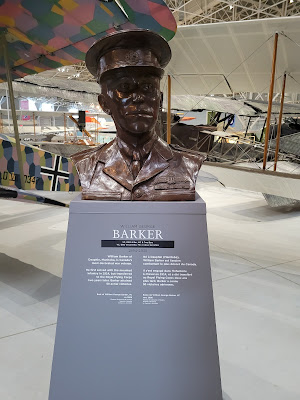 A German fighter, a product of the last year of the war, and a superb plane: the Fokker D.VII. 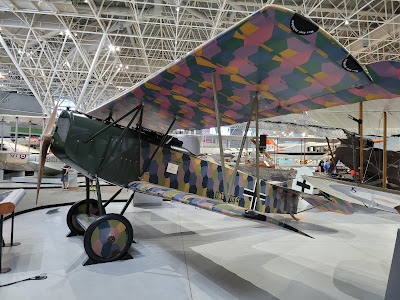 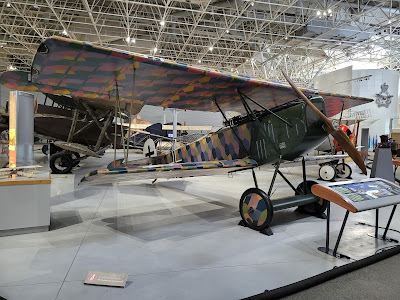 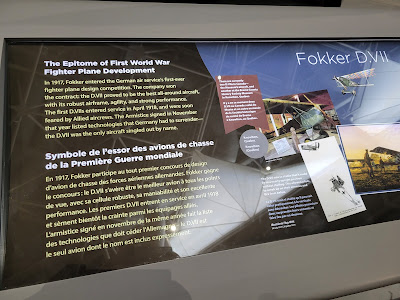 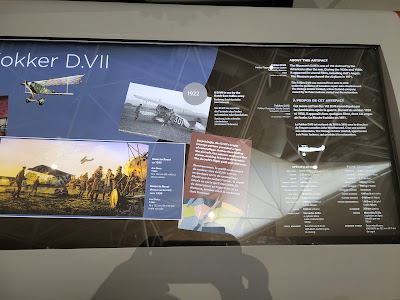 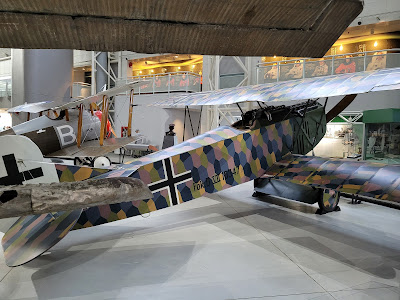