An Antique Helicopter And Into The Final Frontier

This appeared in yesterday's post, an early helicopter. The Piasecki HUP-3 was developed by the Americans in the 1940s, and used by the Canadians for a time. 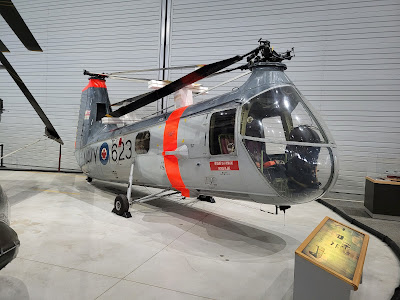 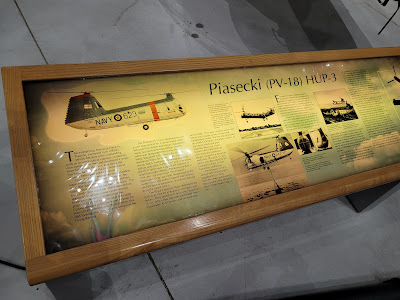 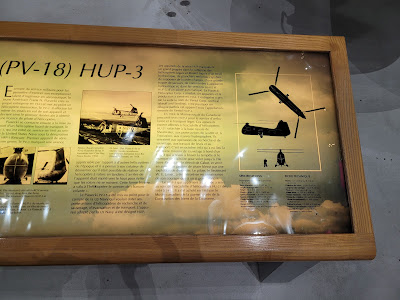 Period recruitment posters of the RCAF are mounted on a pillar. 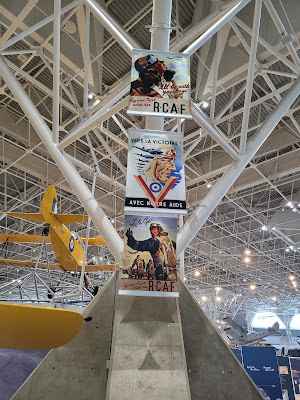 From an antique to the contemporary era: space. This is the other part of the museum, and we start with a look back at the first manned mission to land on the Moon. Canadian technology took part in the Apollo program. 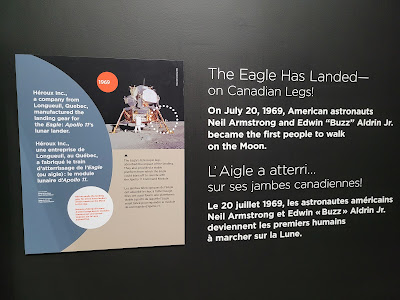 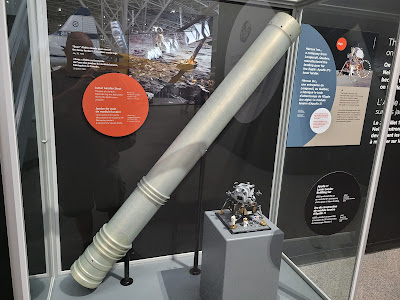 Canada would be launching satellites into space in the 1960s as well, in the Alouette, Anik, and Hermes programs. Models of these are on display. 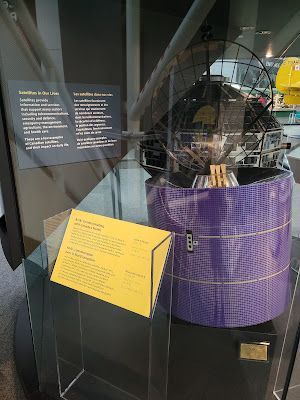 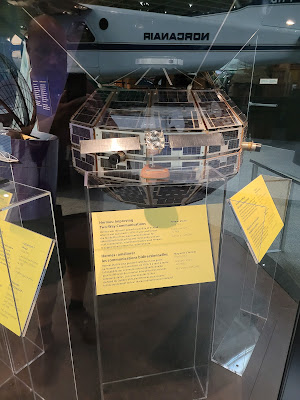 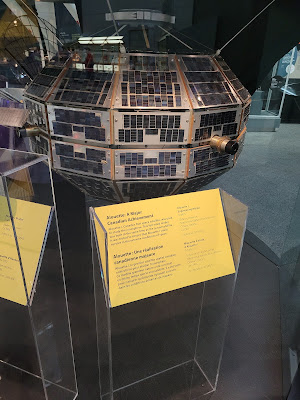 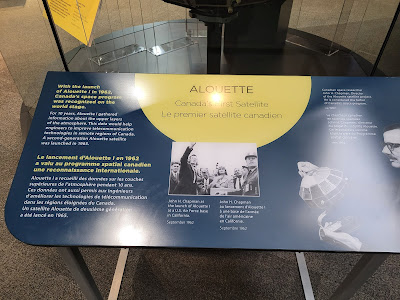 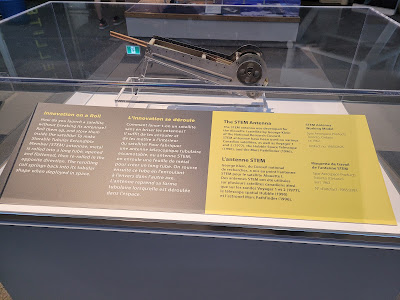 Here we have a scale model of the International Space Station. The Canadian Space Agency is part of the work going on up there, and so Canadian astronauts are regularly up in the ISS. 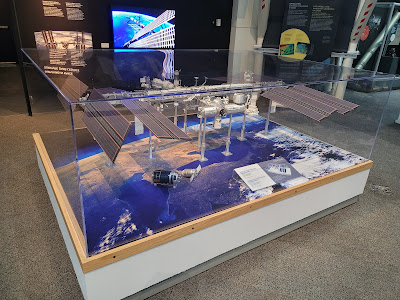 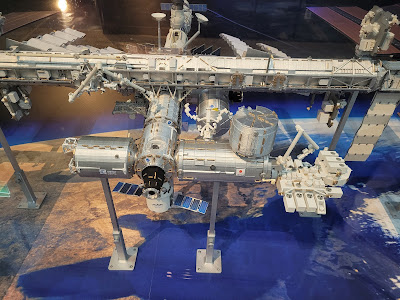