Viewpoints From A National Capital Summer

I have some odds and ends from the last several weeks in Ottawa. I start with this view of the grounds of the National War Memorial downtown, with Parliament Hill beyond it. The military sentries are at post during the day. 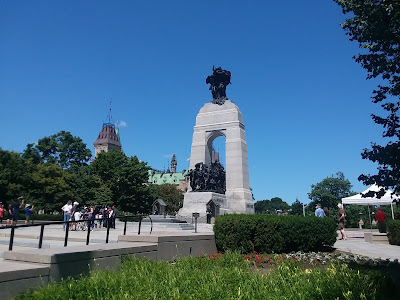 Nearby, outside the Chateau Laurier is a bust of the photographer Yousuf Karsh, who was the preeminent portrait photographer of the 20th century. For the second half of his career, he had his studios inside the hotel. Recently a portrait he took of Winston Churchill, hanging in the lobby, was stolen, making the news. 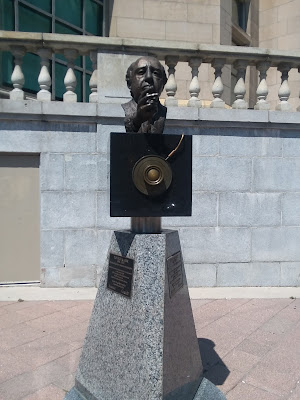 A classic Canadian scene- the Rideau Canal as seen from the Mackenzie King Bridge over its last stretch, with the National Arts Centre, Parliament Hill, the Chateau, and the Government Conference Centre lining its banks. 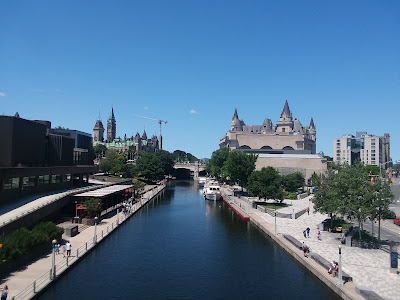 In early July there was a heritage festival down at Lansdowne Park with various activities going on. They included this busker on stilts. 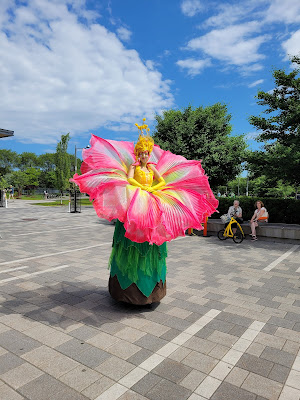 And they included antique firefighting vehicles, all well cared for. 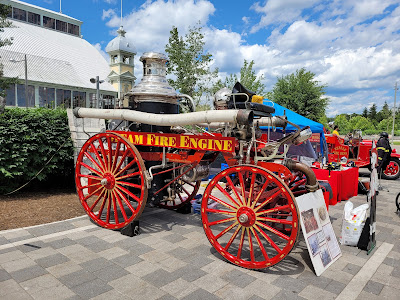 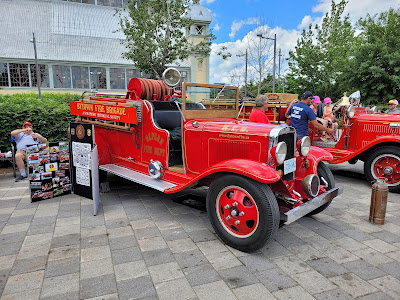 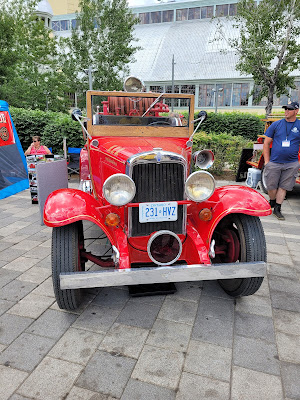 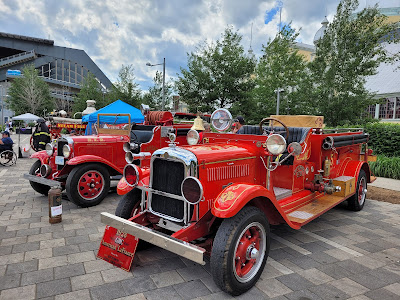 One evening in July there was a rainbow to be seen. 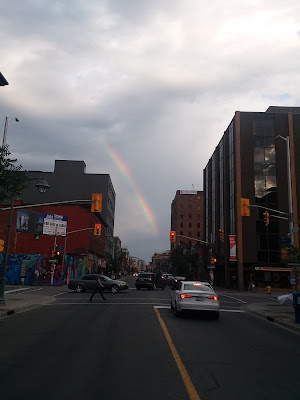 This huge mural is on the side of an apartment building downtown. 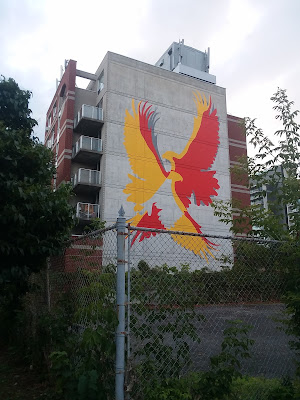 Passing through Victoria Island one day, I paused at the old mill, now long since fenced off. The Peace Tower was framed in one of the open windows at left. 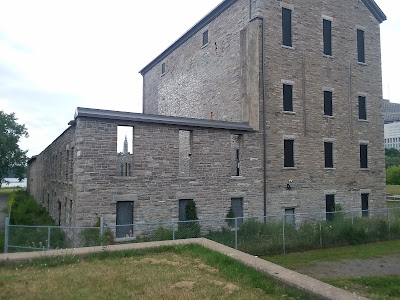 At the beginning of August, I had to go out to Nepean on a couple of days for a first aid course. This church, All Saints Lutheran, caught my eye. 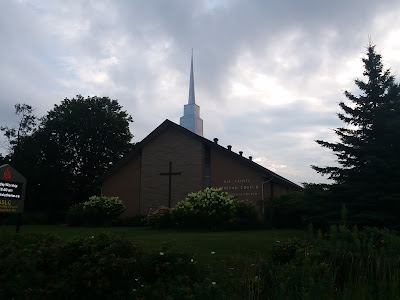 Close by, the overpass of the 417 freeway looking east. Nepean is one of the cities that was amalgamated into Ottawa as a whole- effectively the amalgamation of the former region of Ottawa-Carleton. This created a geographically very large city, but much of it remains rural, outside the urban centres. 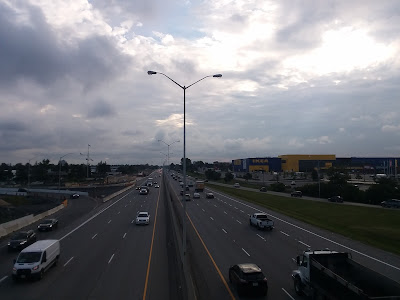 Buskerfest was back downtown this year. Because of my first aid course, I missed much of it. These two shots were taken during the group finale show on Sparks Street. Checkerboard Dave is in the middle of a routine, while other buskers are sitting nearby in the background. 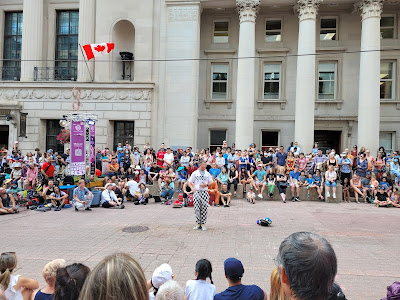 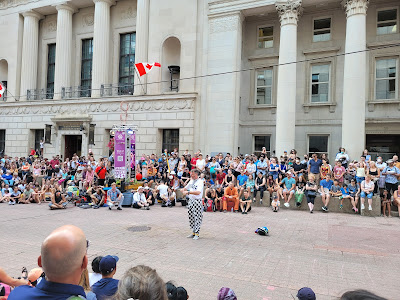