Starting off today, here we have the Lockheed Electra, an early small passenger plane. This particular one has a storied history, having had been flown around the world by pilot Ann Pellegreno, retracing the route of Amelia Earhart thirty years after her ill-fated flight. 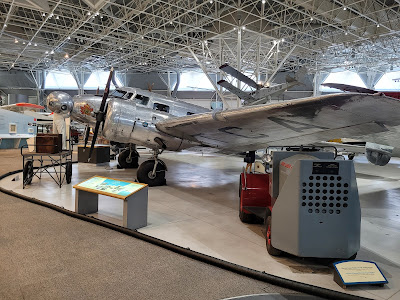 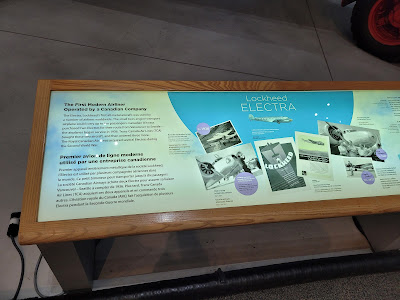 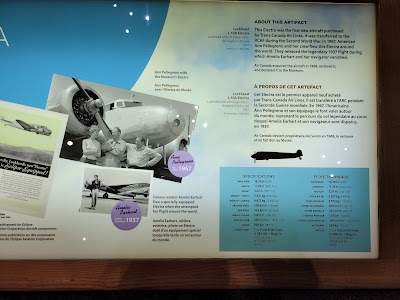 I moved off into an area that features profiles on the air industry, individuals, and moments of history. Such as 9/11. On that day multiple flights from overseas landed in Canada- many of them in the small town of Gander in Newfoundland. 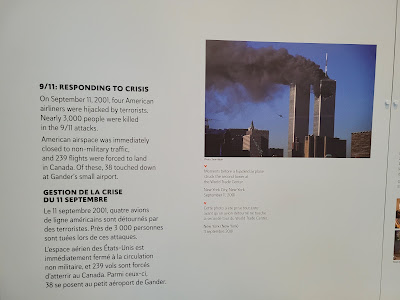 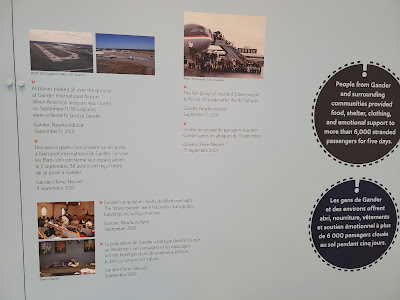 Items of a British man who died in the Towers that day are displayed here. 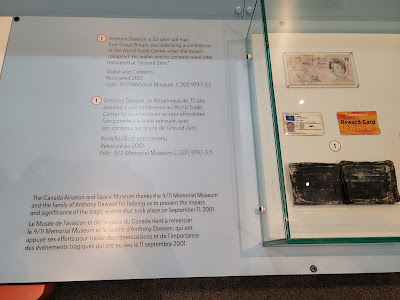 Here we have a plane fragment and a piece of steel that was part of the World Trade Center. 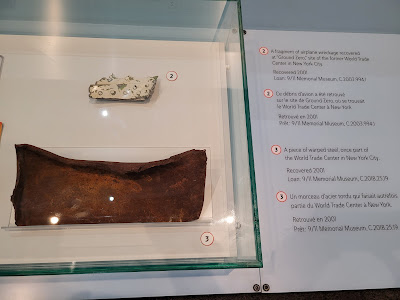 Patrick Woodford was an air traffic controller in Gander on 9/11. 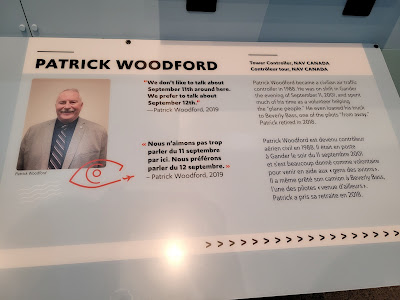 Melissa Haney is a pilot for Air Inuit in the far north. 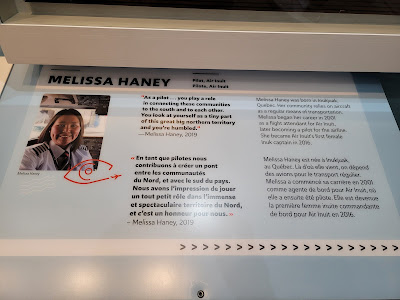 Flight into the far north is an essential aspect of life, especially in cases of medical emergency. 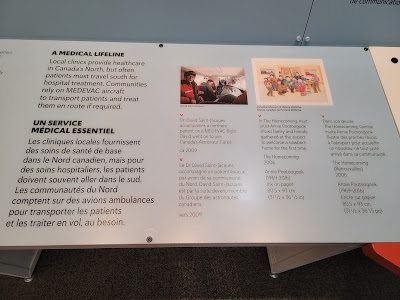 Dave Vandorp is another of those who have spent time living in the far north as part of the job in keeping that part of the country connected by air. 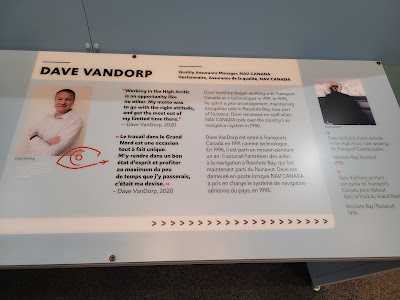