The Lancaster- the backbone of Bomber Command as it is called in the accompanying display. This particular Lancaster was built in Canada and sent to Europe in March of 1945, but the war ended before it could see action. It was repainted two decades later by the RCAF in the markings of another Lancaster that had seen extensive service. There is something about this plane- and planes of the era- that I find incredibly beautiful. A weapon meant to kill and bring about destruction, but all the same beautiful. 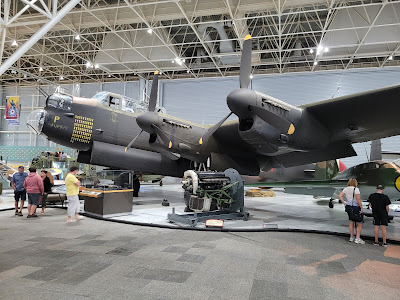 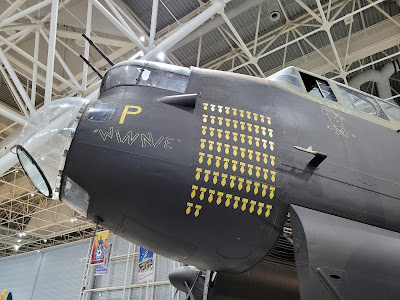 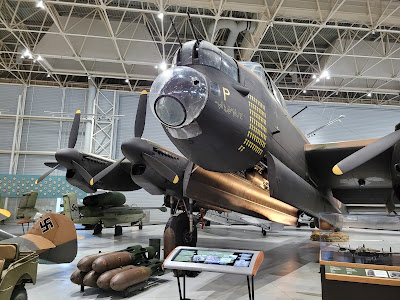 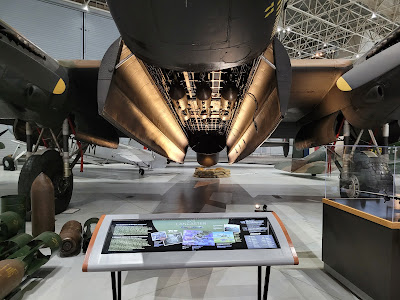 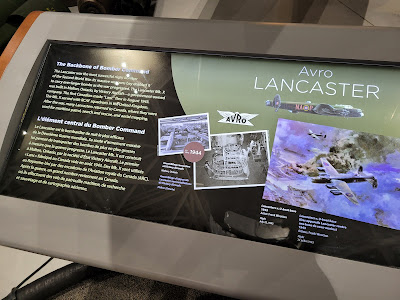 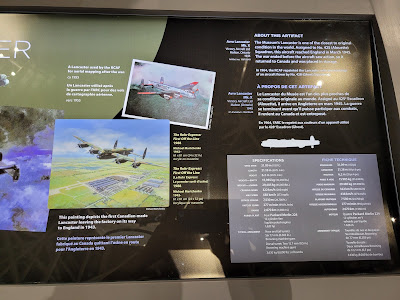 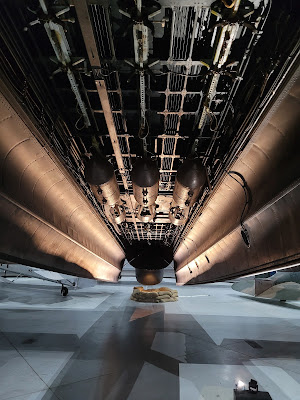 Close by, another icon of the Second World War: the Supermarine Spitfire, a mainstay fighter plane of the RAF and the RCAF. Another beautiful plane. 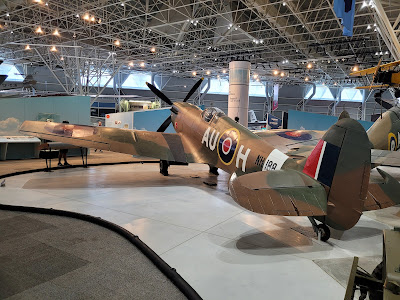 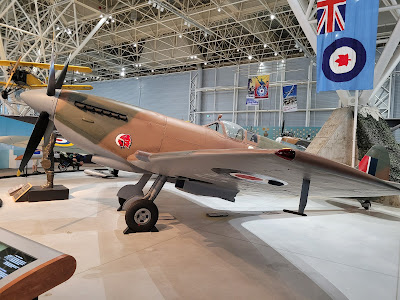 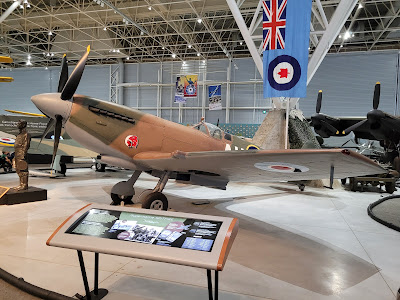 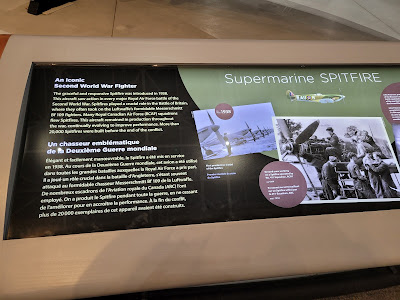 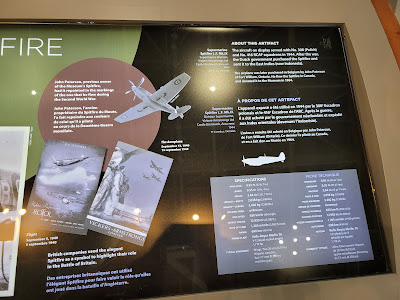