Warfare In The Air

One of the prize artifacts in the Canada Aviation And Space Museum is a Lancaster bomber. The RCAF typically used these during the Second World War. Our first glance at it is from behind, with the rear gunner position. 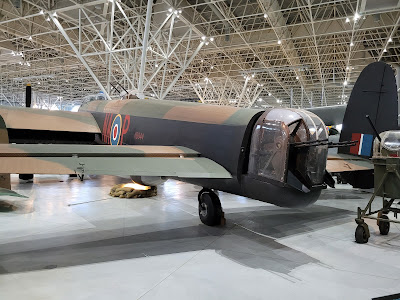 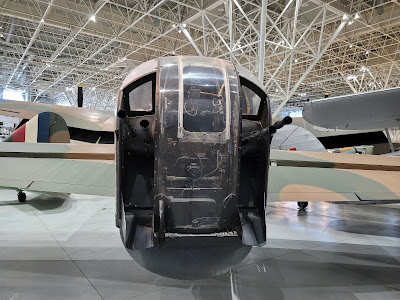 A detached version of the turret is on display close by for reference. 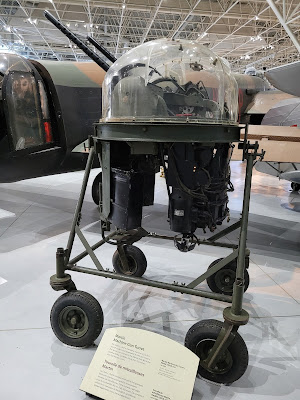 Close by is a Swordfish, a biplane that went into production in 1936 and saw some good use during the war, despite their slower speed. They were easier to launch off carriers, and it was Swordfish planes that played a critical part in the sinking of the German warship Bismarck. 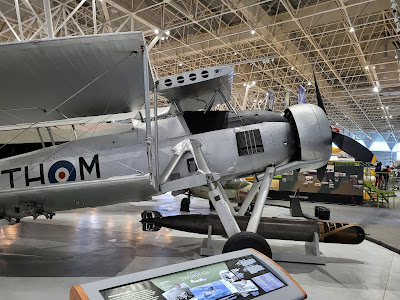 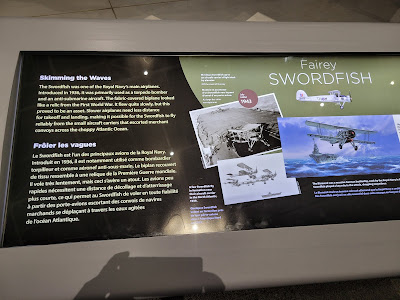 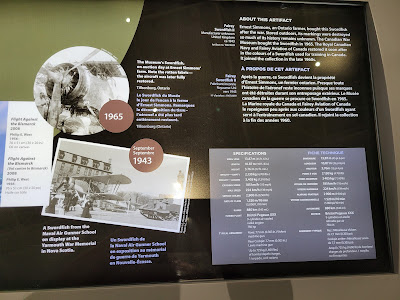 Beneath one of the wings of the Lancaster and dwarfed by it is a German rocket plane, the Messerschmitt Komet. Its high speed made it impractical for combat flying. 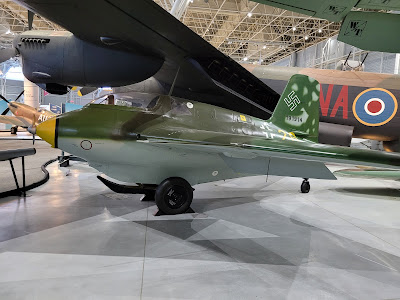 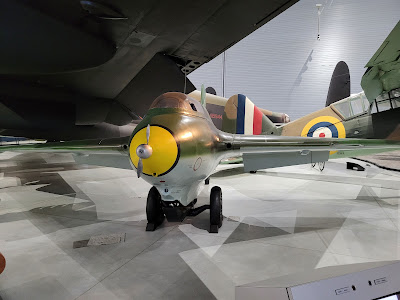 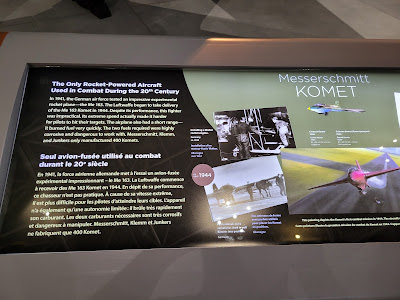 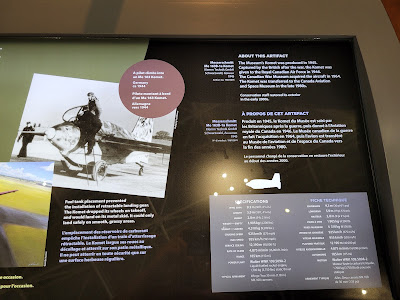 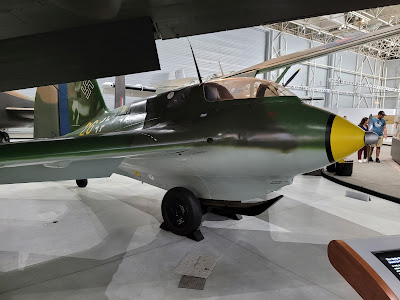 A model of the Lancaster is displayed alongside the big plane itself. 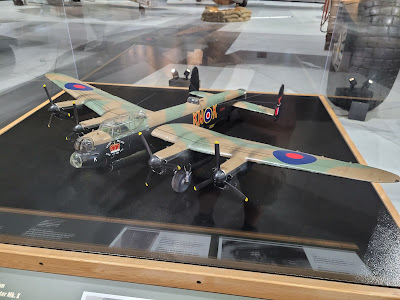 And here she is. We'll take a closer look at this plane tomorrow. 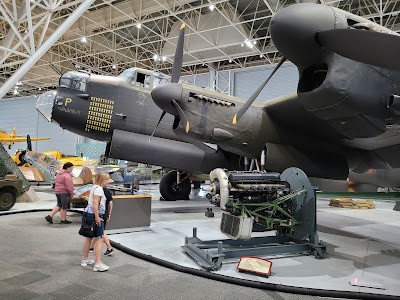