A life sized statue of a Canadian ace of World War Two stands between two iconic fighters of the Second World War: the Spitfire I showed you yesterday and the Hurricane in the background here. George Frederick "Buzz" Beurling is nicknamed the Falcon of Malta or the Knight of Malta. 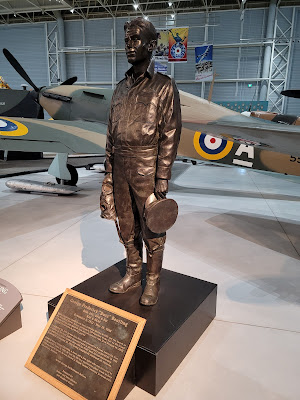 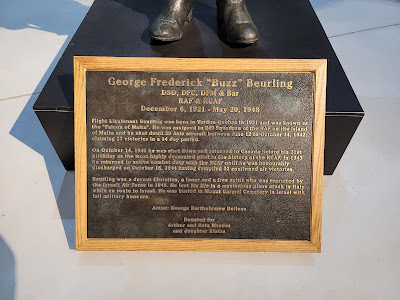 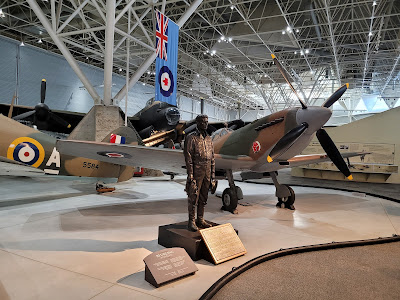 Here we have the Hurricane, used by British and Canadian forces, and an absolutely essential fighter of the war. 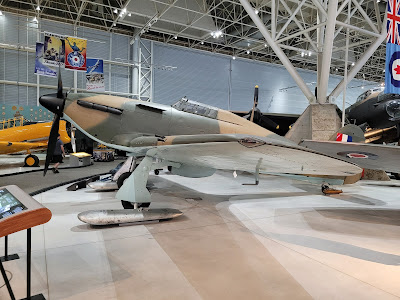 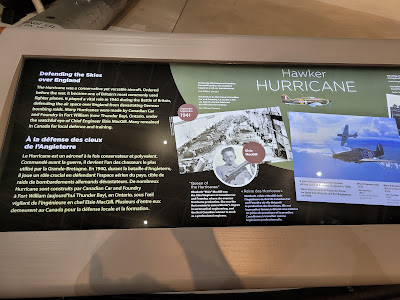 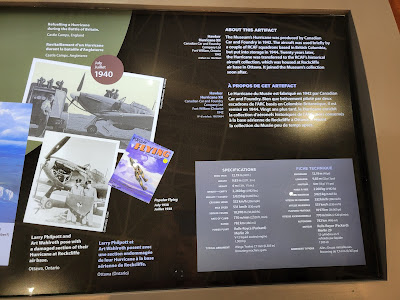 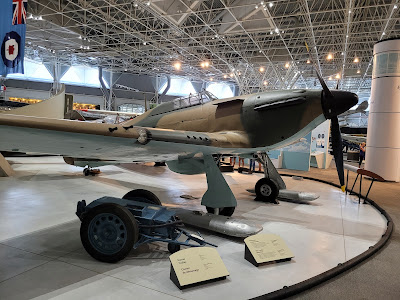 Next to it, another superb fighter, the Messerschmitt Bf 109 of the Luftwaffe. A match for the Spitfire or the Hurricane- in the end it really came down to the skill of the pilot. 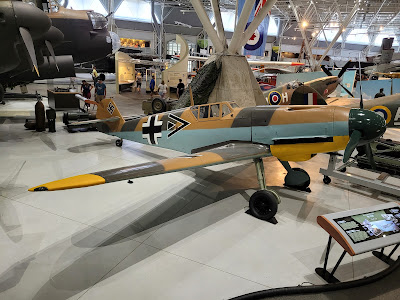 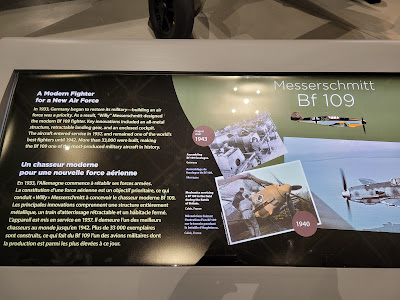 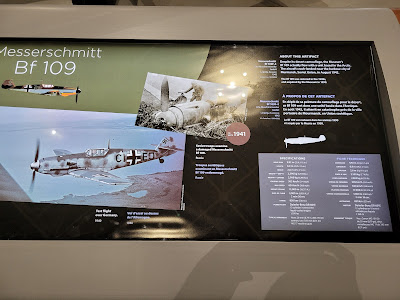 Another plane of the Luftwaffe rests beneath the other wing of the Lancaster. This is the Heinkel He 162 Volksjager. 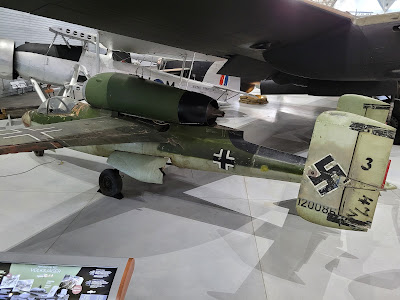 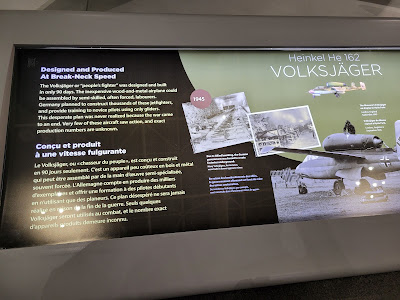 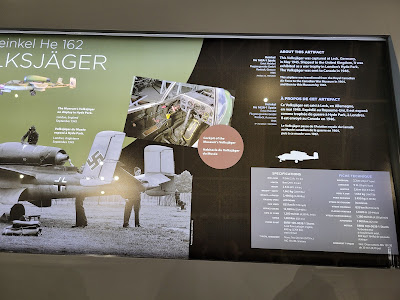 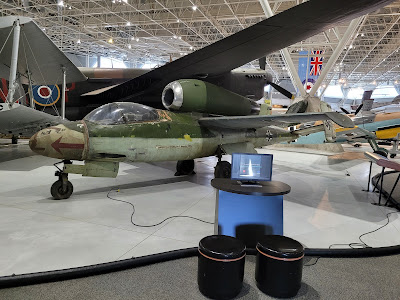