The Canada Aviation And Space Museum

One day in the first half of August I decided on a visit to the Canada Aviation And Space Museum, another of our national museums in the capital area. It's on the east edge of the Rockcliffe Park area, and still home to an active airport for single engine planes. Getting there if you don't have a car is a bit of a challenge, which I knew already from previous visits. I got off from a bus and walked in, coming along the Aviation Parkway and taking these two shots. 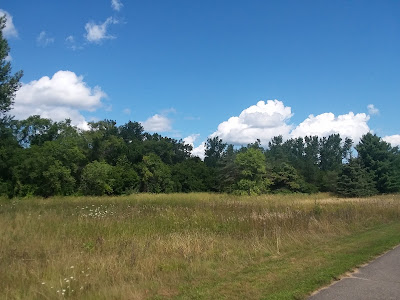 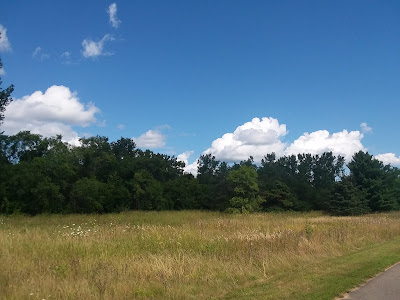 Approaching the property, I took this first shot, which includes the annex hanger. 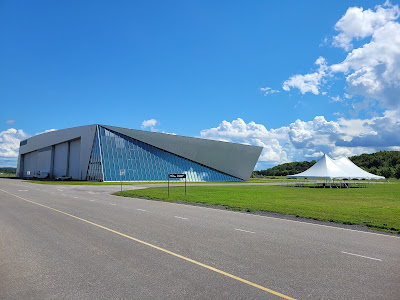 The main building is here- appropriate for its theme. It is one vast hanger, open in design, with civilian and military aircraft from the country and beyond inside. 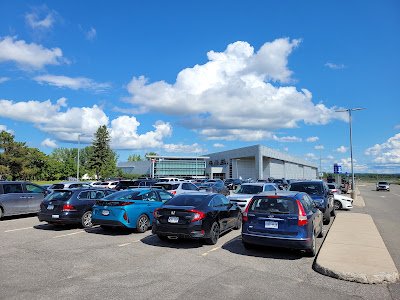 Coming inside, the first thing you see is this plane suspended from above. These are used by the Snowbirds, a Canadian military flight team. 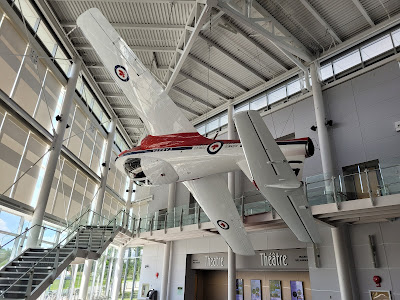 Another thing you see is this large cylindrical structure. It is a hall of honour for the Royal Canadian Air Force, founded in 1924. Flags and a ceremonial sword are placed beneath the crest high overhead. 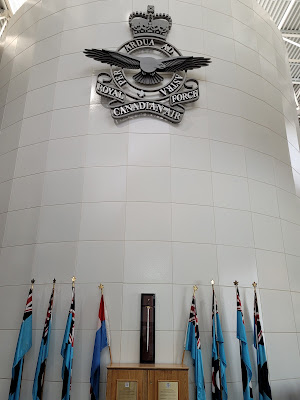 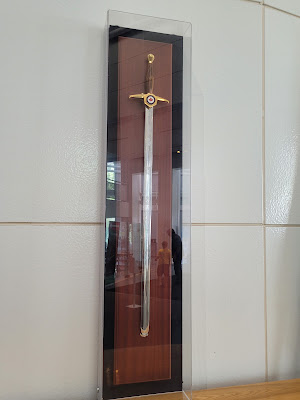 The interior of this space is fascinating. A topographical map, mixed with a three dimensional version beneath the glass, rings around the room. 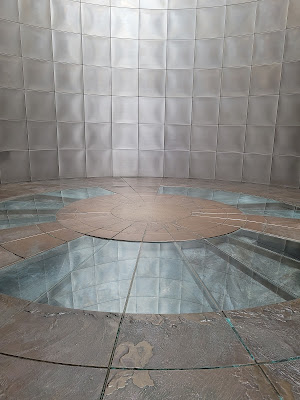 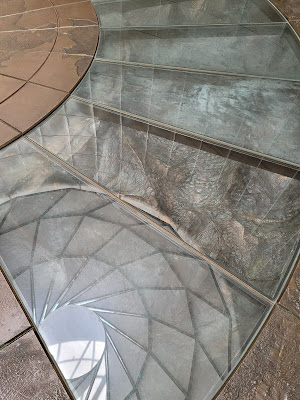 Overhead is an occulus, with sunlight coming in from the open skylight windows on the roof here. 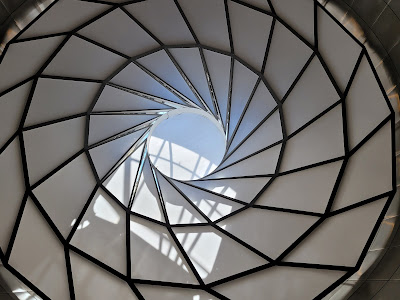 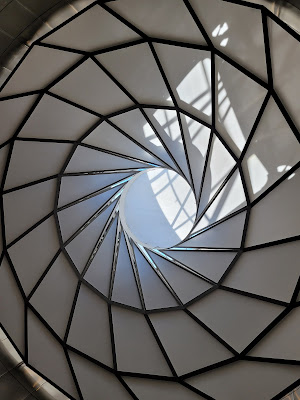 Outside again, a dedication for the space. The RCAF motto is Through Adversity To The Stars. Very fitting. 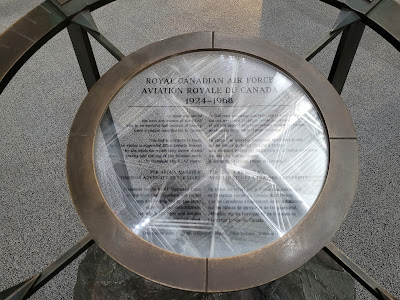