I begin today with two planes. The one resting on the ground is a Curtiss JN-4 Canuck, while suspended above is a Nieuport 12. Both plane types would see service in the Great War. 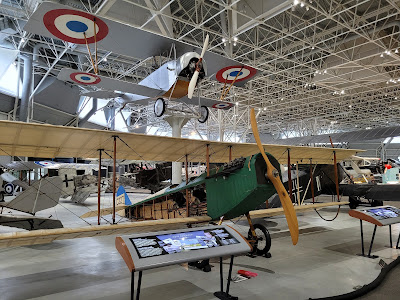 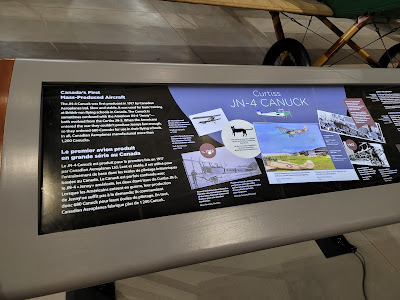 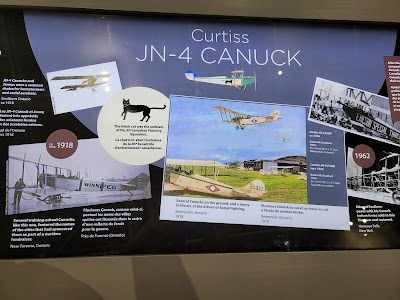 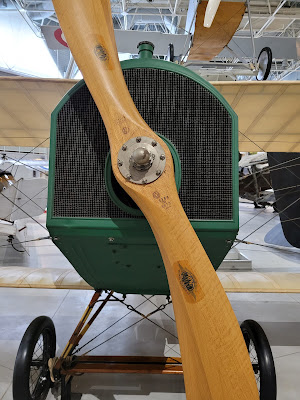 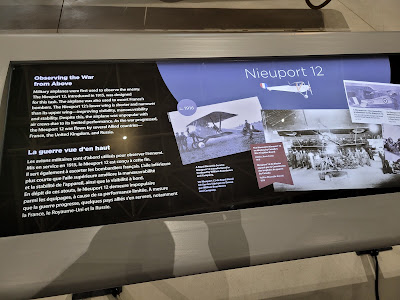 Technical specifications of planes- size and speed, for instance- are included with displays. 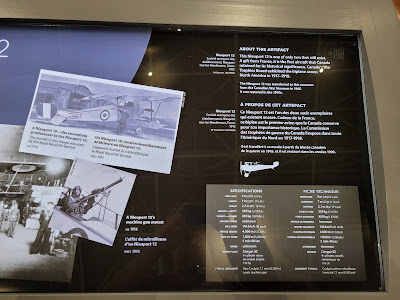 As I mentioned yesterday, warfare in the sky was invented on the fly by young pilots, but it was hazardous in the extreme. Survival rates were low. 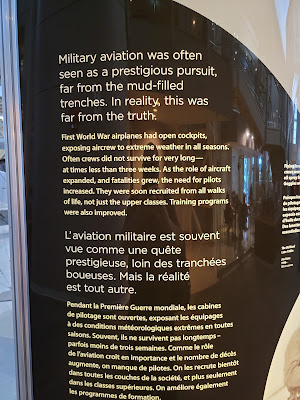 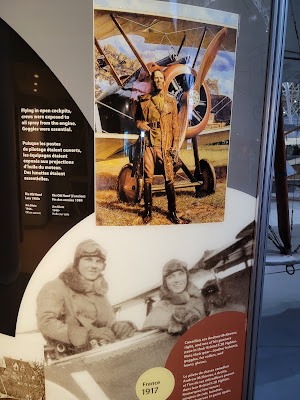 A look at planes to come. 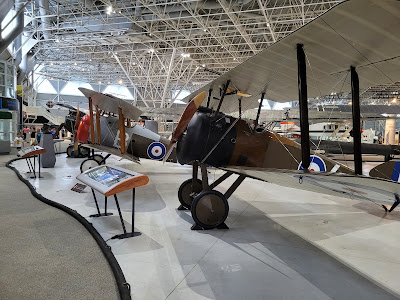 But first, this diorama caught my eye. John Reid created this in 2013, titled The Homecoming. A Canadian pilot coming home from the war looks upon his work in progress plane with very different eyes. 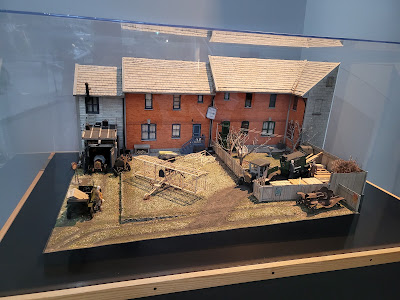 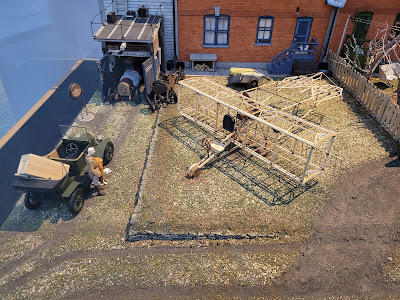 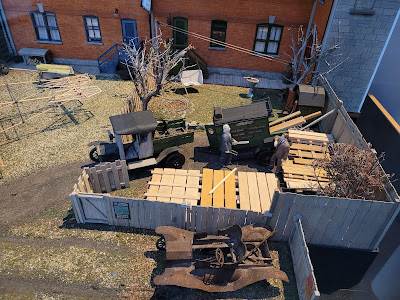