From where I left off yesterday, the trail started moving away from the lake for awhile. 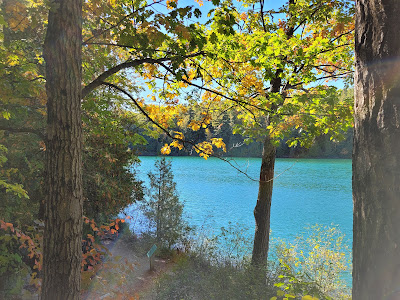 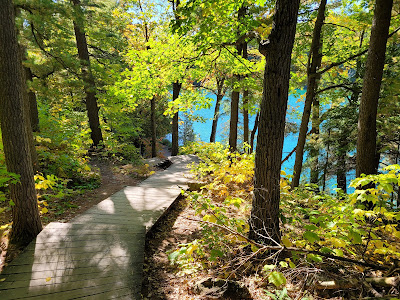 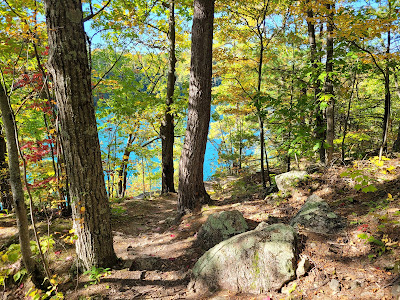 I went up higher, to an area with some fenced off sections. The reason for the fencing is clear here- there are some old mine shafts, from a couple of periods of time early in the 20th century and briefly after the Second World War, when the mineral mica was mined here. An interpretive sign notes the story. 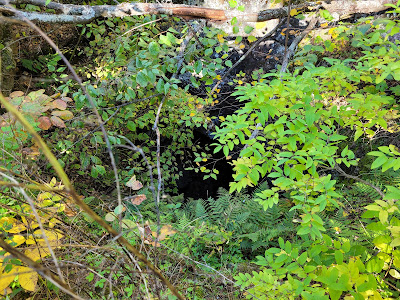 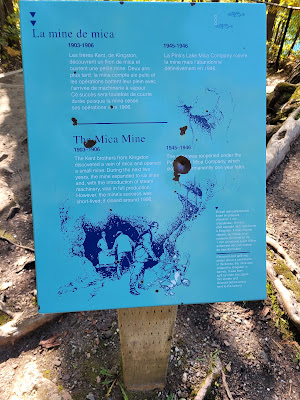 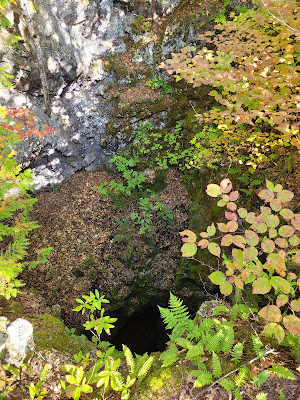 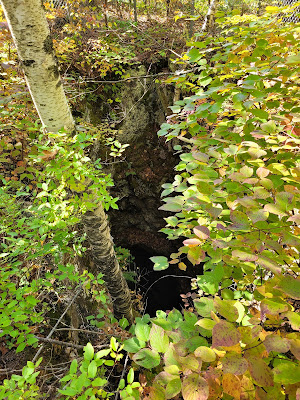 The trail led on. 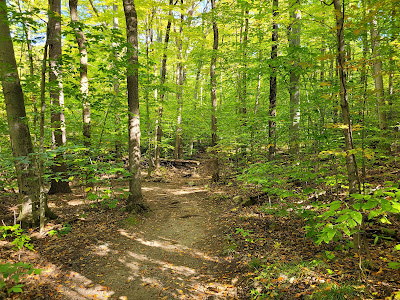 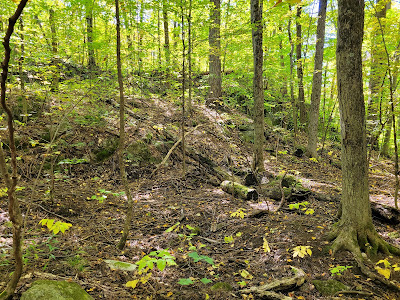 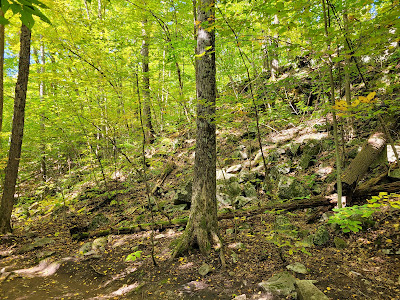 And it started venturing back towards the water. 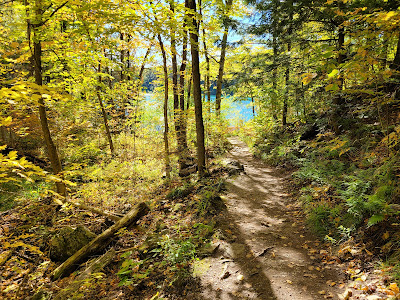 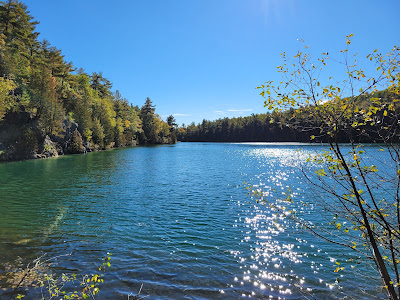 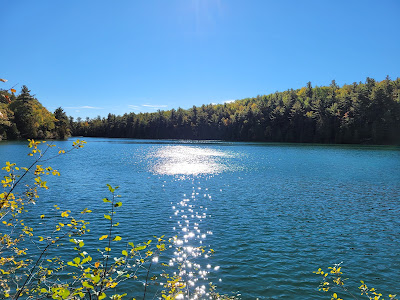 At this side of the lake, an interpretive sign gives the visitor a surprise: among the fish in the lake is the three spined stickleback, a fish normally found in the ocean. Following the ice age, when this whole area was covered for a time by an arm of the Atlantic, the sea retreated. Sticklebacks were trapped in this and other lakes that became freshwater- but because Pink Lake transitioned to fresh water much more slowly, the fish adapted and became a freshwater species in this lake. 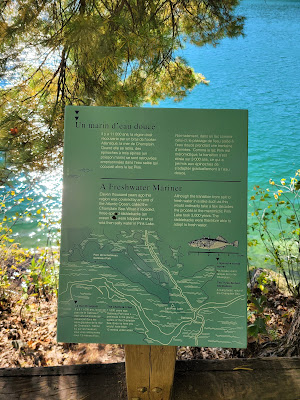 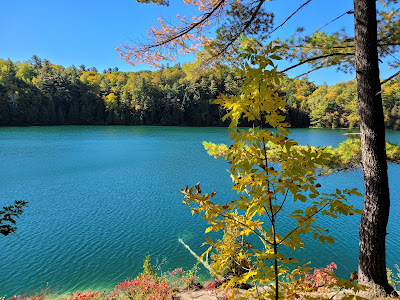