The far wall is dominated by a Union Jack and a large scale photograph of the original Centre Block, taken the day after the disastrous 1916 fire. Display cases below feature items salvaged from the fire. 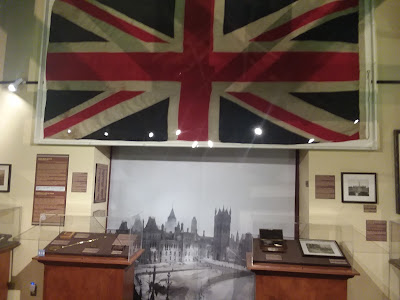 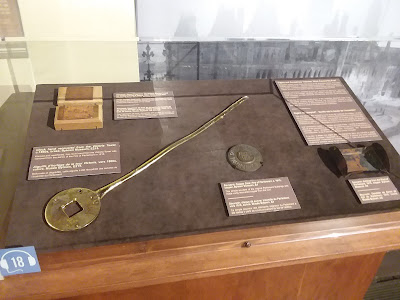 There was much controversy about what had happened; this was, after all, wartime, and sabotage was suspected. To this day there are still unanswered questions. 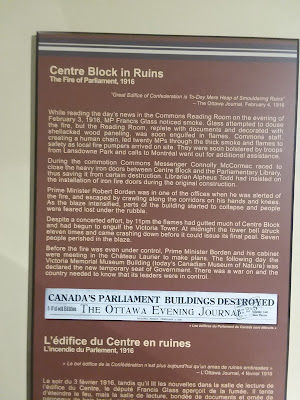 But while the government took over the Victoria Memorial Museum for its business for a few years, rebuilding Centre Block became a priority. 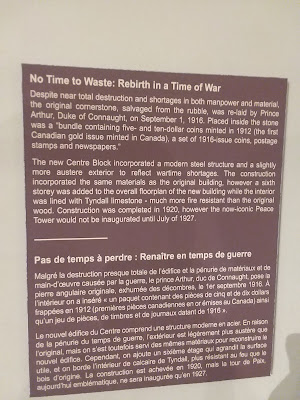 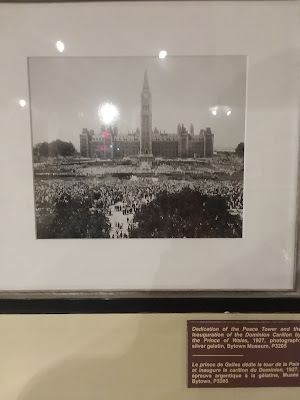 Another subject tackled here- the South African War. The city sent some of its sons as part of the Canadian contingent to that conflict. Photographs of the war can be seen on a nearby screen. 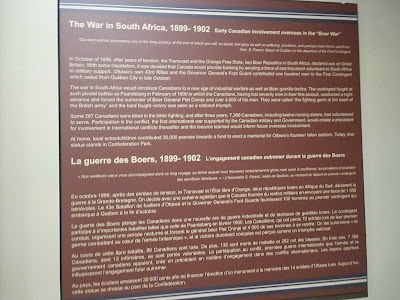 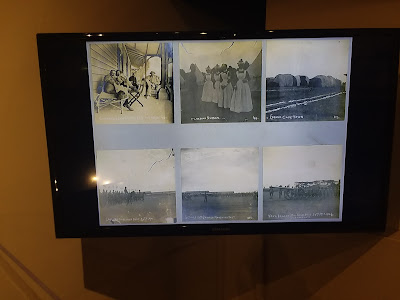 These photographs are of the First World War, which is where the Bytown Museum's story comes to a close. 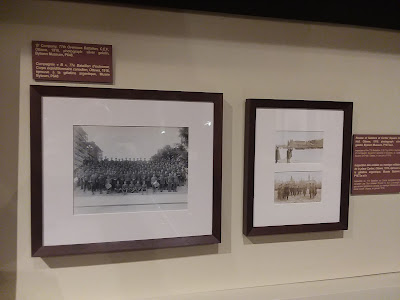 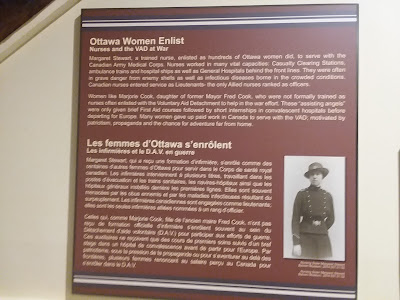 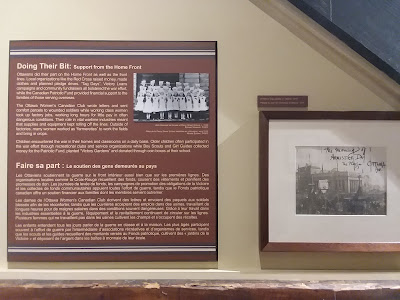 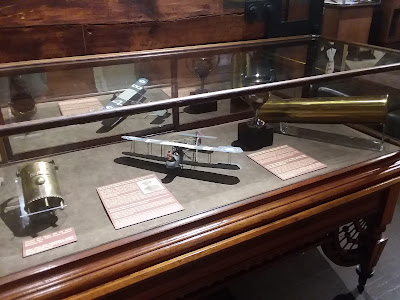 Two last shots to round out this visit. 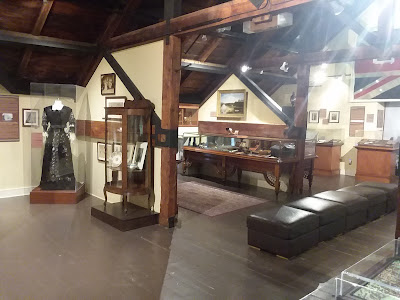 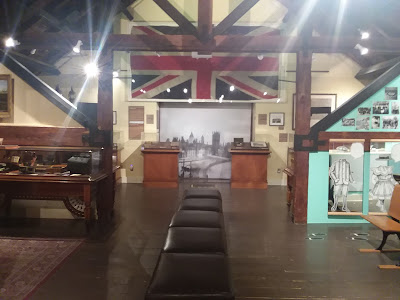