Pop Culture In A Convention Centre

Ottawa Comicon was back this year after Covid interruptions, and as usual was down at the EY Centre near the airport in early September, Showcasing comics, costumes, merchandise, comics creators, panels, and celebrities, it's an annual tradition not on the scale of the San Diego one (that's in a league all by itself), but it's a lot of fun. I went on the first day of the event. A colleague went the second day; he had never been before and said afterwards that it was a blast, not to mention also being a sensory overload. 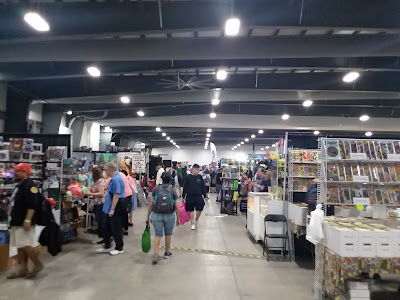 I went mostly in search of merchandise and to chat with artists- not to mention photo ops. Making my way through the first time around it was reconnaissance for what I wanted to buy. I was tempted with this Chewbacca. I did leave with a couple of mugs, two prints from artists, shirts, and several trade paperbacks. 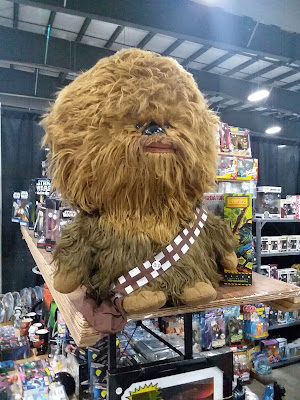 This cosplayer on stilts was playing the part of Groot of the Guardians of the Galaxy, holding an appropriate wanted poster for his colleague Rocket. 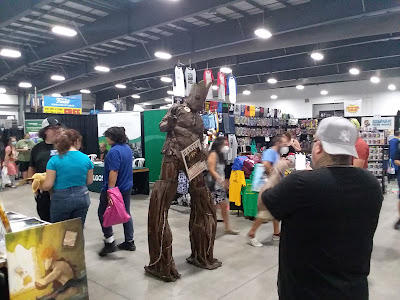 These caught my eye. 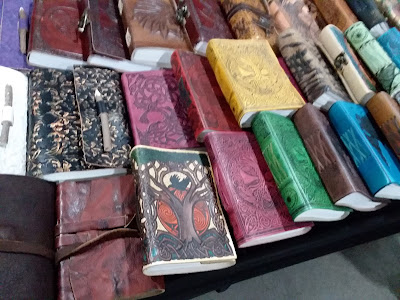 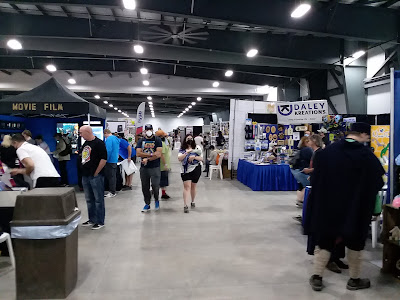 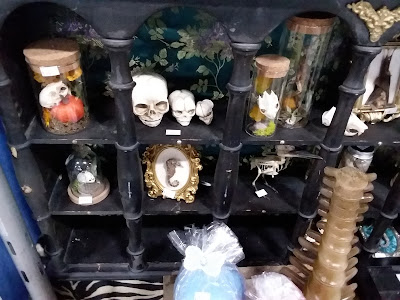 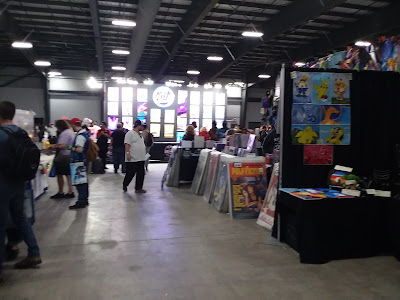 I came across a place I'd bought shirts from before, and this time came away with two: the Moon Knight one at lower left. 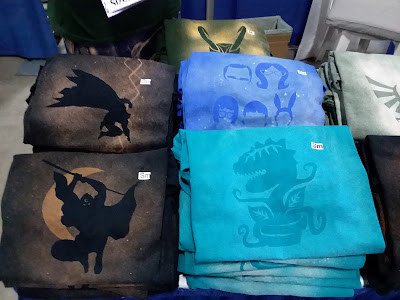 And the Fellowship of the Ring at bottom. 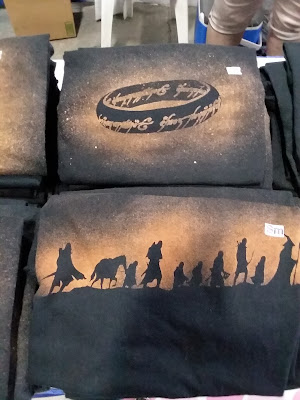 Another shirt business, and pretty much the biggest retail layout of the convention. I came away from here with four shirts. I'm running out of drawer space. 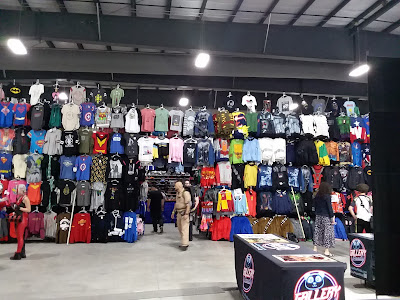 For today I leave off with this cardboard fellow who might be familiar to horror fans. 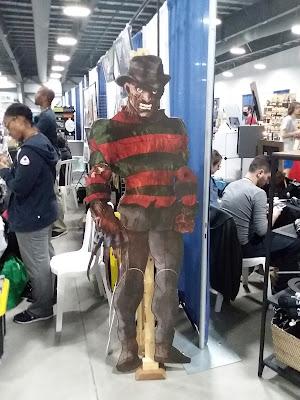