The Estate Of A Prime Minister

My next stop in this trip into the Gatineau Hills was at the Mackenzie King Estate. One of our greatest prime ministers, William Lyon Mackenzie King, had this place as his retreat for fifty years, starting in 1903, and willed it to the country. 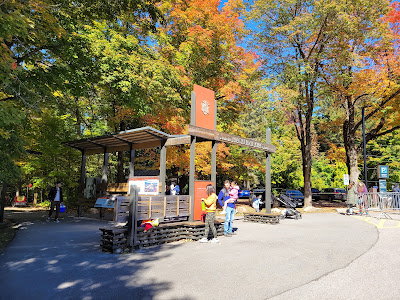 At the entrance are several information plates about the estate and about Mackenzie King. There are three named homes on the property, one of which is The Farm, the official residence of the Speaker of the House of Commons. The other two can be visited by the public: Kingswood and Moorside. 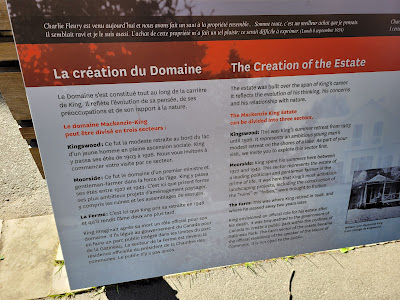 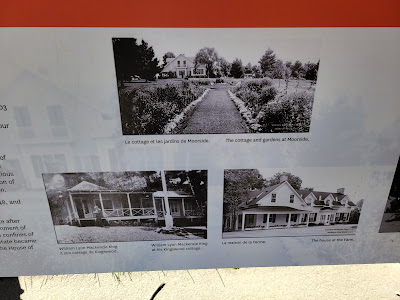 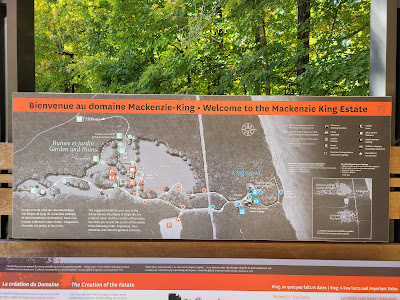 Mackenzie King spent the bulk of his adult life in politics, with a few years in the 1910s working as a consultant for the Rockefellers, and over time developed the property into a true home with a unique vision- a mix of old fashioned Scottish sensibility and sentiment. From the start, when he bought up land along Kingsmere Lake (the name preceded him), he wanted a place he could get away from it all. 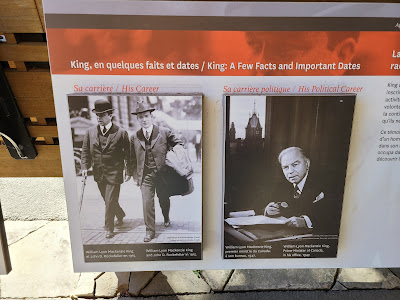 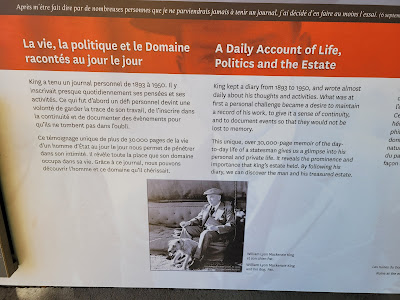 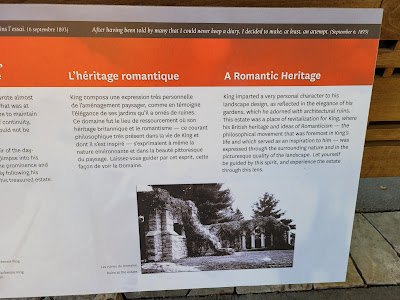 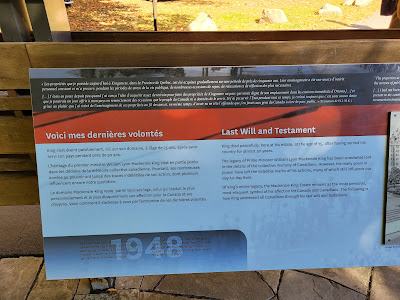 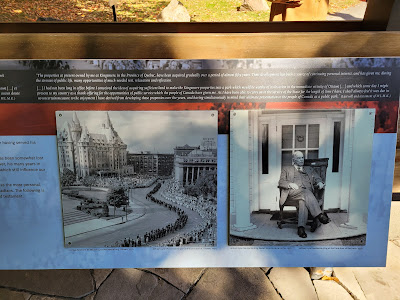 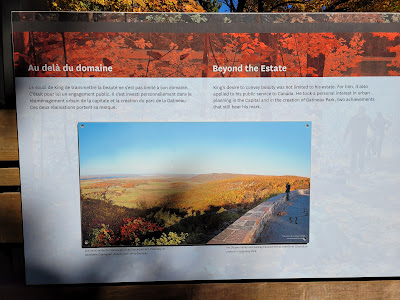 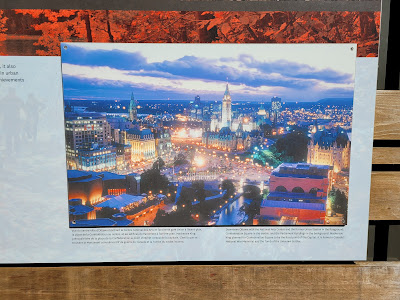 One last look at the parking lot, with some bright fall colours. 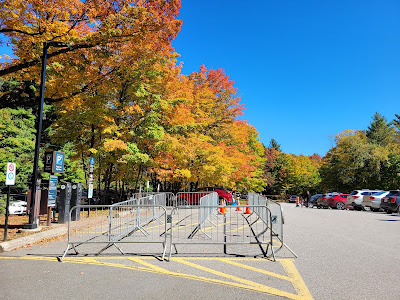 Here and there on the estate are quotes by Mackenzie King, in French and in English. 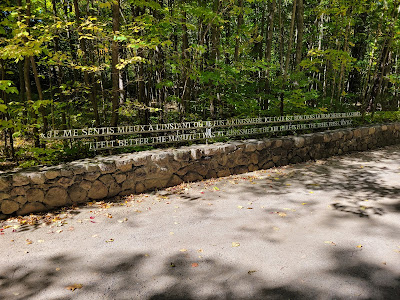