Pink Lake is a particularly picturesque and unusual lake in the heart of Gatineau Park. So named after the Pink family, who had a timber operation here in the 19th century, this lake is one of the stops for the fall shuttles through the park. I stopped first at the two-level lookout. 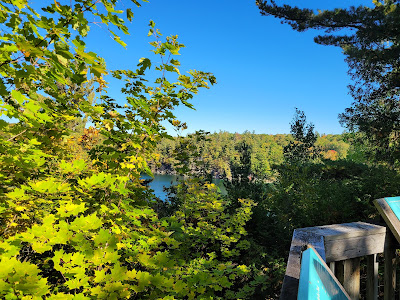 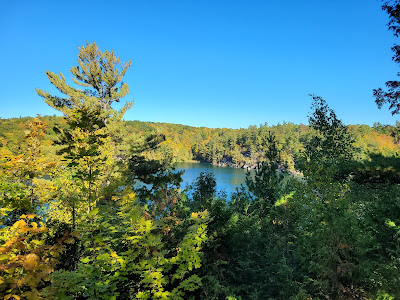 Interpretive panels on the lower level go into detail about the lake's history and unusual nature. Once thought to be polluted, it was found instead through careful study to be suffering from erosion issues- something that extensive rehabilitation of the surrounding shores works to deal with to this day. It was also found to be a true rarity: a meromictic lake. The layers of water in the lake do not mix like they would in other lakes within the park, and this is rare indeed, with a handful of lakes around the world sharing this status. The deeper waters below 13 meters contain very little oxygen. And as has been seen over the last few decades at various times of the year the water has a green look to it- as it did on this occasion. 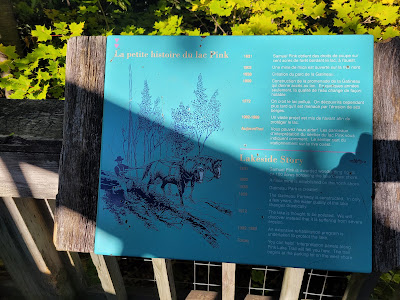 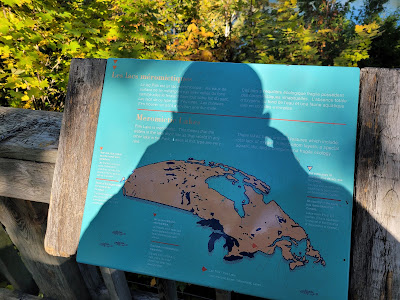 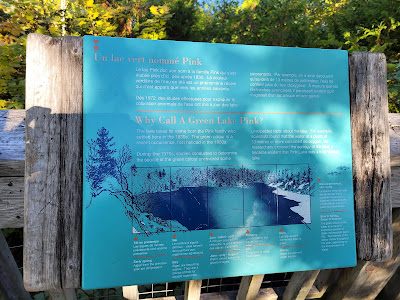 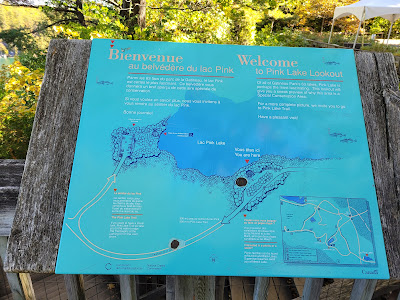 A look from the upper level. 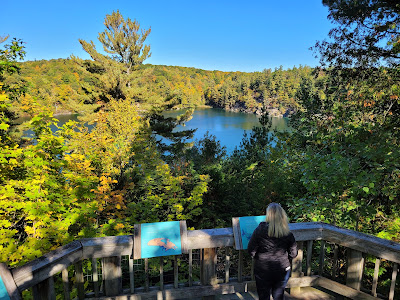 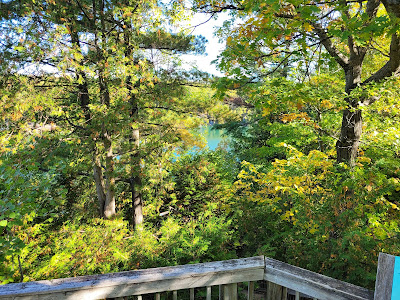 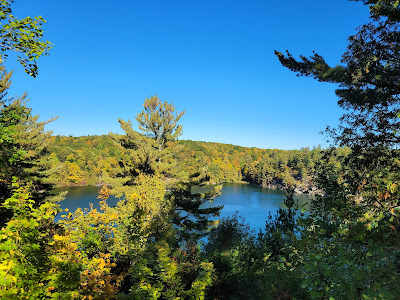 One look back at the drive in- there were a handful of cars present, but mostly it was for shuttle buses coming in and out dropping off and picking up people. 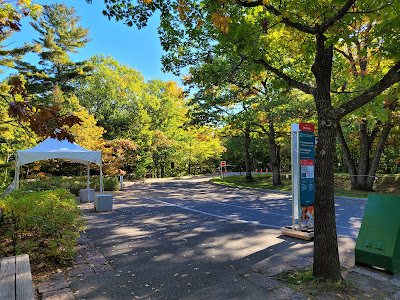 I went for the trail, heading down. Certain sections include staircases. 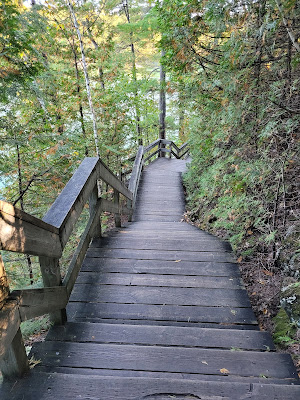 The lake itself drew closer. 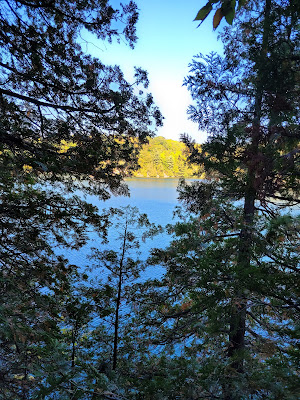 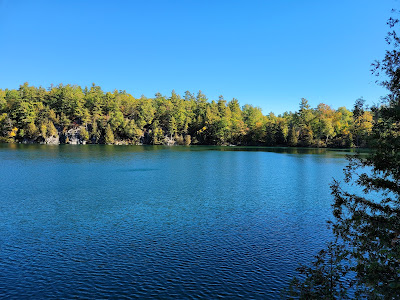 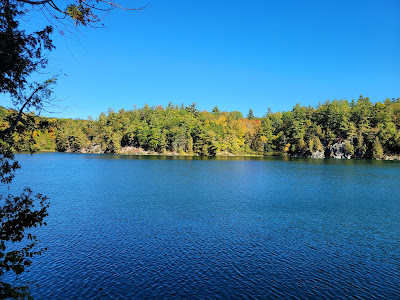 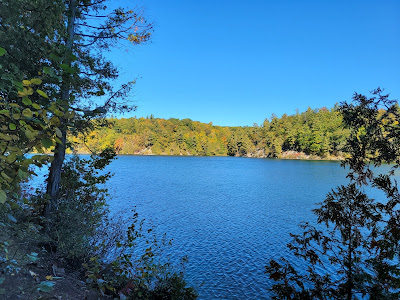