John By being a military officer, it made sense for him to have enlisted military men, most of them of one trade or another, to be part of the Rideau Canal project, working alongside and leading the civilian men also working on it. 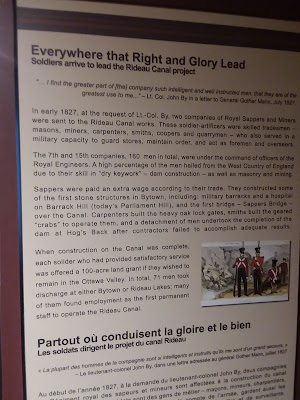 It was a project of thousands, and many of them died in accidents or of illness. This also applied to their families. 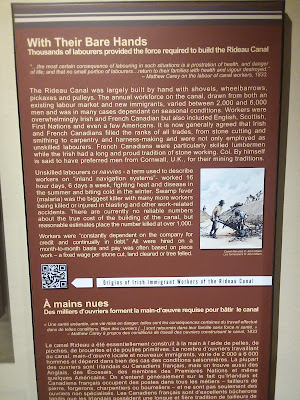 Some of the tools and equipment of that time are in this display case. 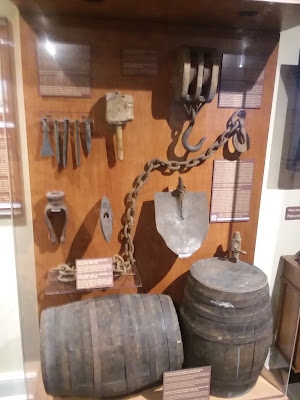 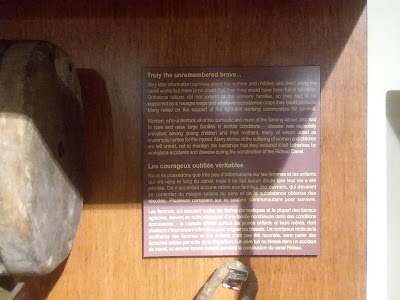 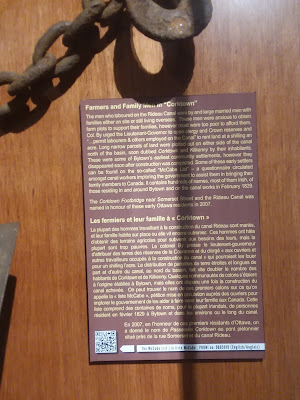 Bytown would become a focal point of the timber industry in North America at this time. 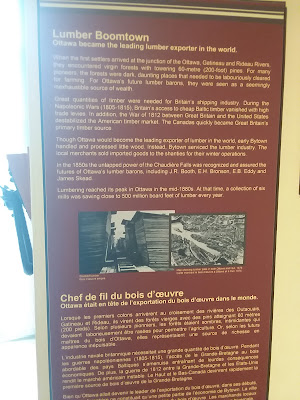 This table, featuring thousands of pieces of inlaid wood, was created by a manager at the E.B. Eddy company and displayed at the Philadelphia World's Fair in 1876. 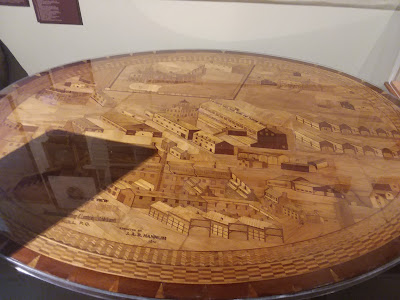 The painting here is of J.R. Booth- the pre-eminent timber baron of the age in Canada. Artifacts of his life are below. 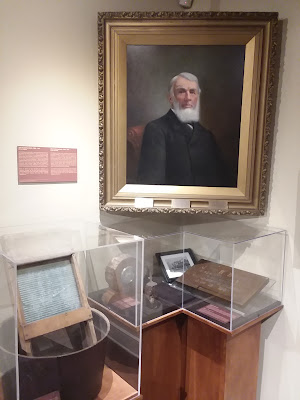 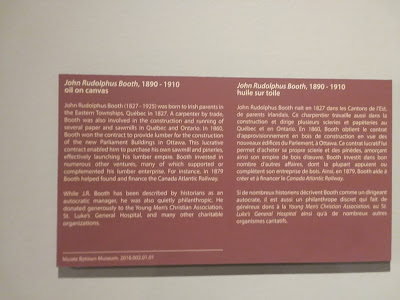 Throughout the Ottawa Valley and beyond in the 19th century and into the early 20th, the lumber industry went on- heedless of consequences, with no thought of sustainable logging- with many men taking part in it. 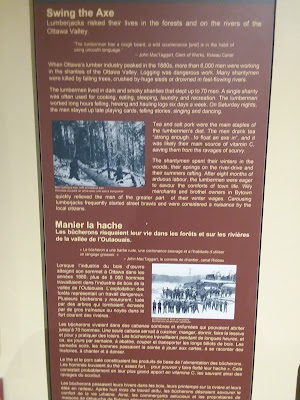 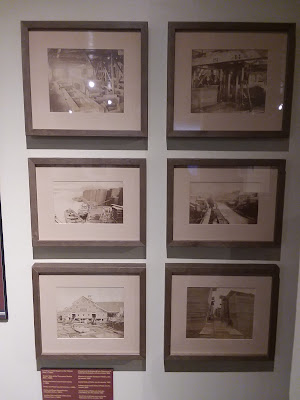 A display case here includes some typical lumberman's items. Note the studded boots- absolutely essential for maneuvering on a collection of logs in the water. 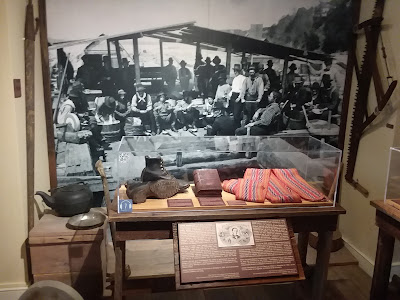 One of them led a life that became a legend. Joseph Montferrand ranged across the Ottawa Valley, and stories were told about him down through time that made him larger than life. Stories are still being told about him. 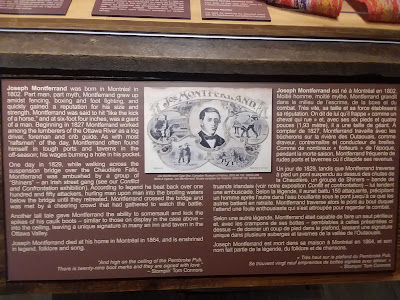 I close today with a close up of that sash. 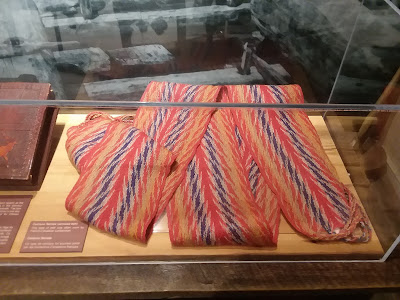