I was quite taken with this reproduction of the ISS cupola, and the footage from it as it passes over the globe. When I was leaving, I stopped by the museum's gift shop. I bought a pen, a shirt with the Spitfire on it, and a book by American astronaut Scott Kelly, of his photographs taken from the ISS. The book is titled Infinite Wonder: An Astronaut's Photographs From A Year In Space. He spent a good deal of time in the cupola photographing the world in different ways, and he has a good photographic eye. 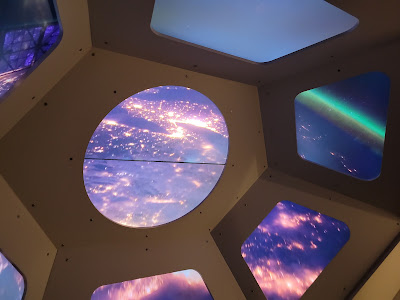 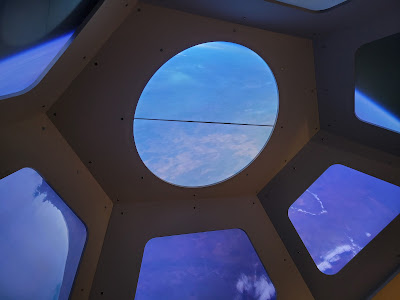 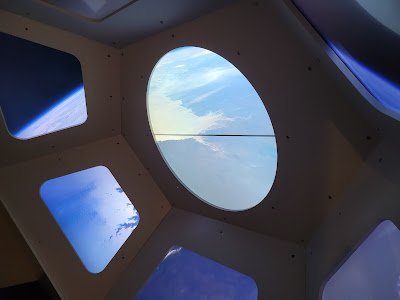 Among the many experiments astronauts take part in is looking at radiation exposure. A personal concern since you're exposed to it, mostly from the sun. 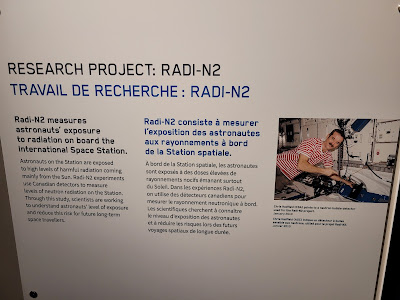 A wall of photographs of Canadian astronauts can be seen here. 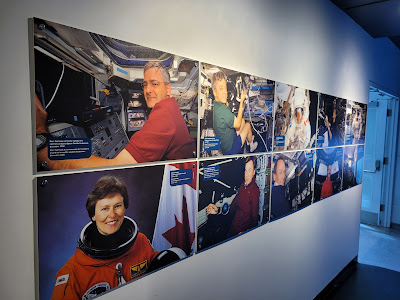 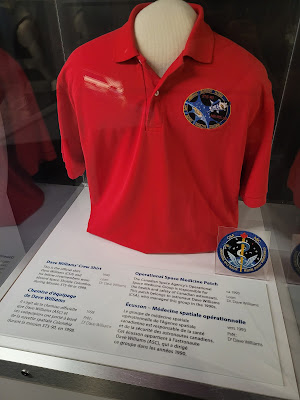 Time in space takes a toll, especially extended time. Part of what is being learned now by extended time on the ISS will be applied to the missions of the future- how do we compensate for the challenges that space puts on the body? And what lessons learned from the astronaut experience can be applied in general on Earth? 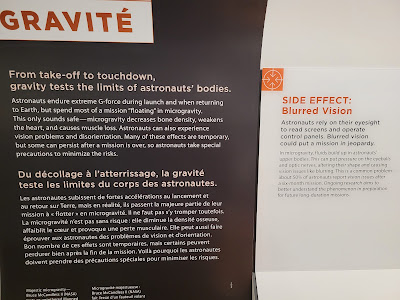 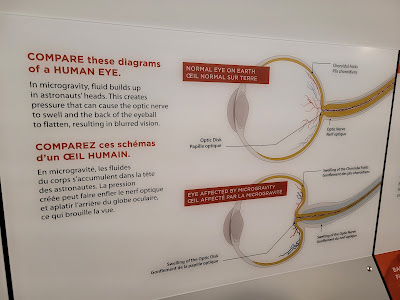 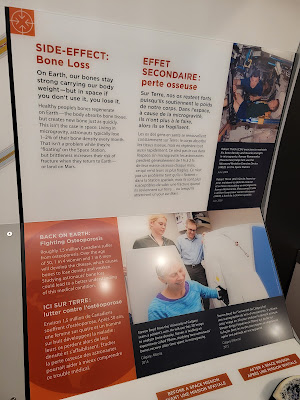 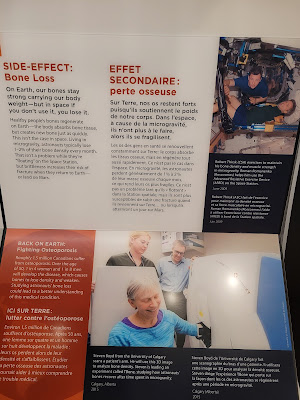 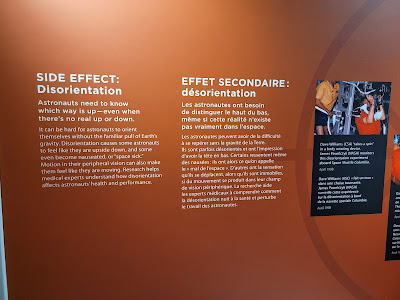 Questions to be resolved before a manned mission to Mars. Unlike going to the Moon, that's a mission that will take a lot longer. We conclude this visit tomorrow.