A display cabinet features various items of the Victorian era. 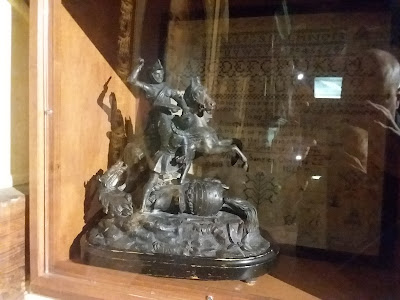 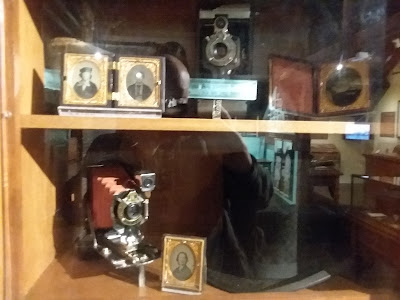 This painting is View Of The Ottawa River Looking Southeast Towards Parliament Hill And The Entrance Of The Rideau Canal, by Annabella McLeod, a parish teacher on the Quebec side of the river in the 1880s. 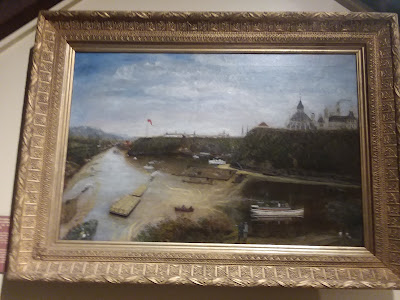 Many things drove the movement towards Confederation, the uniting of the British North American colonies into a country. 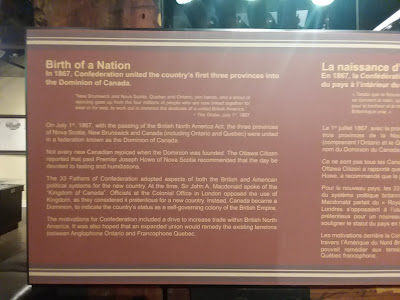 This photograph features the various Fathers of Confederation at a conference in Charlottetown. 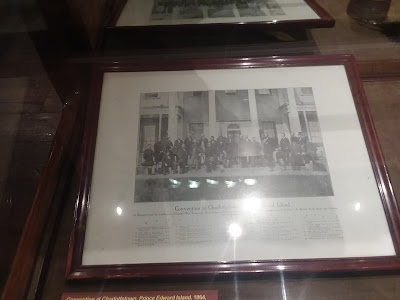 The co-premiers of the Canadas were a driving force behind Confederation, and are seen in this display case in two busts: John A. Macdonald and George-Etienne Cartier. 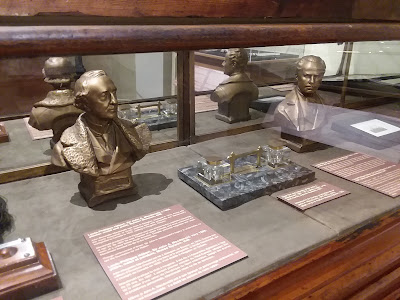 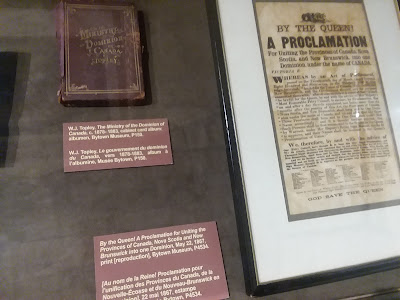 This is a print of the original painting by Robert Harris: Fathers Of Confederation, done in 1885. The original was destroyed in the Centre Block fire of 1916. 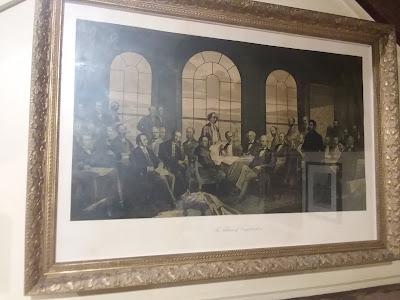 A ceremonial sword and medals for Lt. Colonel Brown Chamberlin, who led a volunteer force in the defeat of invading Fenians. The Fenian Raids, as they were called, were an echo of the Civil War, with Irish-American veterans seeking to ransom Canada to force Britain to grant Ireland its independence. Over a number of years these raids were put down when they happened. 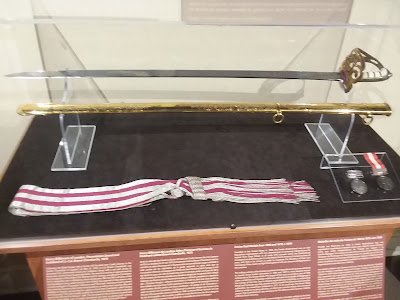 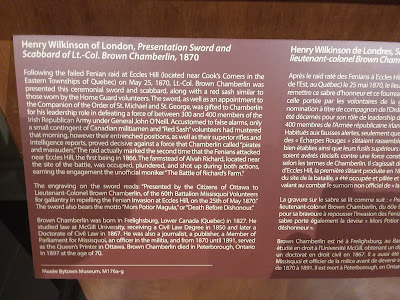 Thomas D'Arcy McGee had been an Irish radical in his youth, but had ended up in Canada where his views had changed. He had seen the value of a constitutional monarchy and parliamentary democracy, ended up in politics, became a close friend of Macdonald, and was one of the most eloquent voices for Confederation. 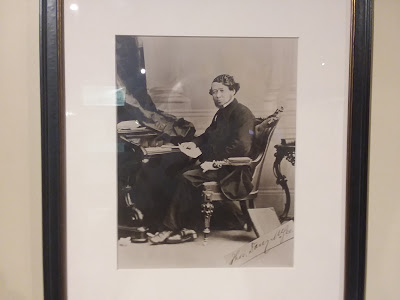 His former comrades never forgave him for what they deemed his betrayal. McGee was shot and killed outside his boarding house a block south of Parliament Hill coming home from the Commons one night. 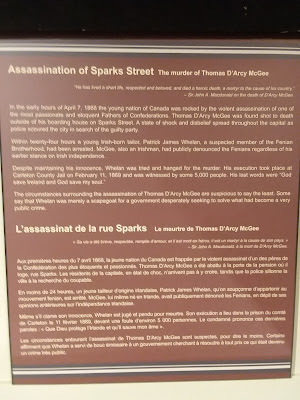 The assassination shook the country. 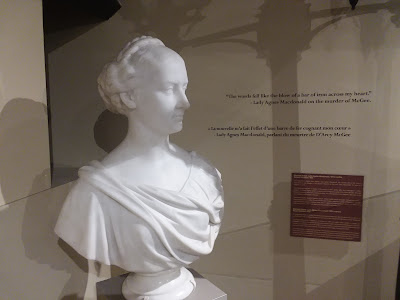 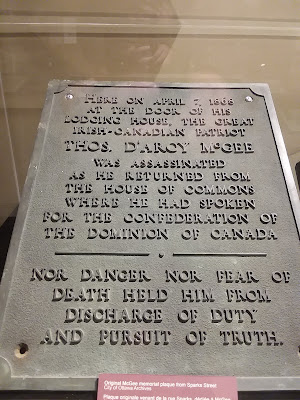 A display case features one of his books, and a plaster cast of one of his hands. It was not possible to do a death mask of his face (a tradition of the Victorian era) due to damage caused by the shooting, but this was an acceptable compromise for a man who had been so well known as a writer. 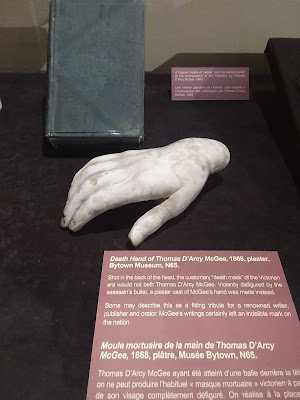