An Evening Stroll At Lansdowne Park

One evening in September I was at Lansdowne Park and happened to capture some photos around dusk. This is the Aberdeen Square, with the Aberdeen Pavilion at left. 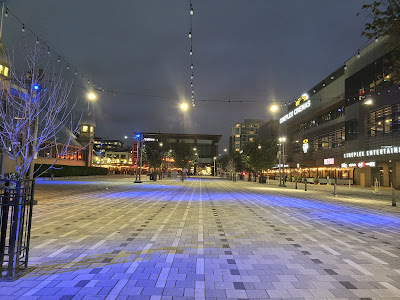 Over on the other side of the Pavilion, there were a few tell-tales of load out from an event earlier in the month, the City Folk music festival. 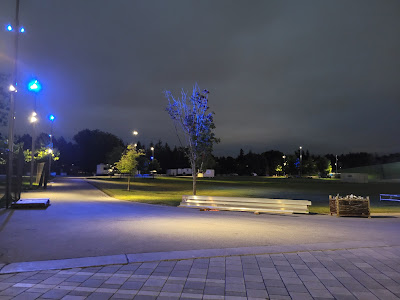 This looks towards the stadium, with the light sculpture all aglow. 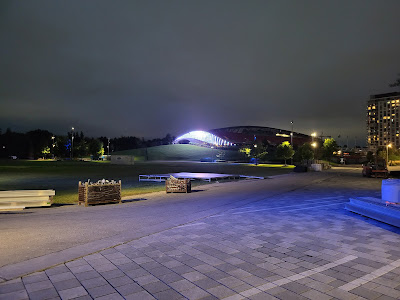 And this is closer to the Pavilion itself. 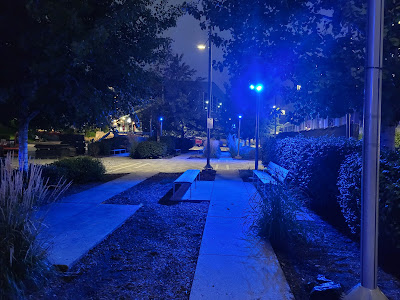 Later in the night, things were a bit different, with some of the lights turned down around the place. 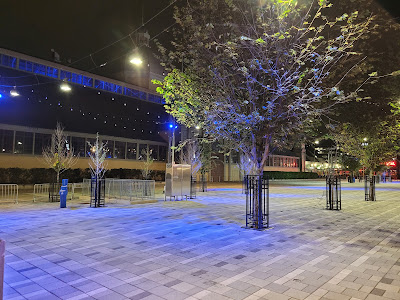 The Pavilion is always a treat to photograph. 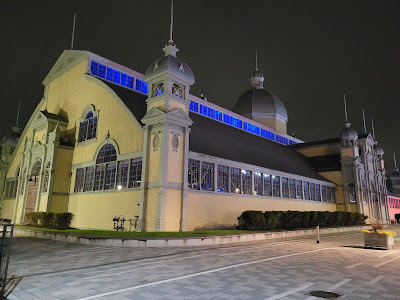 Turning to the right from the above shot takes in the Horticulture Building, another visual gem. 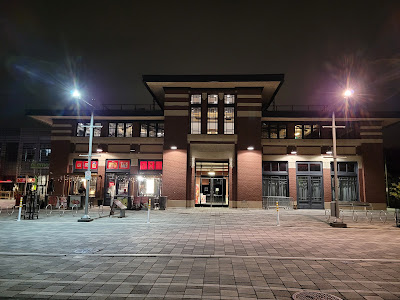 There's a basketball court here, which doubles as an outdoor rink in the winter. 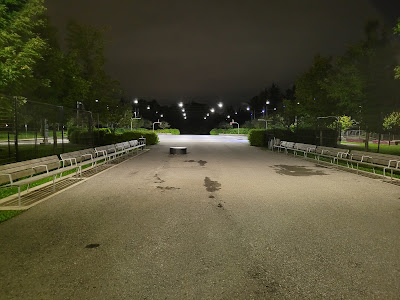 The Aberdeen Pavilion, once again. 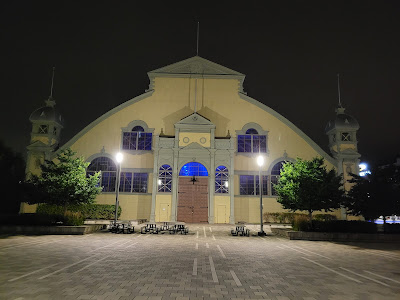 Turning completely around from the above shot- something less impressive. A skate park. I really don't see why these things are allowed. But then I'm biased. I've had nothing but negative experiences with skate boarders. 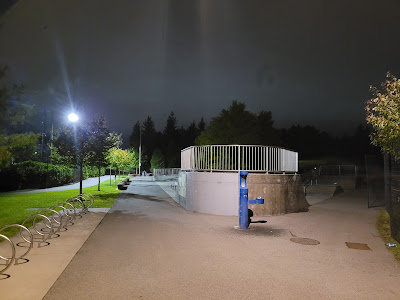 The south side of the Pavilion was darker than it was earlier in the evening, with most of the lights off here, and the light sculpture off. 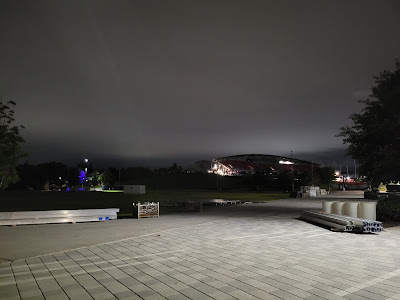 But the Pavilion beckoned anyway. 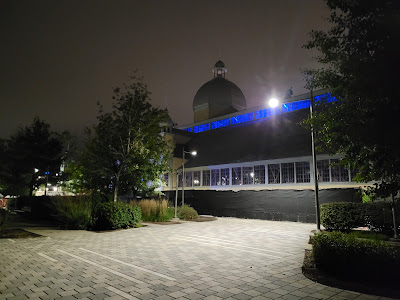 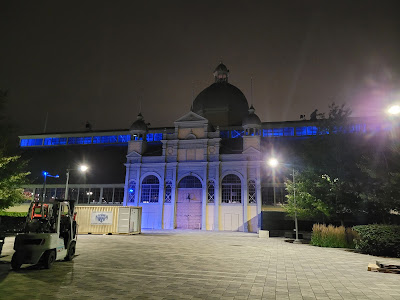