My next destination was the end of the line on one of the parkways in Gatineau Park. There are three lookout points along this stretch, in close succession. The last is the Champlain Lookout, which offers stunning views. This area is also called the Eardley Escarpment, the southern flank of the Gatineau Hills. The steep slope descends to the valley floor, with farms and small villages between here and the Ottawa River. On the Ontario side of the river is the most extreme northwestern portion of Ottawa's city limits, centred around a village called Constance Bay. The last time I was here the lower section had been open to walk among, but was now fenced off, leaving access only for the hiking trail that descends the slope. 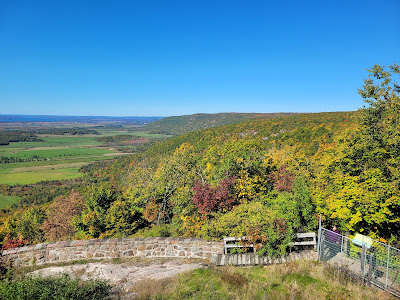 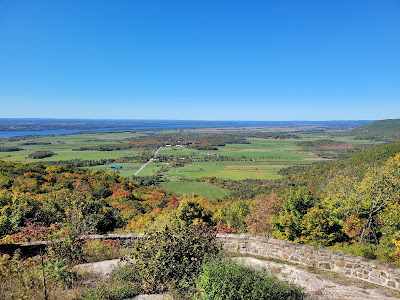 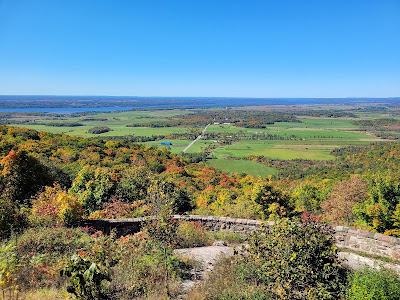 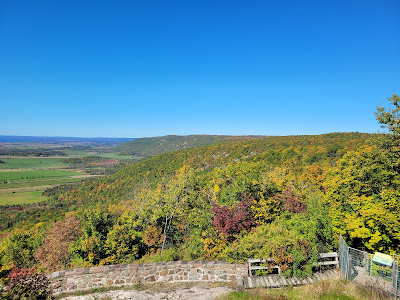 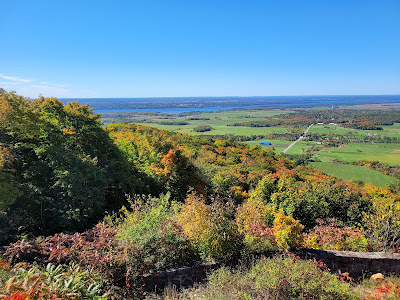 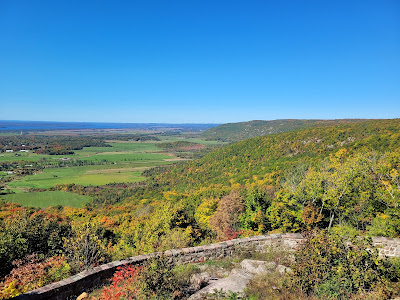 I decided to take a couple of panorama shots for good measure.

But mostly I just photographed the view. I couldn't have asked for a better day to be up here. 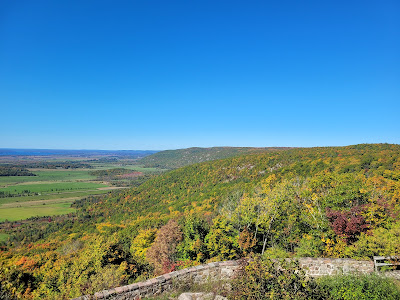 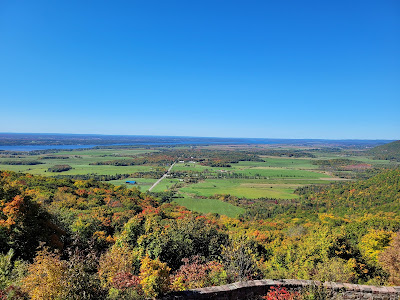 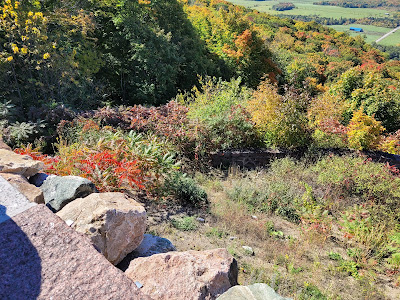 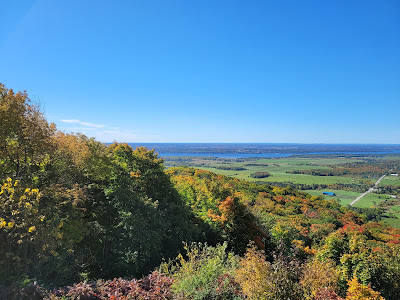 This close up of the slope off to the west- it would make one hell of a five thousand piece jigsaw puzzle. 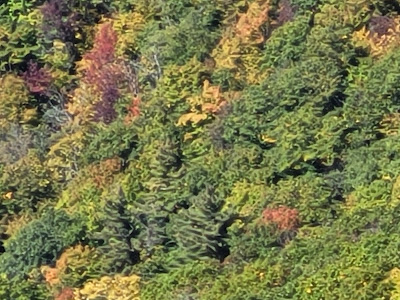 Two more shots to round out the day. More from here tomorrow. 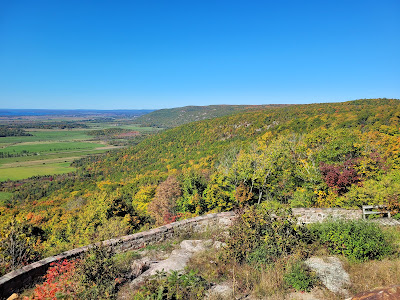 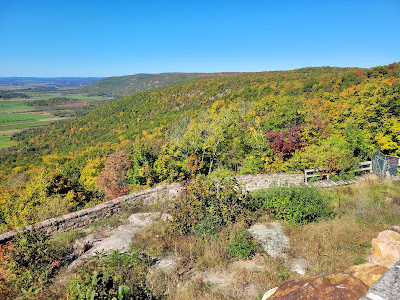