I Had Friends On That Death Star

Cosplayers are a big thing at Comicon. The Scarlet Witch at left caught my eye. Her companion was a more improvised Iron Man. 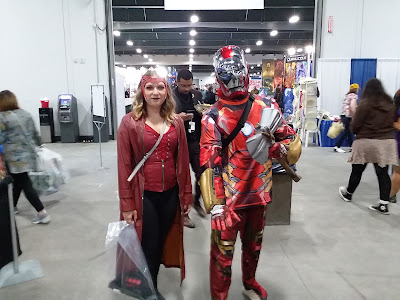 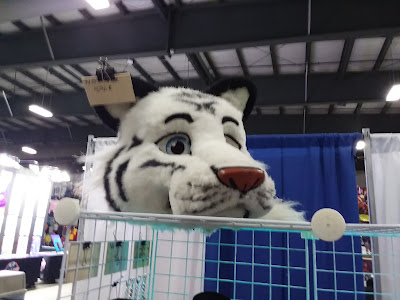 Thor's Trinkets is an artist's business based out of eastern Ontario. I've bought beer mugs and tumbler glasses from the artist before, both here and at the Lansdowne Christmas market. I had a chance to speak with her, and she'll be back for that market in a few weeks. 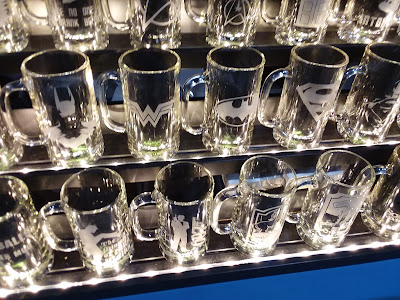 I should have bought this one, as it made me laugh- so who is this moderation everyone is telling me to drink with?
I don't drink, but if you can get a laugh out of me I'm likely to buy. Hopefully it's in stock for the Christmas market later in the year. 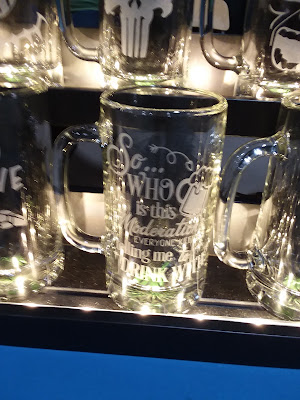 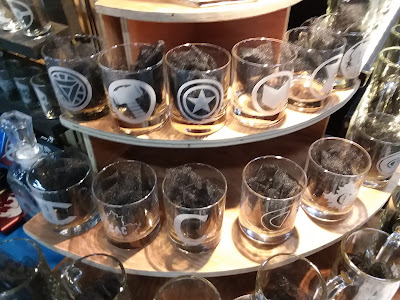 And that one at centre, with the downcast Imperial Stormtrooper. Should have bought that one too. 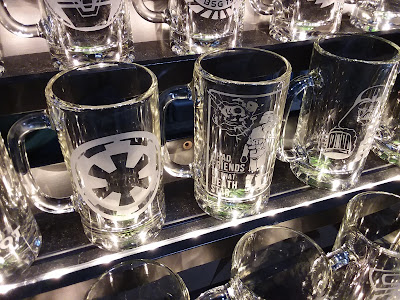 Members of a local Star Wars cosplayer troupe were in attendance. I took a couple of shots in quick succession. 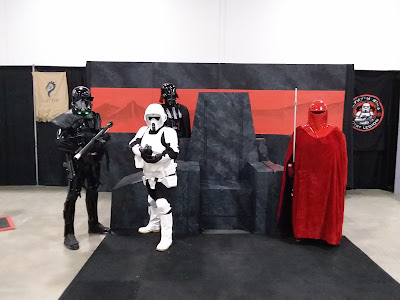 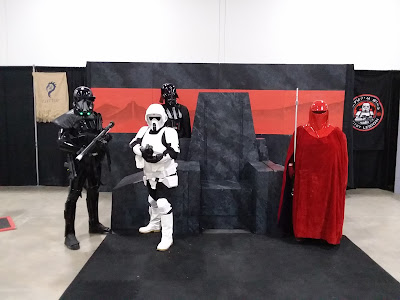 This caught my eye on my first go around. 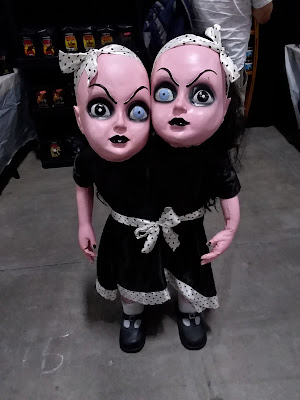 As did the mugs to the left. Again, I don't drink coffee, but the saying made me laugh. 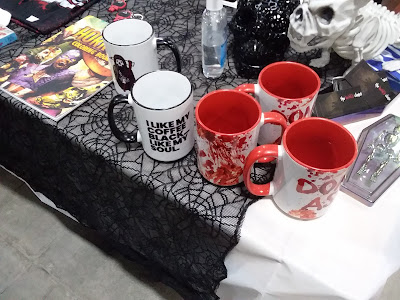 At home: the one beer mug I did pick up from Thor's Trinkets this time out: Monty Python's Black Knight, Bridge Security Est. 932 (tis but a scratch!). 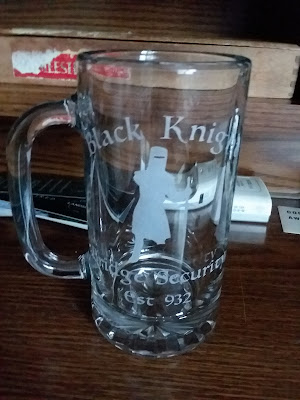 And of course I bought that mug. Here it is, both sides. The Grim Reaper is appropriate. 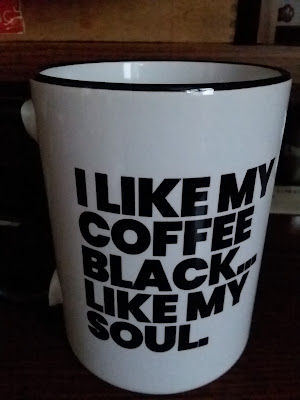 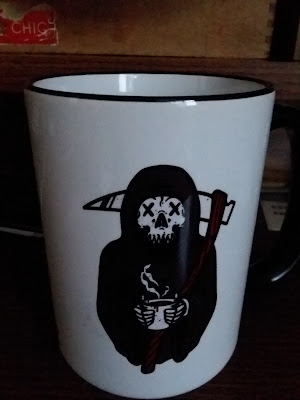