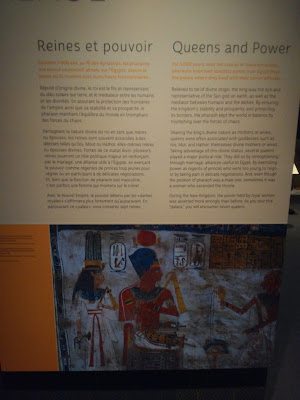 More artifacts of the times: busts, fragments of hieroglyphs, amulets, and figurines, some of which are associated with Queen Tiyi. 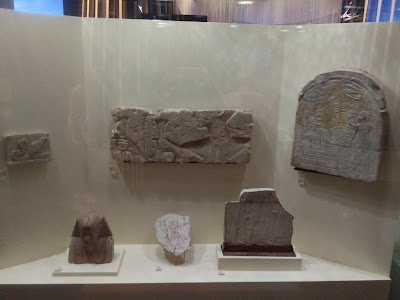 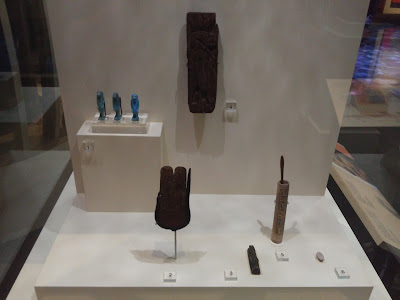 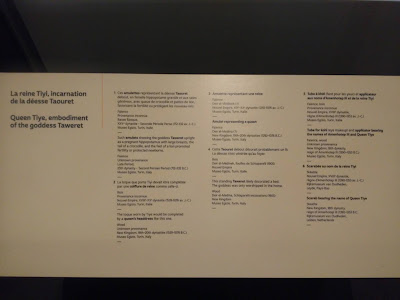 This is a portion of the face of a larger statue of Amenhotep III, pharaoh and wife of Tiyi. 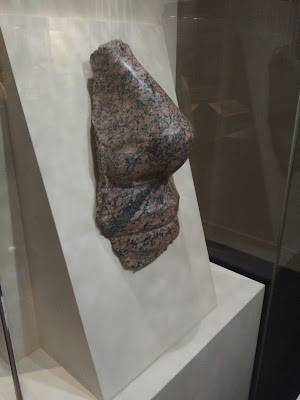 The wooden statue in the foreground depicts Tiyi in the aspect of the goddess Tawaret. 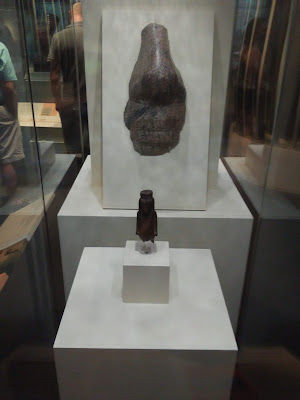 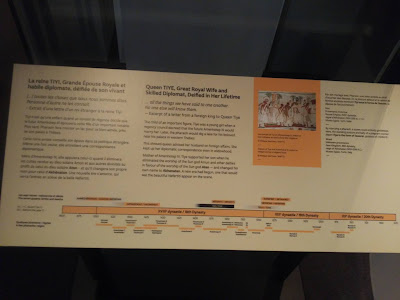 Tiyi and Amenhotep would be succeeded by their son Amenhotep IV, who would later take on the name Akhenaten and radically transform Egyptian religious life during his reign, only to have his measures revoked and his name stricken from Egyptian history by later successors. His wife was Nefertiti. Akhenaten's son would be one of the most famous pharaohs of history, largely because of the discovery of his tomb in the modern era: Tutankhamun. 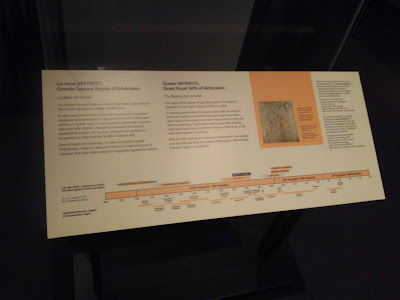 This is a replica of her bust. 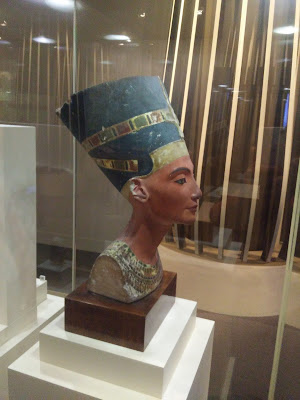 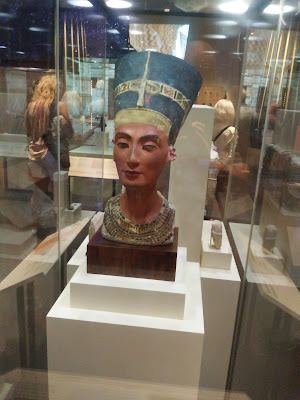 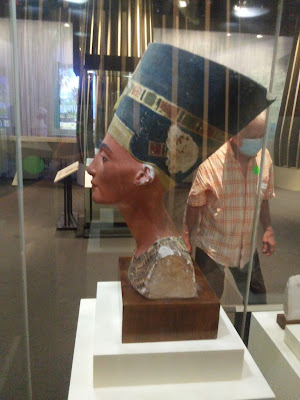