It is time for another museum tour, so soon after the last one. Early this month I crossed over to the Gatineau side of the Ottawa River to visit the Canadian Museum of History and a temporary exhibit, Queens of Egypt, which wraps up tomorrow. This view, from the Alexandra Bridge, takes in the exhibition wing at left and the curatorial wing on the right. The Museum, formerly the Museum of Civilization, has been at its present quarters since 1989. It was designed by Canadian First Nations architect Douglas Cardinal, and is considered his masterpiece, bearing his style of curvature, geological shapes, and cultural influences. 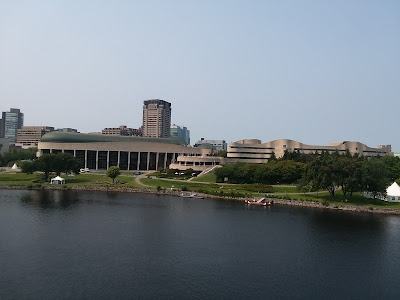 Here we approach, with the curatorial wing prominent in the background. 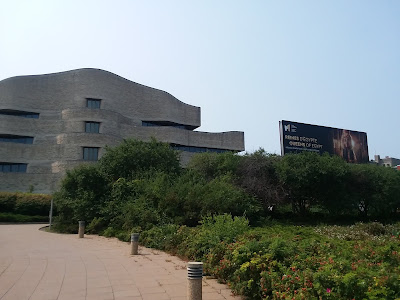 The curatorial wing has a terraced look in its curves. Cardinal has done numerous projects in many places. My American readers may have visited the National Museum of the American Indian, also one of his designs. 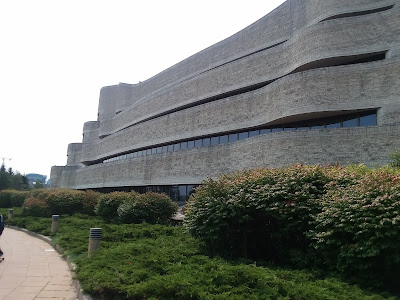 Coming towards the plaza between the two wings gives us this view. 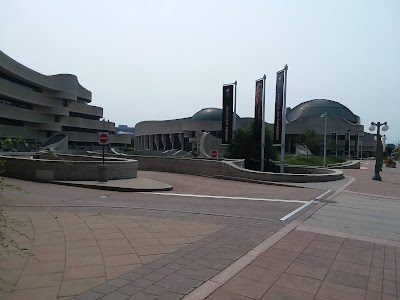 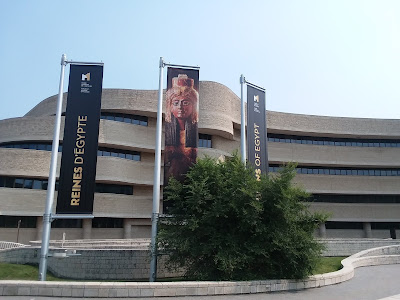 The area between the wings features pathways curving around grassy areas. 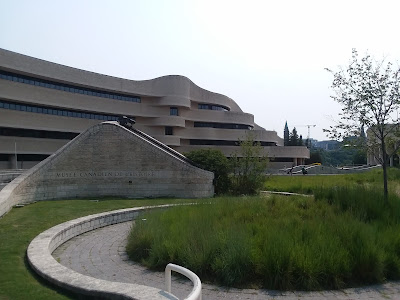 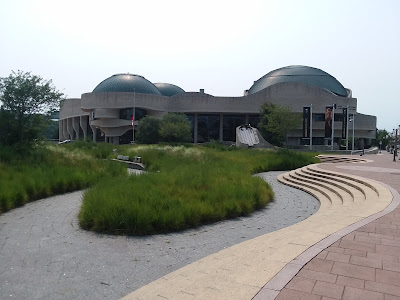 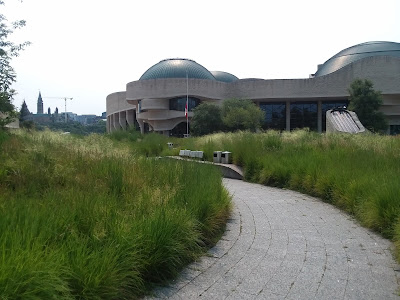 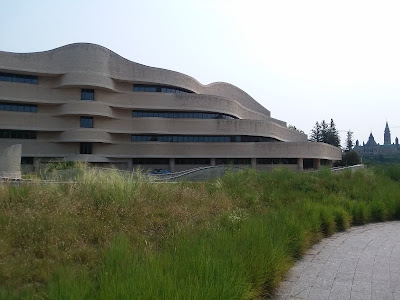 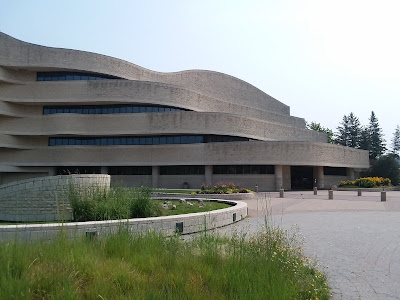 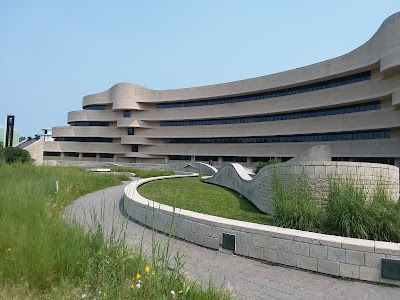 The main entrance to the exhibition wing deliberately evokes the head of a turtle, another nod by Cardinal to his ancestral roots. North America was, to some of the indigenous peoples, called Turtle Island. 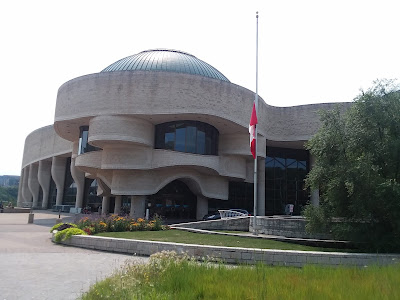 One last view from the top of the stairs, with the exhibition wing to the side. Parliament Hill looms across the river. We go inside tomorrow and start looking at ancient history. 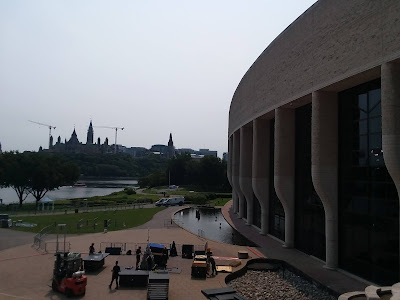