Continuing where I left off yesterday, this is a copy of a letter sent to the Kyle family following the war confirming that their son was presumed dead along with the other members of his air crew. 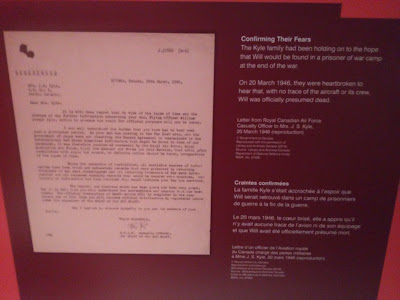 The discovery of the wreckage of the plane decades later resolved the mystery. A video display featured clips of the funeral services for the six men, whose remains were recovered along with portions of the wreckage. Below the monitor, a Canadian flag was draped over a display in the way you expect of a coffin. Looking at the video, I realized I remembered this from the news at the time. 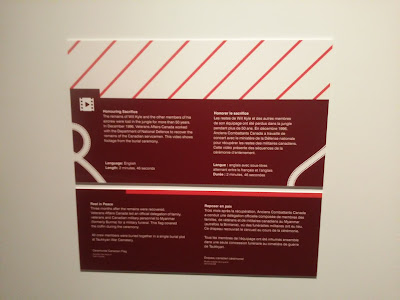 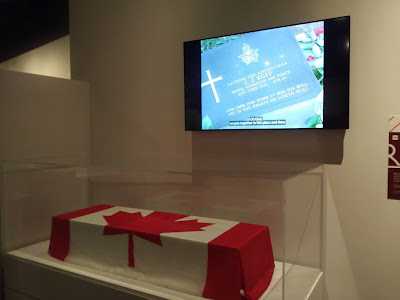 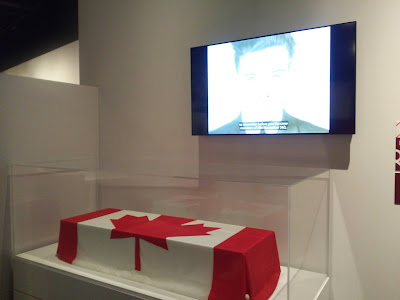 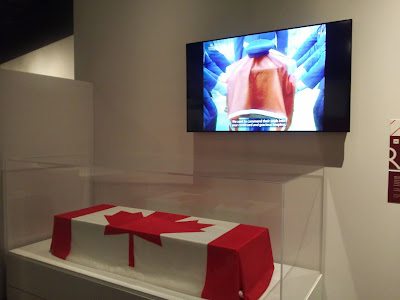 Nearby, some of the wreckage is displayed, in glass cases on the walls and in the floor. The walls have a photographic display evoking the jungle in which the crash site hid the wreckage for decades. Small bits and pieces reinforce how violent the crash must have been. 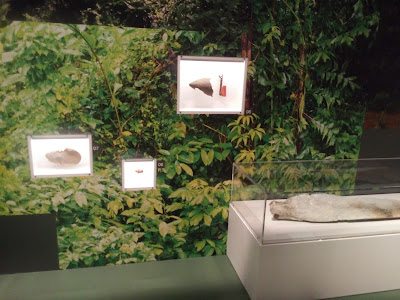 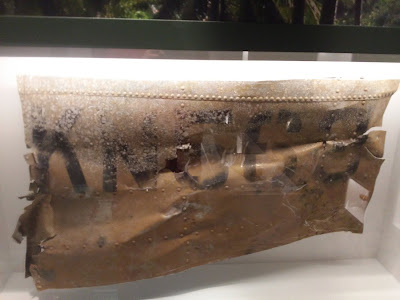 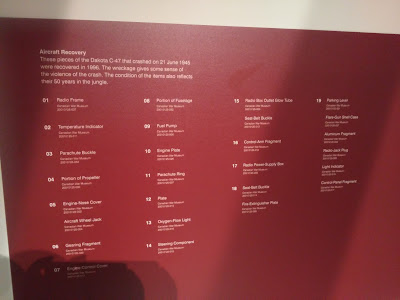 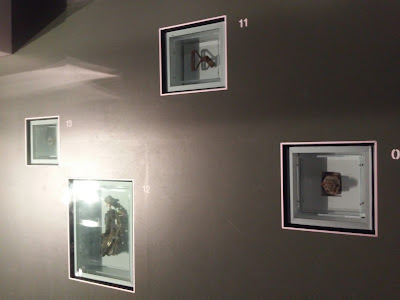 For today I finish off with this, which starts to close out the exhibition. 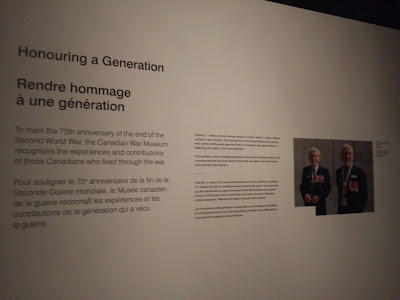