Some of the stories in this last part of the exhibition tell of the aftermath of the war for various peoples. As it was in the United States, so it was in Canada during the Second World War. Japanese-Canadians were treated with suspicion, and sent to internment camps. Such was the case with Michiko Ayukawa. 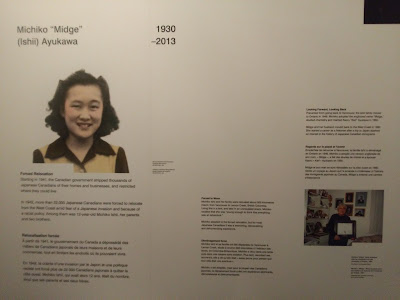 Hubert Brooks was one of those stories of luck: parachuting out of a burning plane over Germany, getting taken prisoner... and then escaping and spending the rest of the war fighting alongside the Polish Resistance and serving with distinction. In 1948, he was part of the Canadian hockey team that won the gold medal in the Winter Olympics. 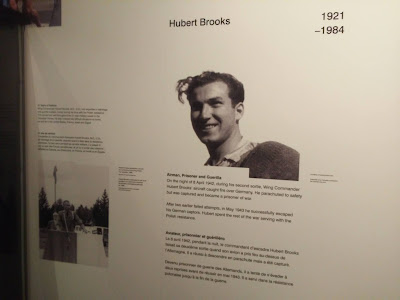 This is his jersey. 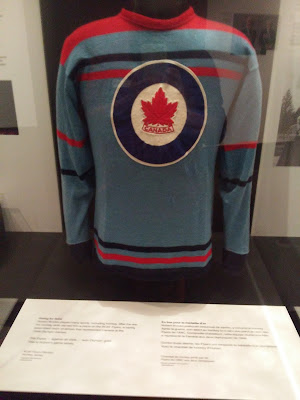 Irene Clark-Kennedy Courtenay spent the war as a nurse and continued in that occupation both hands-on and in the academic world for decades afterwards. 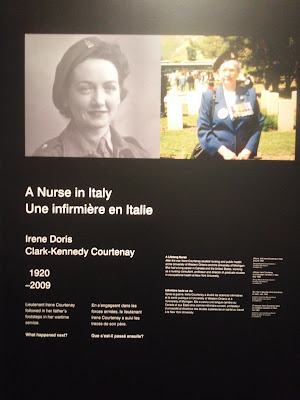 Doug Sam evaded capture when his plane went down with the assistance of the French Resistance, and after the war would become an intelligence officer. At the time of his retirement he was the highest ranking Chinese-Canadian officer in the Forces. 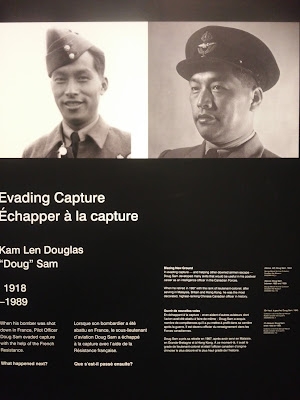 The Campbell brothers, who I mentioned early on in this series, have had their legacy live on after their deaths in 1944. Campbell Bay, Saskatchewan, is named in the honour of the twins. 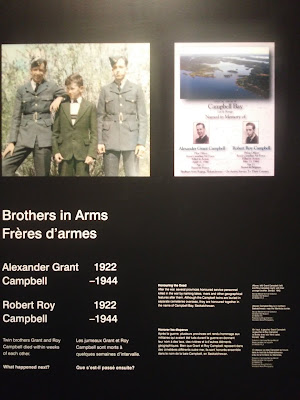 Regina Rosenbaum Gertner survived the Holocaust. She and her husband Berek settled in Canada after the war. Their children, grandchildren, and great-grandchildren are their legacy as survivors. 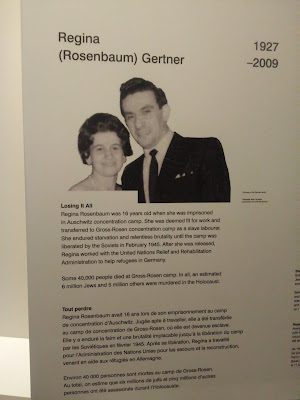 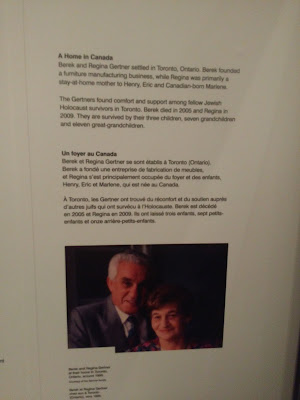 One last shot for today. 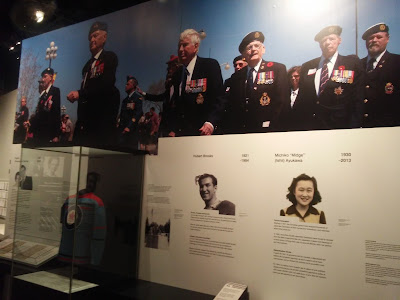