Carrying on where I left off with this exhibit on the Second World War, here we have a look at George Boyer, who served in the Canadian Navy through much of the war. 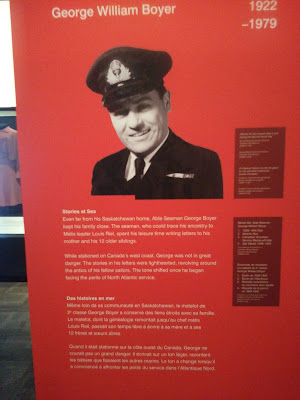 Here is his medal set. 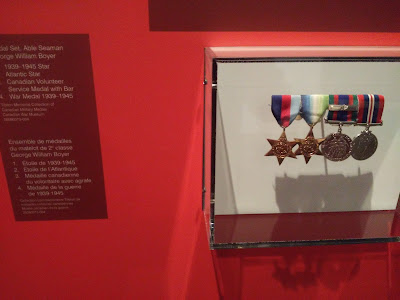 Something else I found affecting, an artifact from a Londoner during the time of the Blitz. 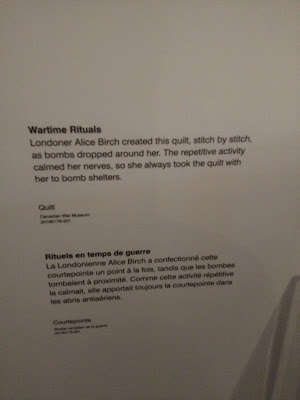 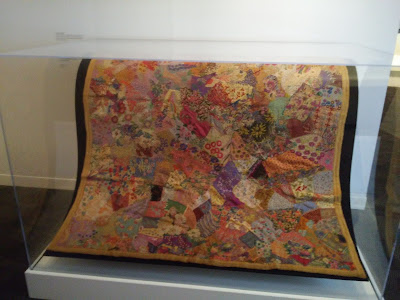 Dunkirk is also examined. Canadian infantry were stationed in Britain at the time of the evacuation. 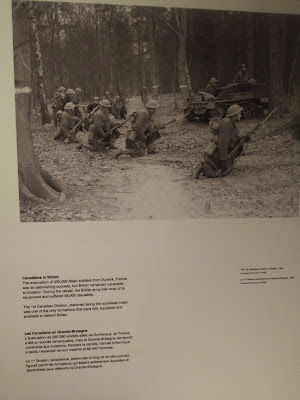 But Canadians were involved in what's been called the Miracle of Dunkirk. Here we have one of them. 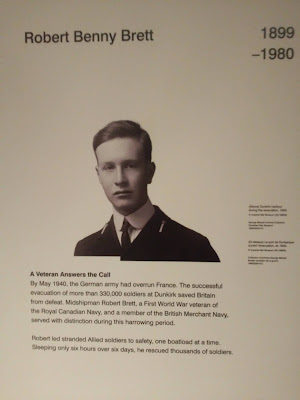 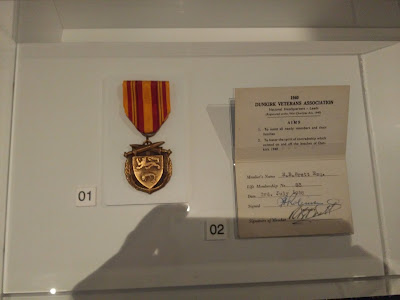 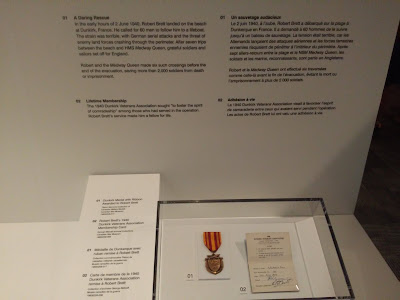 Here we have a story of Gwendoline Green, an English war bride who met a Canadian airman. 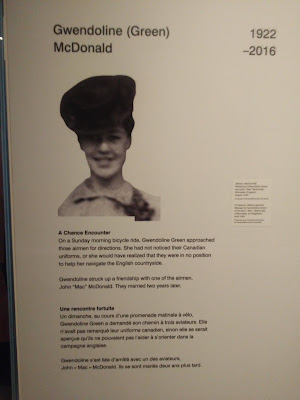 This is the suit she wore on their wedding day. 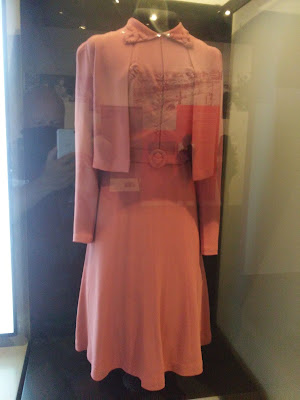 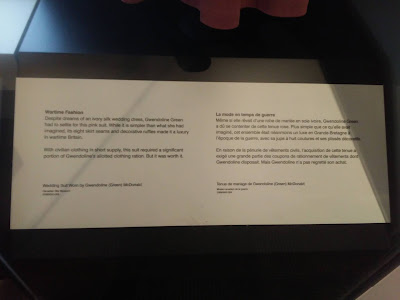 To close off today, a look ahead. 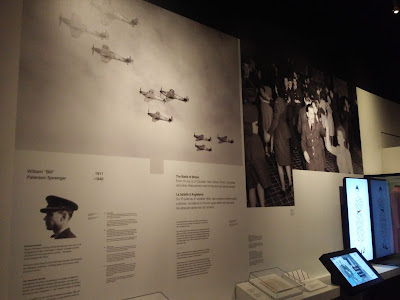