Two tanks of the same era, side by side. The Sherman became the primary tank for Canadians during the Second World War, as well as other Allied forces. Beside it is the Soviet T-34/ 85 tank, which won the war in the east against German tanks. 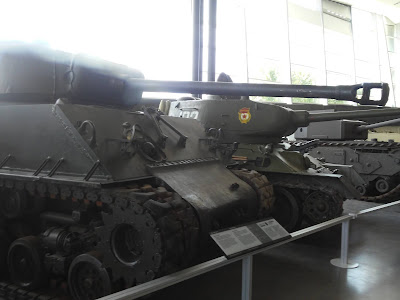 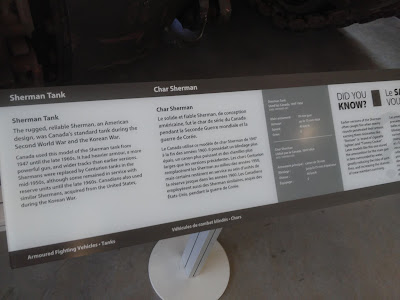 Two last looks at the Gallery. 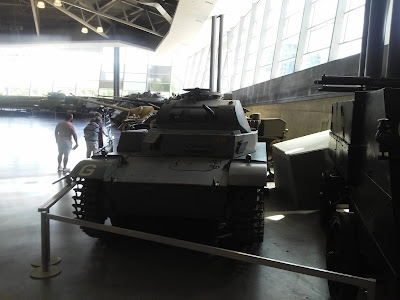 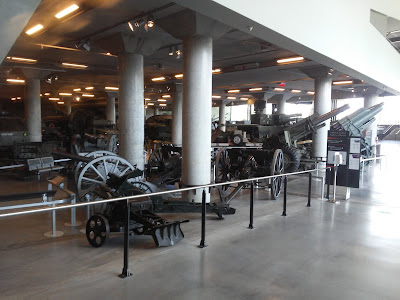 I headed back up towards the main entrance area. Stopping here, I paused to photograph this large recent painting of a Normandy veteran. Normandy Warrior is the title of this 2020 painting by Elaine Gobel, depicting Philip Favel, a member of the Sweetgrass First Nation and a veteran from Normandy through to the end. 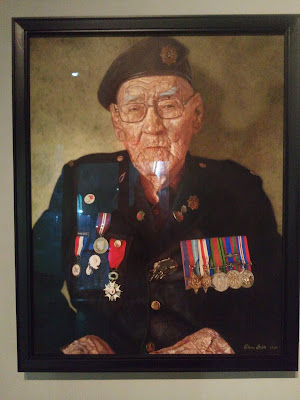 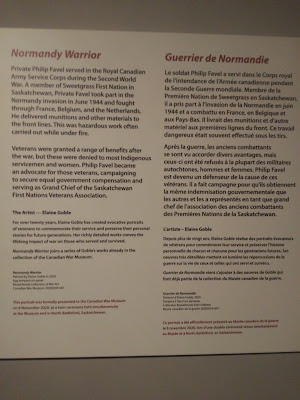 Across from it is an artifact that has great significance. The Canadians reached the end of the line in World War One at Mons, Belgium, and gave two field guns to the city. It was said they were the last Canadian guns fired of the war. In commemoration of the centennial of the end of the war, Mons gave this one back to Canada. It now resides here. 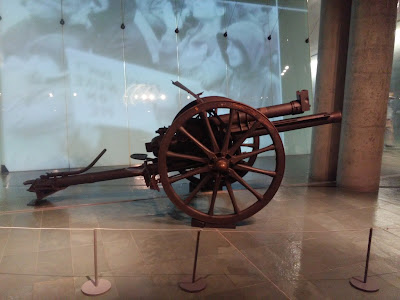 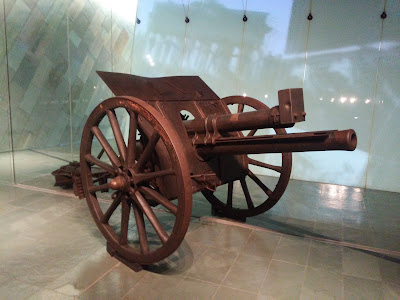 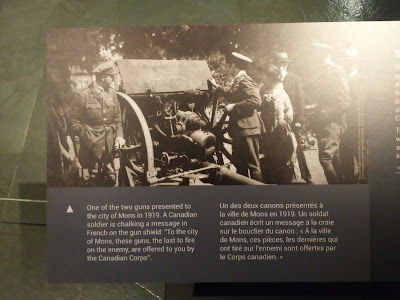 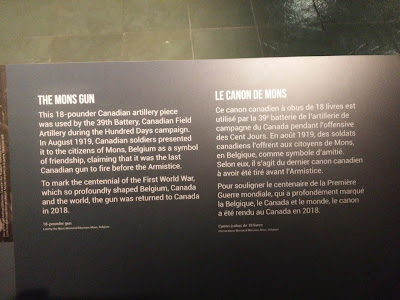 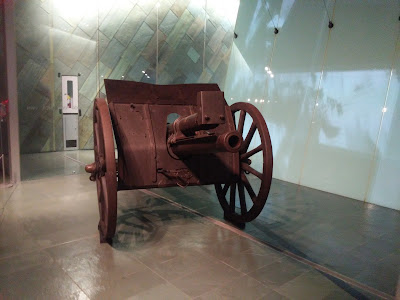 Outside, one last view of the Museum to end this visit. I expect to make another visit in November for Remembrance Day. 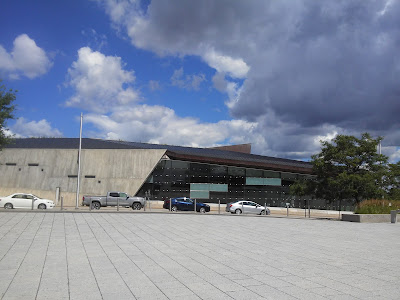