I left off yesterday with Brigadier James Roberts, who led troops to the end of the War. Before the war came, he had been in the least likely occupation you might expect for someone who did the sort of things he would do as a commander of men in battle: a manager for an ice cream manufacturer. 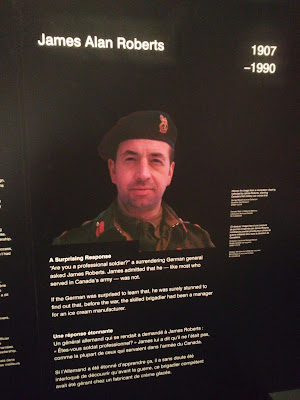 He would take part setting up the ceasefire between Canadian and German troops, and then participate in war crimes proceedings against a German officer accused of brutalities as a commander. 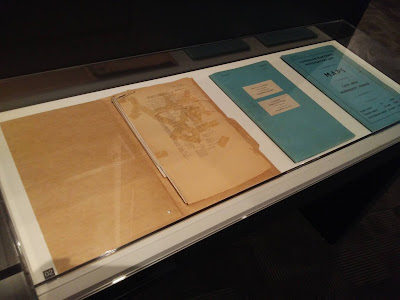 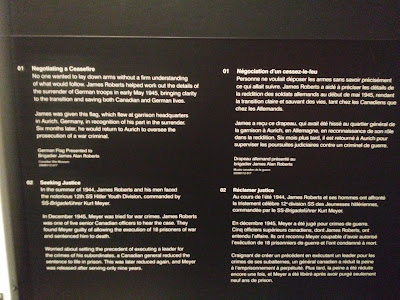 This garrison flag was surrendered to Roberts. 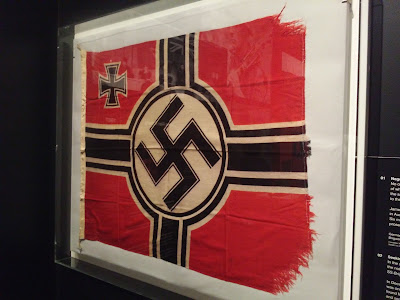 Photographs of V-E Day in various places are seen here. 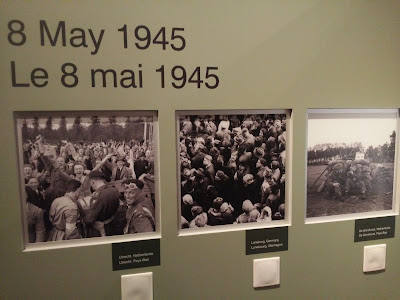 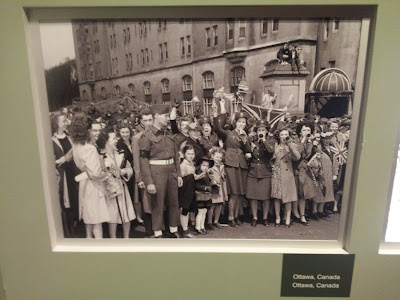 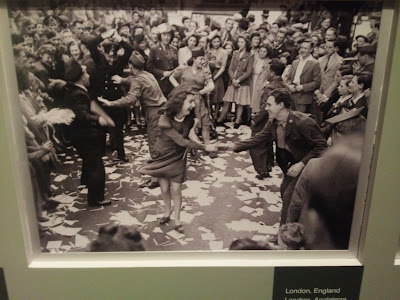 Molly Lamb was a servicewoman as part of the Canadian Women's Army Corps (CWAC) and a war artist. I remember photographing this painting some years ago at a retrospective on her at the Ottawa Art Gallery. This is CWACs On Leave In Amsterdam, dating to 1945. 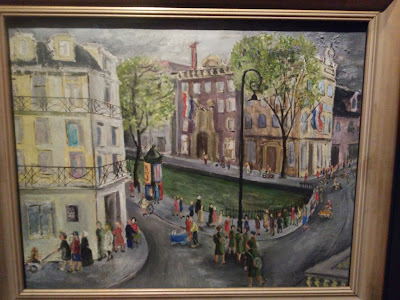 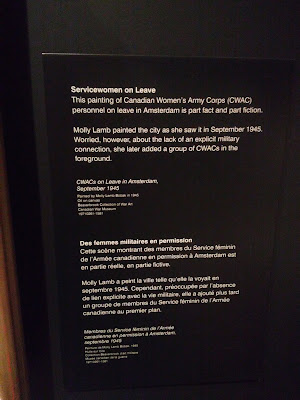 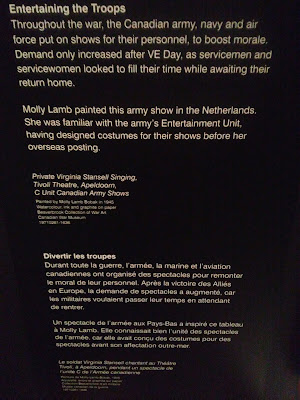 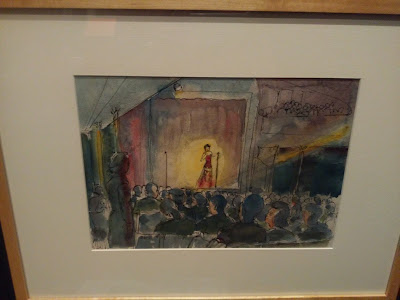 To close things out today, a look at Molly Lamb. 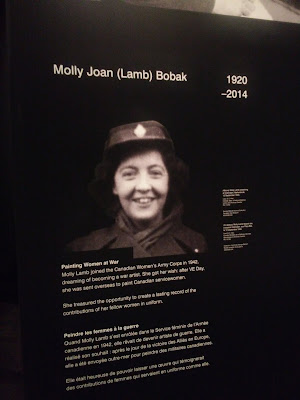