Forever Changed: Stories Of A War

I paid a visit to the Canadian War Museum a few days ago, primarily to take in the special exhibit that's on at the moment, running into September. The Museum came to its present headquarters in 2005, and the building feels like a ship, a bomber, or a bunker, depending on which view you have of it. It is ideal for its subject matter, which is the story of Canada at war, both at home and abroad. I came on the day after I'd been vaccinated, and actually was feeling rather trashed, so I kept this visit short. 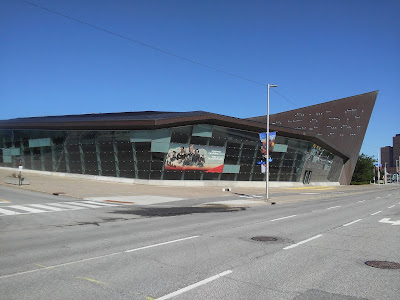 Forever Changed: Stories From The Second World War tells a personal narrative of the war, both at home and overseas, and in both theatres of war. I found it tremendously effective, and we're going to be spending a few posts looking at it. 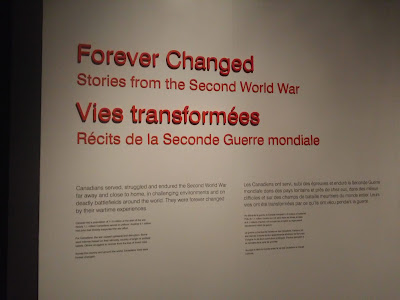 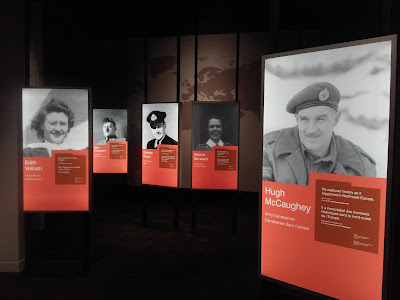 There was the odd bit of military hardware in here, such as these anti-aircraft guns, but the emphasis of the exhibit leaned heavily on photographs, personal items, and mementos of those who lived through the times. Most of the stories are Canadian, but not all. 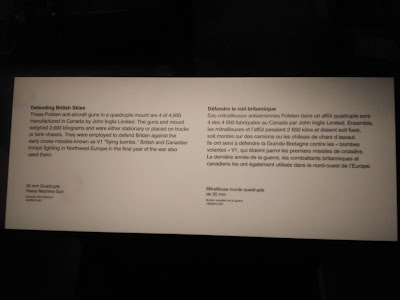 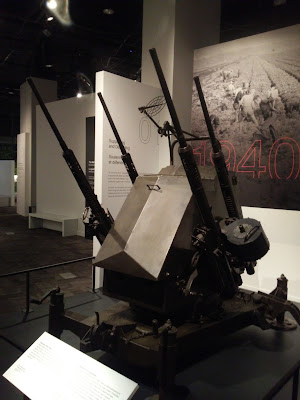 Imagine, for instance, being a mother and having eight sons all in the service. 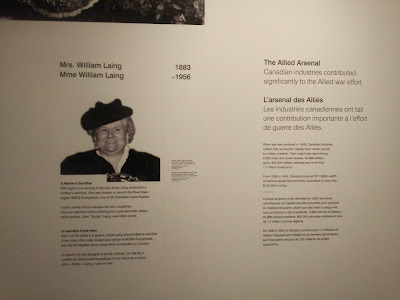 Women at home were called into the workplace to replace men off to serve. Or perhaps were already there. This is one accomplished example. 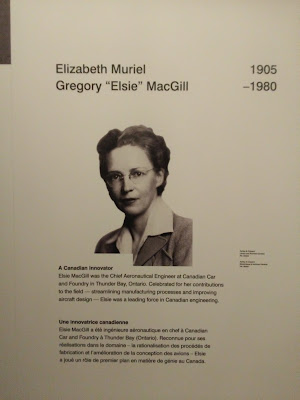 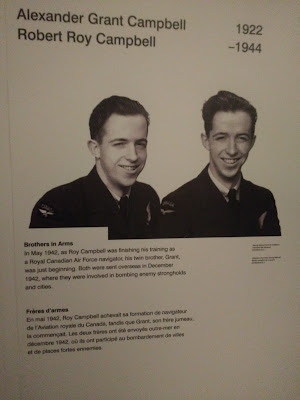 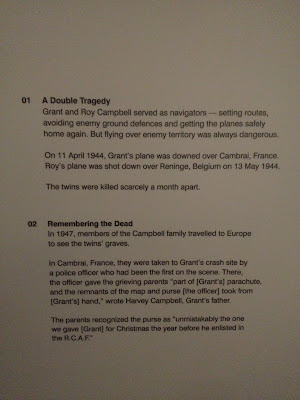 This jacket belonged to one of them. 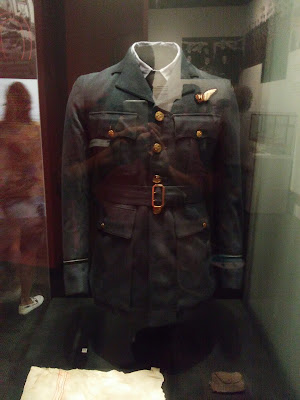 A panel here focused on women and the home front in terms of manufacturing for the war effort. 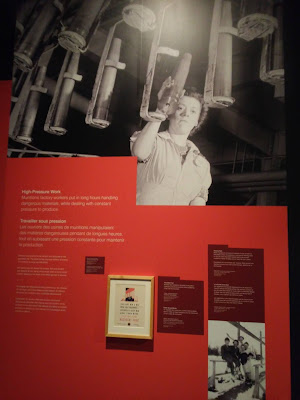 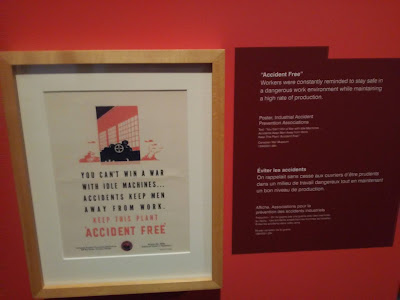