Continuing on where I left off, panels and artifacts look at a bereaved Canadian mother, Alta Wilkinson, who would channel her grief into work with veterans organizations and other families in remembrance of her fallen son. 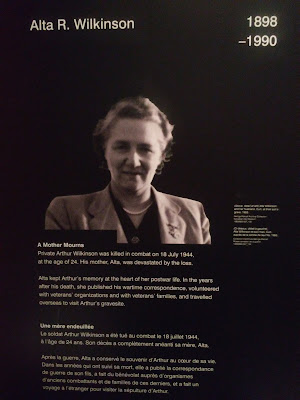 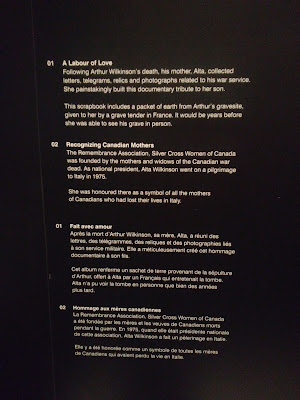 A scrapbook of her memories is seen at left here. At right is a certificate designating her an honorary citizen of Ravenna, Italy, 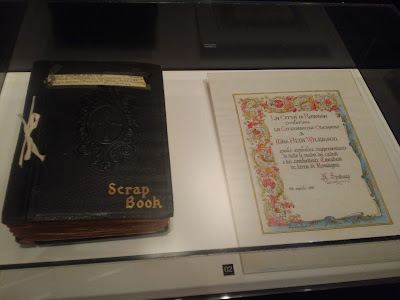 D-Day would prove to be one of the turning points in history. Allied forces stormed ashore on five beaches in Normandy, supported by naval and air forces. Canadian soldiers came ashore on Juno Beach. They would be the beginning of the salvation of Europe. 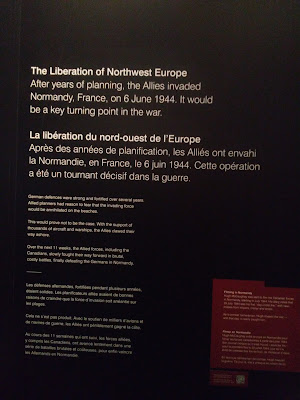 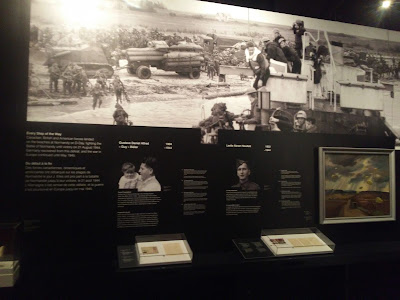 Before D-Day could happen, however, it was the work of planning in advance, of reconnaissance by rangers and commandos, of work with Resistance groups to prepare. This last was largely undertaken by the Special Operations Executive, a British organization of Allied operatives who worked with the Resistance and conducted other operations in occupied Europe before the troops could get there. One such example was a Canadian, Gustave Bieler, who spent a year conducting operations in France against the Nazis until his luck ran out. 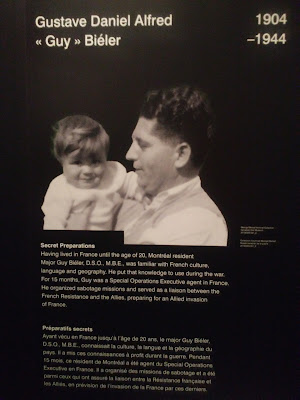 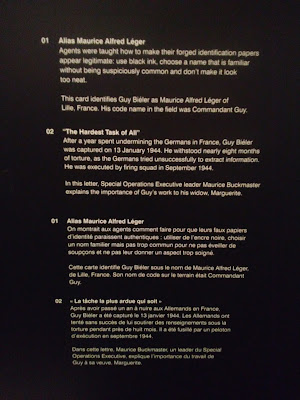 His false identity card and a letter to family are here. 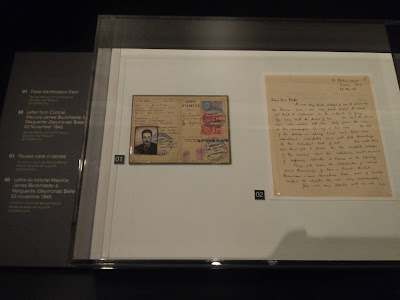 Leslie Neufeld came from a Mennonite family, and despite the pacifist leanings of his background felt he had to serve his country. He would be one of the many paratroopers to make the jump into Normandy on D-Day, but was killed that first day. 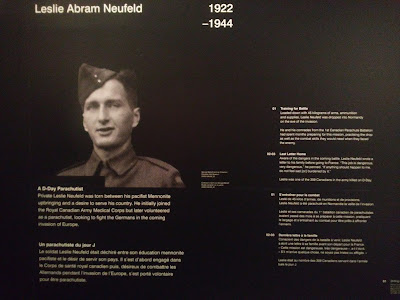 George Tinning painted Drifting Down in 1944. 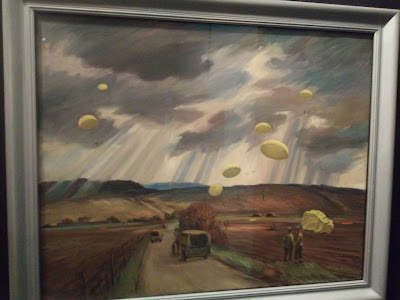