The Queens of Egypt exhibit at the Canadian Museum of History comes to an end today, but my recent visit allowed for me to take it in and start presenting it to you now. 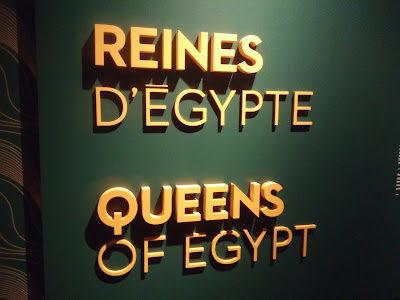 The exhibit looks at several queens from the New Kingdom period of 1539-1076 BC, their role in ancient Egypt, and the legacy they left behind. Ancient Egypt has always fascinated me, so of course I had to come see it. 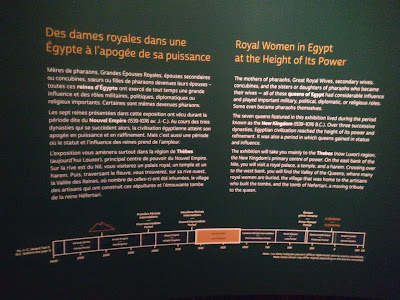 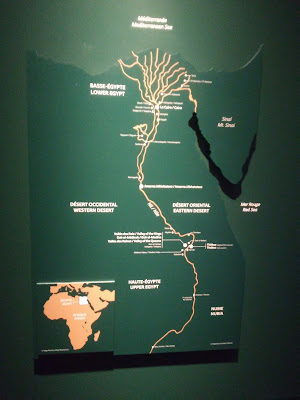 The first artifact one sees upon entry is this bust of the goddess Mut. 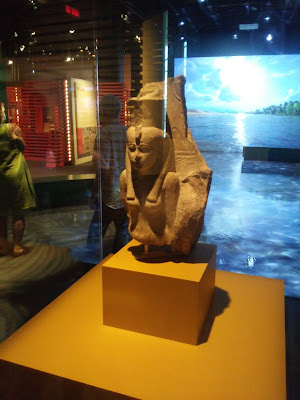 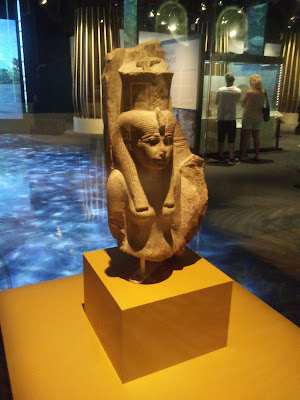 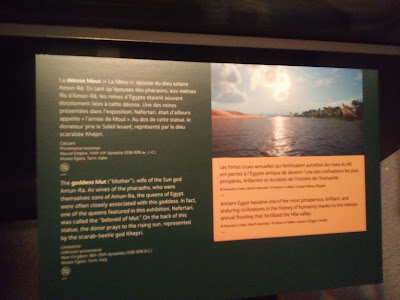 Beyond it is a large video projection: something quite contemporary that shows itself several times through the exhibit. The Assassins Creed video game concept includes scenarios set in ancient Egypt, and some of their footage is projected at various points of this exhibit, making one feel as if they're looking into ancient Egypt. We'll see more of them throughout this exhibit as I go along. 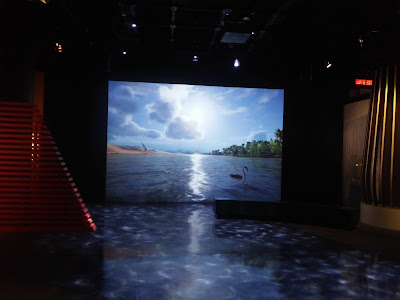 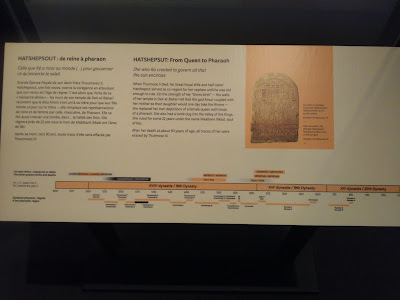 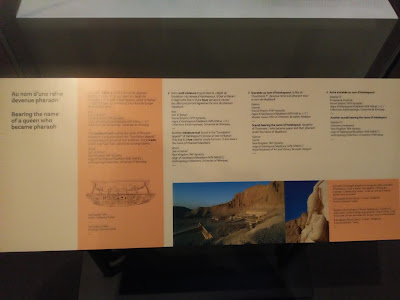 Artifacts linked to her time are here, including tools and decorative gems in the shape of scarabs. 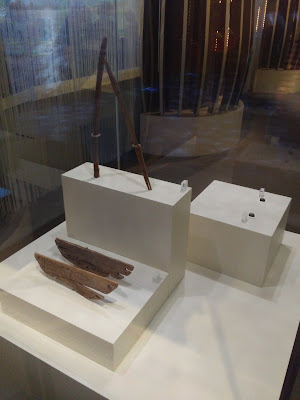