More items today from the tomb of Nefertari. 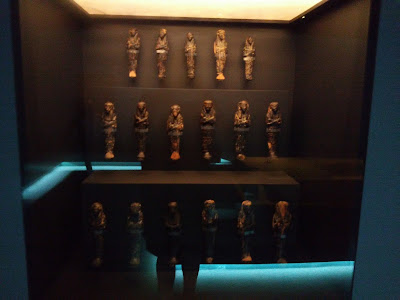 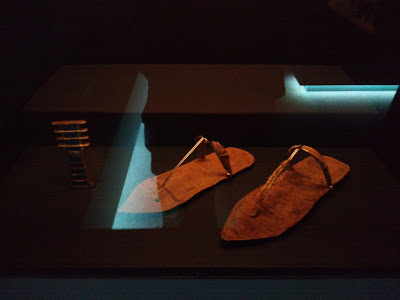 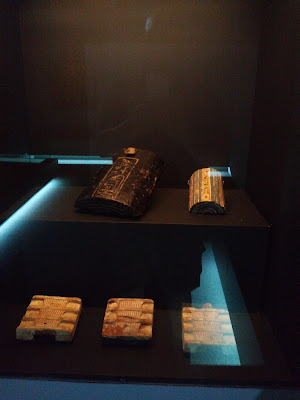 Coming back into the main area of the exhibit, I photographed this panel. 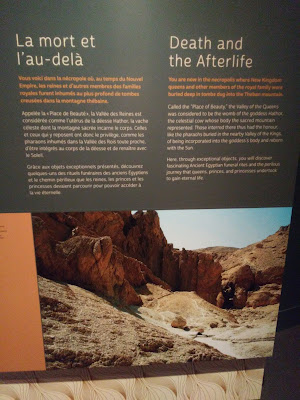 Here we have an area displaying tools and materials used in the process of preparing the dead for mummification. Internal organs would be removed, the brain would be removed via the nostrils, and certain chemical processes would be engaged to embalm and preserve the body. 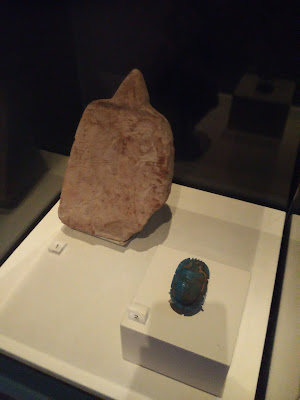 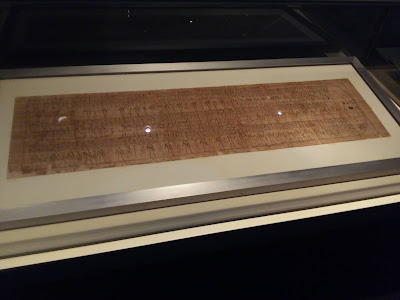 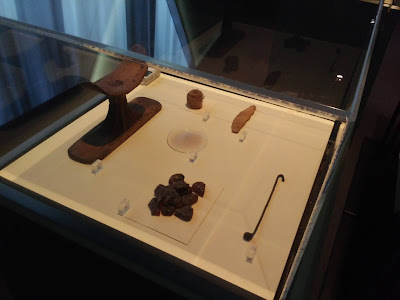 "It's called mummification. You'll be dead when they do this." ~ Evie
"For the record, if I don't make it out of here, don't put me down for mummification." ~ Rick, The Mummy 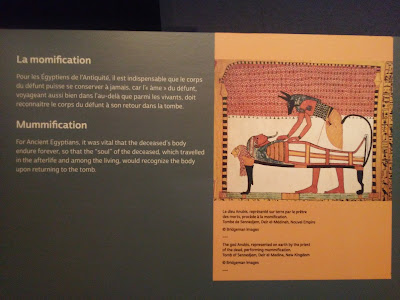 Canopic jars were used to contain the organs of the deceased. 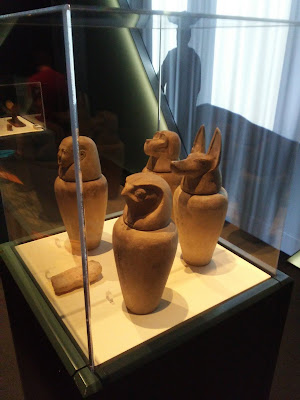 No mummies for this exhibit, so there was no need to be cautious about reading from the Book of the Dead, as I mentioned to a friend who went to see the exhibit before I did. But there were coffins. 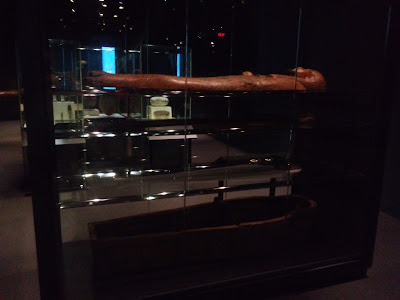 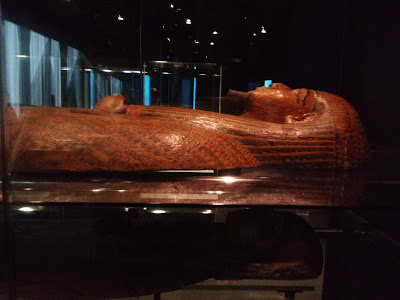