As I was finishing up with this tour of the Forever Changed exhibit at the War Museum, other things caught my eyes. The numbers speak for themselves: of a population of 11.5 million, nearly one in ten Canadians served in the war, and millions more worked as part of the war effort. 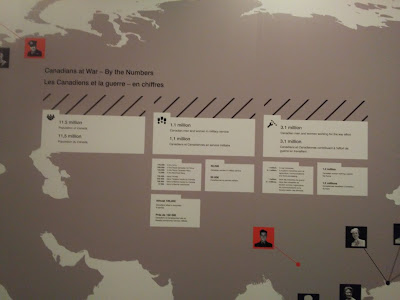 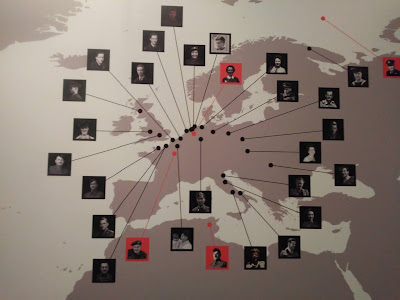 I had missed this painting during my time in the European theatre. Charles Comfort painted The Hitler Line in 1944. He was embedded with troops as a war artist, and saw battle at close quarters in that capacity, including the breaking of the so called Hitler Line in Italy. 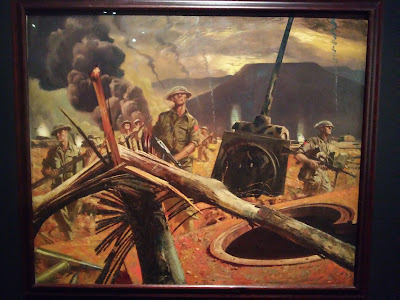 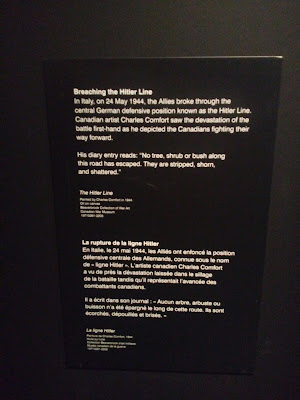 Two last looks at the exhibition. This continues into September, so if you are in the area, it is well worth taking in. 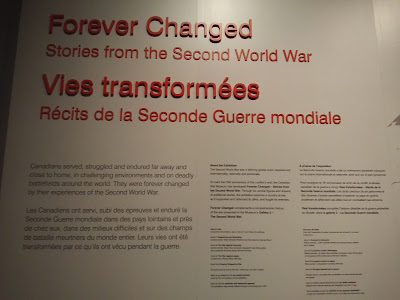 The numbers say so much, again: nearly one in ten killed or wounded in service. 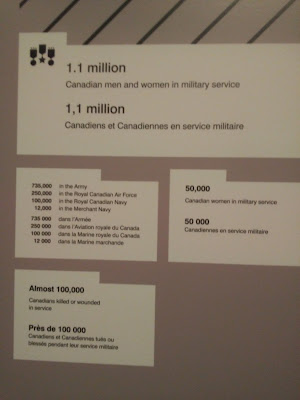 I departed from the exhibition. As I mentioned early on in the series, I made this visit after my second vaccination, and I was feeling rather out of it, so decided to cut the visit short. There were things I wanted to see before I went though: Regeneration Hall and Lebreton Gallery. Regeneration Hall is the large angular spike rising up out of the museum and pointing towards Parliament Hill. A large painting hangs at the upper level. Sacrifice is by Charles Sims, painted around 1918. 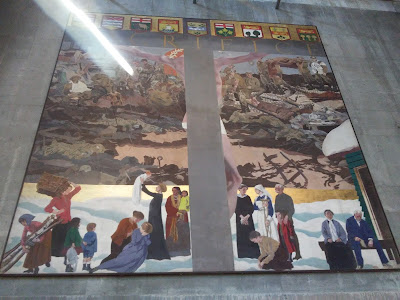 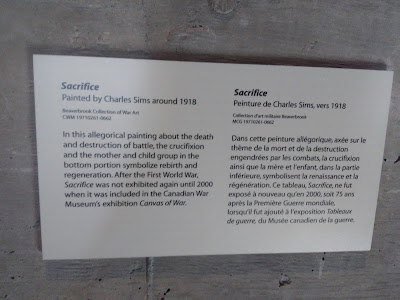 Down below, illuminated by the vertical shaft of glass, are several plaster sculptures, all allegorical figures. These are the majority of the half-scale models used by Walter Allward in his creation of the monumental Vimy Ridge memorial in France, honouring the Canadians who fought to take that place during the First World War. We will continue here tomorrow. 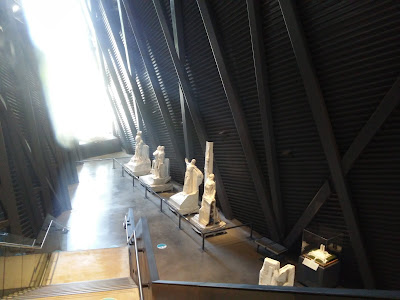 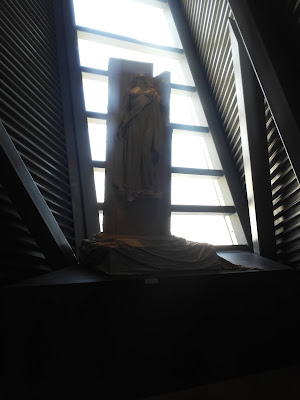 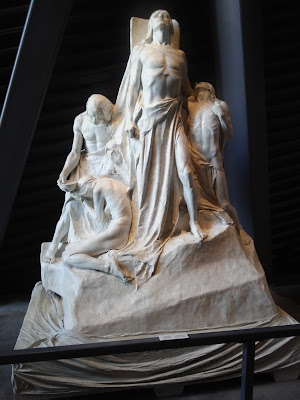