The First Special Service Force bore the nickname The Devil's Brigade, seeing action during the war. It was a force made up of American and Canadian soldiers that saw action in the Aleutians and Europe, and it is the predecessor to special operations units in both countries today. The Devil's Brigade developed a legendary reputation and were highly decorated during the war and afterwards. The Canadian members of the brigade were the first non-American soldiers to receive the Combat Infantryman Badge and the Bronze Star, and the FSSF as a whole received the Congressional Gold Medal. 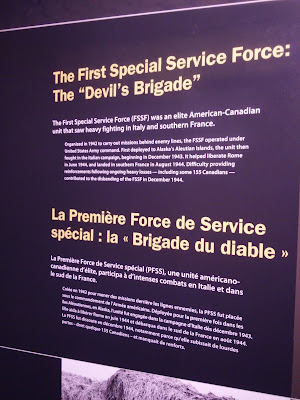 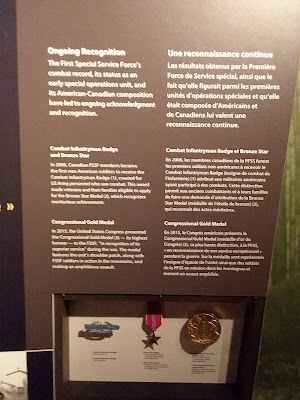 D-Day was the great turning of the tide with the invasion by Allied forces into Normandy at five beaches. Supported by air force and naval counterparts, soldiers came ashore and paratroopers landed in Normandy on June 6th, 1944. Americans landed at Omaha and Utah, the British came ashore at Gold and Sword, and Canadians landed at Juno Beach. In his post orders to Allied forces, General Eisenhower called it the Great Crusade. 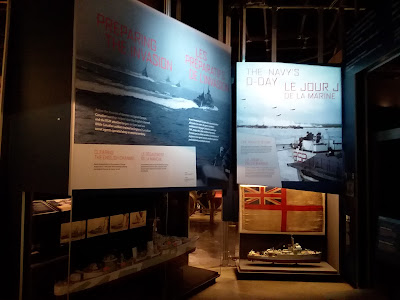 Entering this area one passes through a spot with a video display of D-Day landings. Beyond it are two striking paintings of that first day of the Normandy campaign by Canadian war artists. Invasion Pattern Normandy is by Eric Aldwinkle, depicting things from the air as landing craft are seen on the beach below a Canadian Mustang. 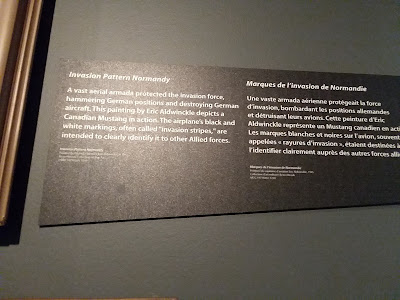 D-Day: The Assault is by Orville Fisher, who had the particular distinction of being the only war artist to actually land on the beaches on D-Day. He depicts the ferocity of the fight to come ashore and the formidable German defenses- things he was seeing as it was happening. Fisher ditched most of his supplies while getting off his landing craft- understanding they would have weighed him down in the water- and got on shore. There he sketched what he was seeing on waterproof pads, and later transferred his memories and sketches to the canvas. 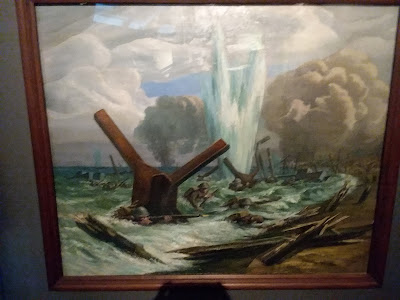 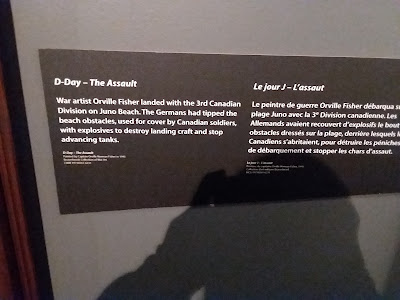 Close by, a panel some of you may remember. Two decades before finding fame as an actor playing a Scotsman of the future, a Canadian soldier by the name of James Doohan would be among those storming Juno Beach. 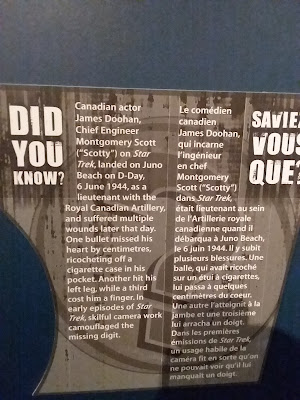 Quotations and photographs on the walls tell the story vividly. This would have been typical of what was happening on the other four beaches in Normandy as well that first day. And yet they kept pushing forward, a day that would change history forever. 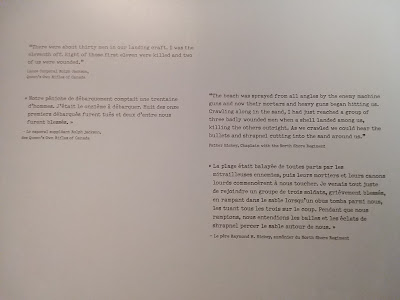 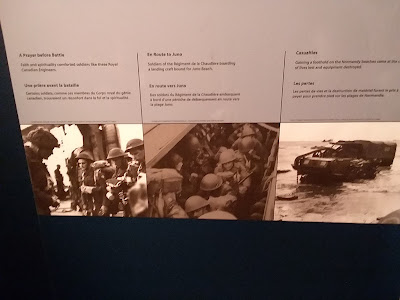 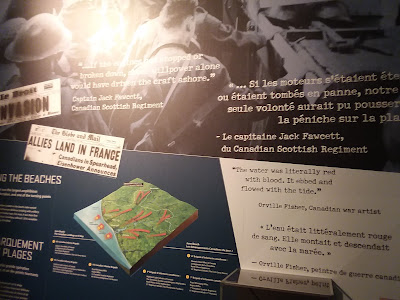 I finish for today with a medal set and story of the bravery of one Canadian private, Harry Blakely. 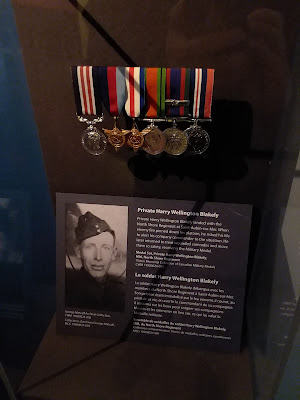