Triumph, Service, And The Home Front

I return today to my series from the Canadian War Museum, from a visit made in early November, and the First World War area. This display case includes a medal set, plane gun, and plane windshield. These relate to another Canadian ace of the air: Billy Bishop, credited with 72 victories over the course of the war. The windshield is of particular significance: Bishop was flying one 1917 day and a stray bullet broke through the windshield, missed him, and lodged behind him. This happened on an occasion prior to the day that earned him the Victoria Cross. 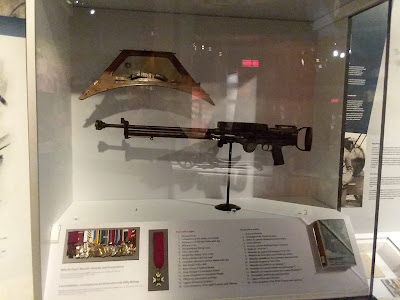 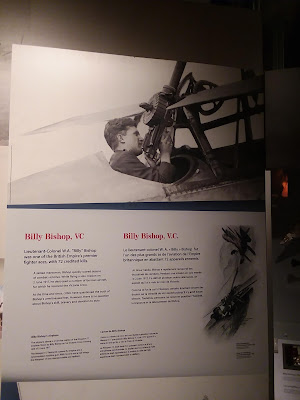 Faces of men who know they have done an extraordinary thing: Canadian soldiers after the astonishing victory at Vimy Ridge. 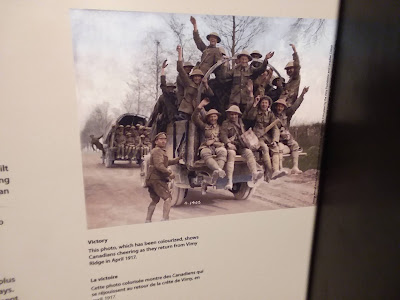 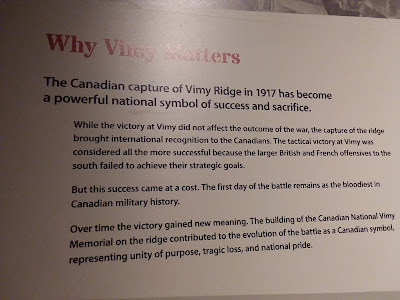 Before and after: Vimy Ridge just after the war with temporary graves visible, and the dedication of the Memorial designed by Walter Allward, in 1936. 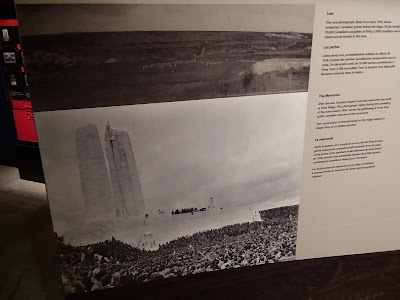 Two future prime ministers as young men who served during the war but as fate would have it never saw combat: Lester Pearson and John Diefenbaker. 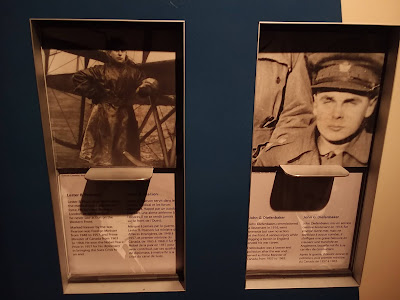 The war affected home in many ways. Sons, husbands, and fathers off at war, with mothers, wives, and children back at home. A portion of the gallery looks into this. 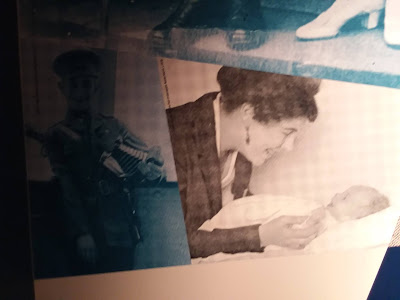 Wedding portraits, with the groom in uniform, are found here too. 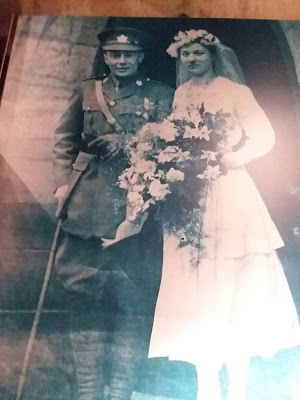 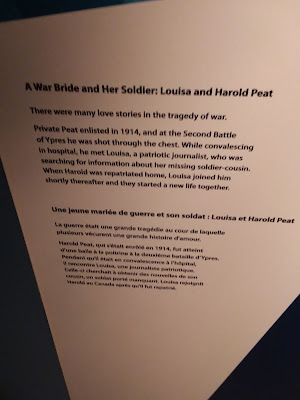 Children had to adjust to war too. A doll and books are displayed here. 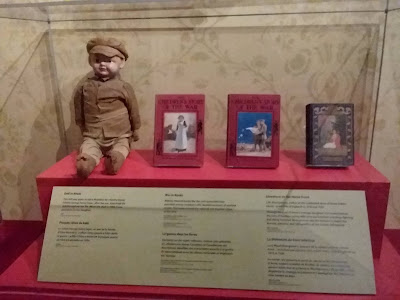 Something of great poignancy: a service flag. The Adie family sent four of their sons to war, hence the four maple leaves. Only one survived to come home. 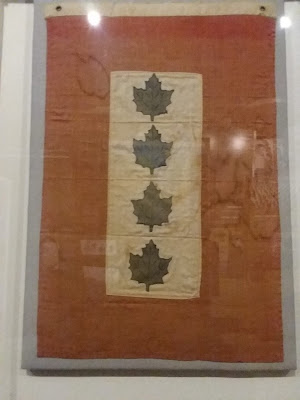 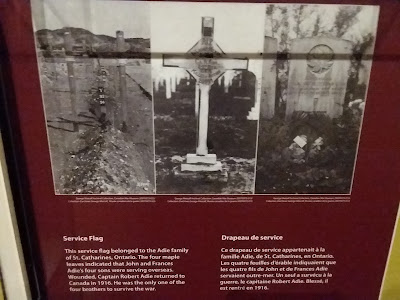