The Skies Of Europe

The Dieppe Raid took place on the 19th of August, 1942, the first real test of Hitler's Atlantic Wall at the port of Dieppe, France. Canadians, along with some British and American soldiers, took part in the attack, which failed, with over nine hundred Canadians killed and thousands more wounded or captured. Allied planners would learn from the raid, however, and apply those lessons to invasions of North Africa, Italy, and Normandy. 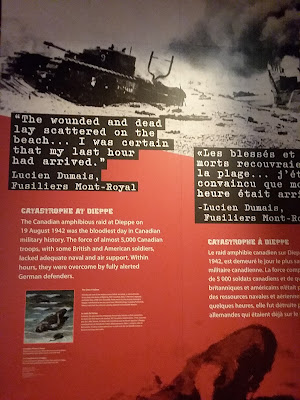 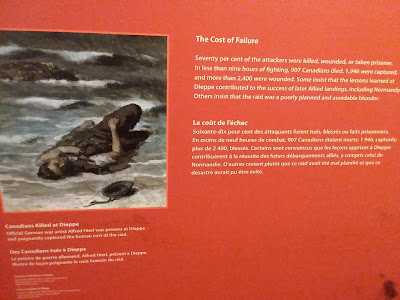 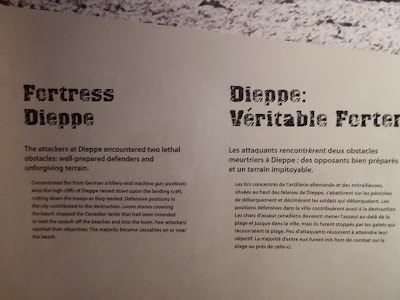 The Royal Canadian Air Force took to the air of Europe alongside other Allied air forces, bombing enemy targets and engaging the Luftwaffe. Andrew Mynarski posthumously won the Victoria Cross for valor in trying to save the life of a fellow crew member aboard his Lancaster. Pieces of the wreckage are displayed behind the panel. 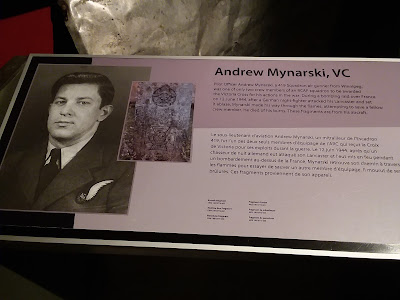 The bombing campaign occupies space here, with a large video screen featuring images of the period. 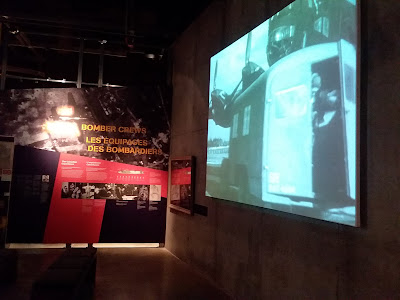 The display panel beyond includes a photograph of a navigator and the plane's mascot, a formidable fellow named Ruthless Robert. 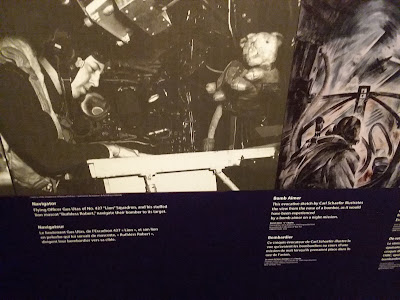 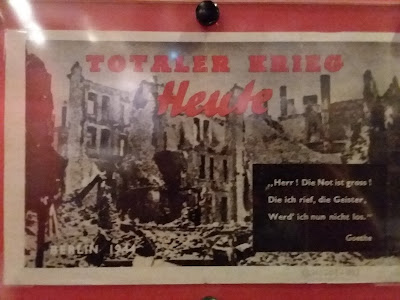 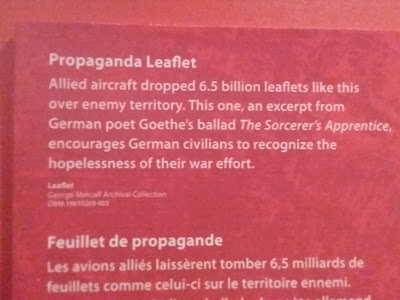 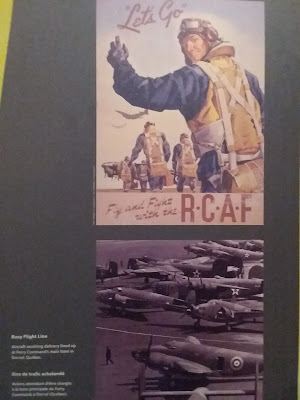 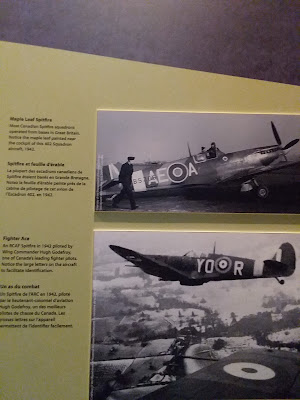 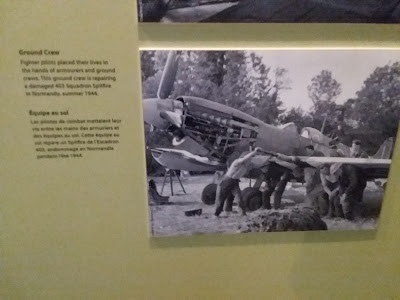 I finish today with this marvelous portrait by Robert Hyndman. Sergeant M.E. Boreham, The British Empire Medal, features Canadian Myrtle Boreham, who spent the war as part of the RCAF. 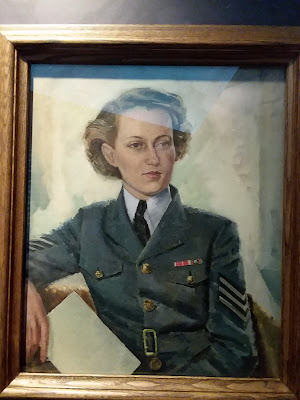 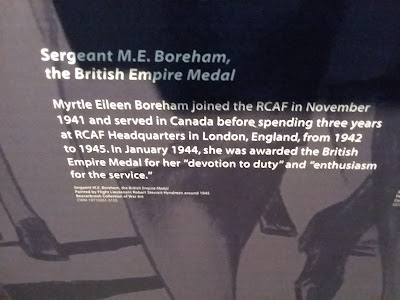