Despite official policies of discrimination and suspicion, Canadians of Japanese background served with distinction and honour during the war. 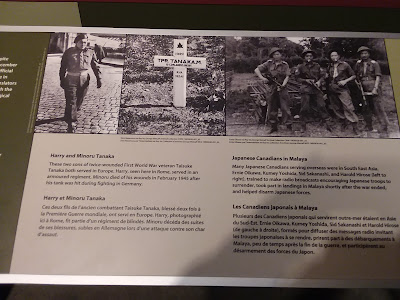 A Japanese soldier of the era is depicted here, along with weapons. 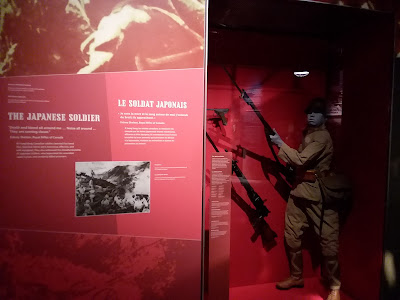 Panels look at the measures Canada took to protect its west coast. 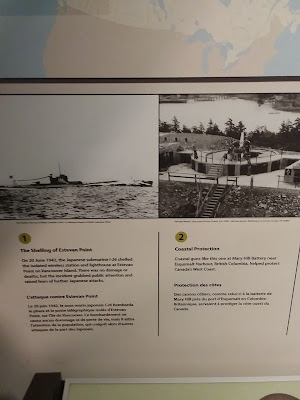 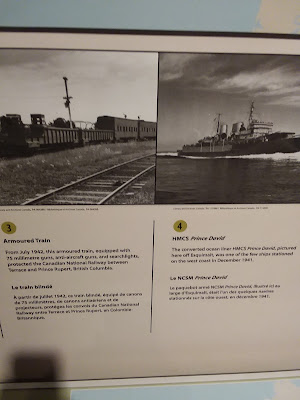 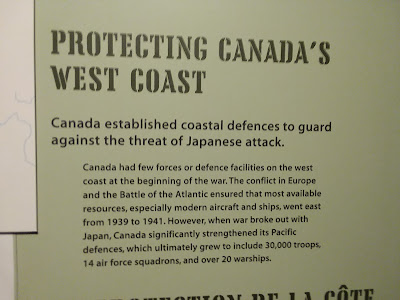 This painting is by Edward Hughes, titled Patrol, Kiska. In 1942, as part of its larger operations in the Pacific, the Japanese navy targeted Midway (one of the most decisive battles of the entire war, and a turning point for the Allies in the Pacific), but also sent some of their forces north to the Aleutians of Alaska, capturing the islands of Kiska and Attu, in the hopes of establishing bases there for operations into North America as a whole. The ground in these places was unsuited for bases and runways, and in 1943, a joint force of American and Canadian soldiers took the islands back. 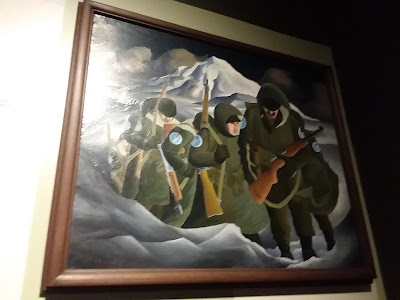 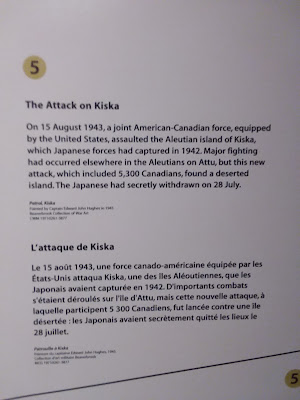 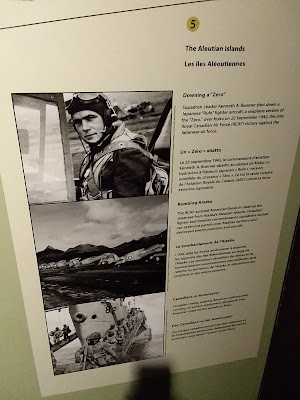 Weapons of the era are here. 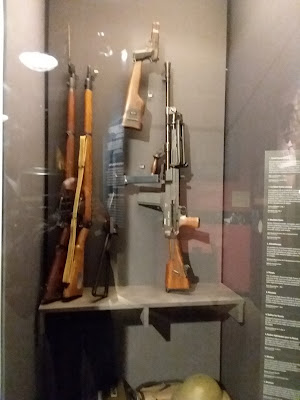 Propaganda posters start off a section looking at the war at home. 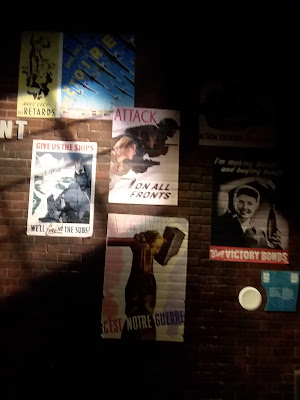 Women in the work place became a big thing during the war as part of the production for the war. 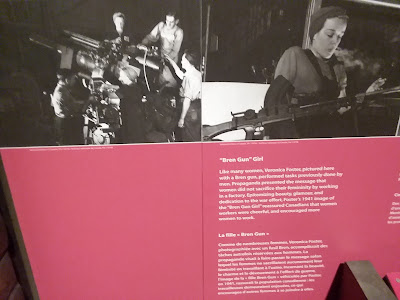 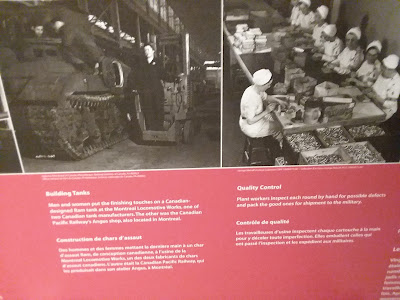