Two fronts of the war today. The Canadian military served in the Pacific theatre as well as the European theatre, primarily naval and air assets, but also ground troops. Panels and exhibits look at the story here. 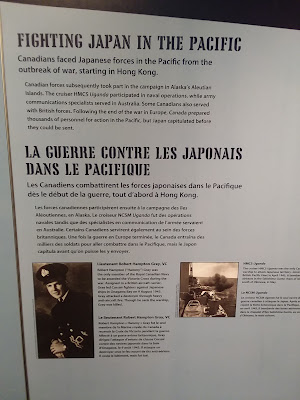 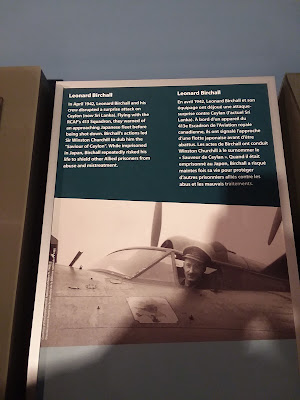 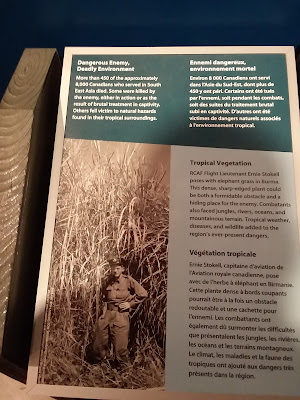 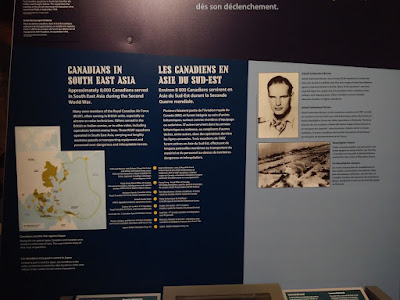 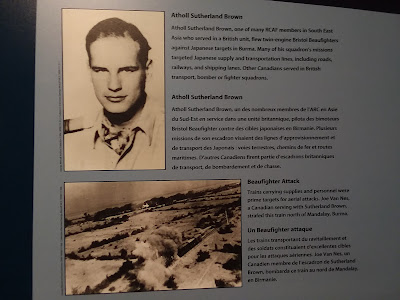 This is a portion of the fuselage of a Canadian Dakota that crashed in what is now Myanmar and was found decades later. I mentioned this flight in posts covering the Forever Changed exhibit. 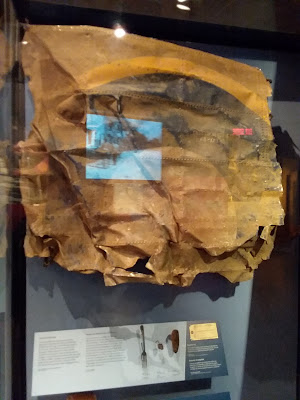 Here we have one of the crew members 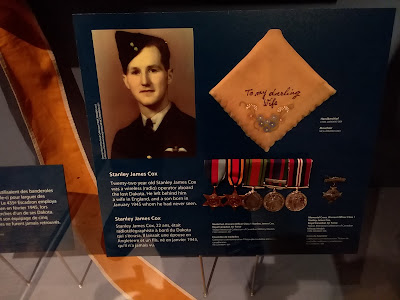 Drop Zone- Taungoo, Burma is the title of this painting by Robert Bradford. 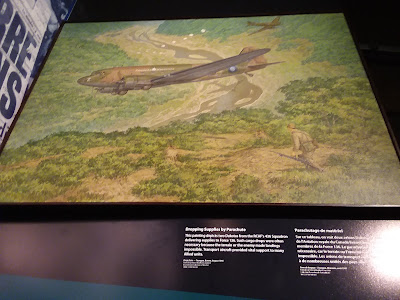 Back in Europe, a section looks at the experience of Canadian POWs. Canadians were among those who took part in what was later dramatized in the film The Great Escape. 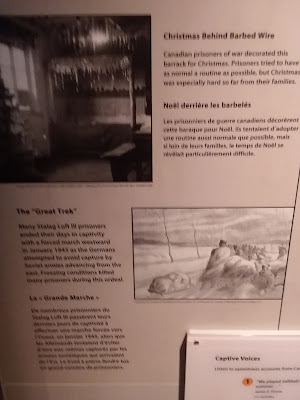 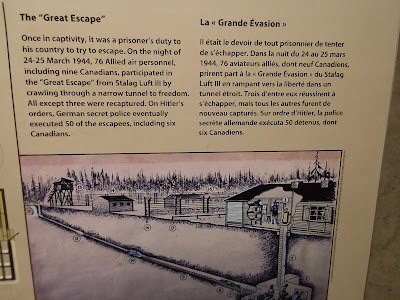