I start today with a model of H.M.C.S. Bonaventure, the last Canadian aircraft carrier. 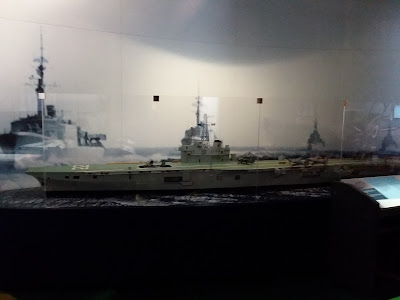 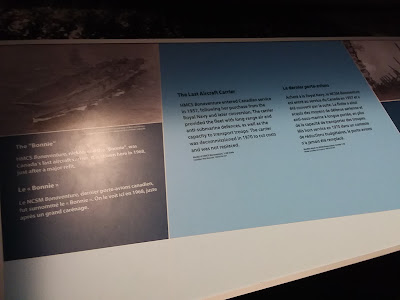 As part of its NATO commitments, Canadian pilots were stationed in western Europe during the Cold War. Their assets included nuclear weapons. 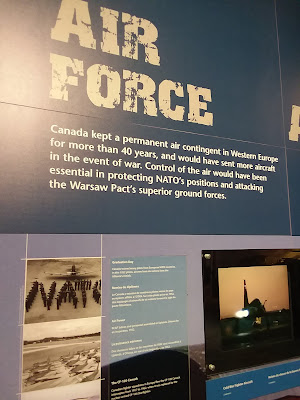 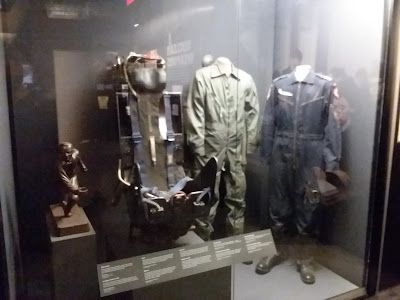 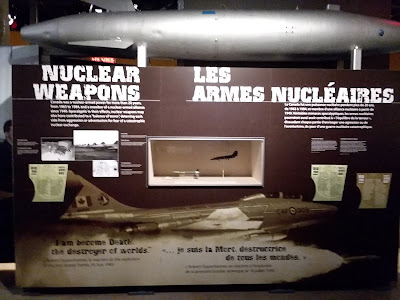 The Avro Arrow was a Canadian designed and built interceptor fighter developed in the 1950s and scrapped by the Diefenbaker government in 1959. A short sighted decision, as the plane itself was an elegant and advanced design. 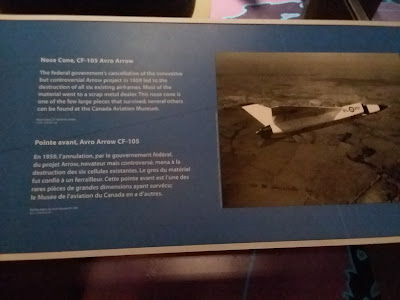 Here we have a surviving nose cone of one of them. 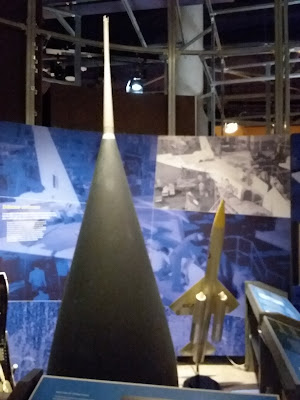 A photograph of two leaders who despised each other: John F. Kennedy and John Diefenbaker, taken in 1961 during a visit by the American president to Ottawa. 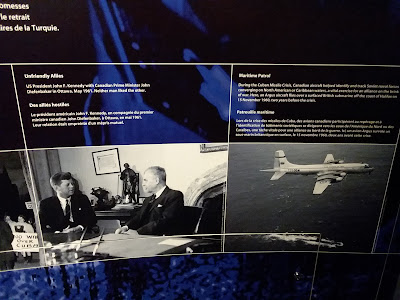 The Cuban Missile Crisis of October 1962 was as close as things got to nuclear war. A quote by Lester Pearson speaks to the profound tensions of the time. 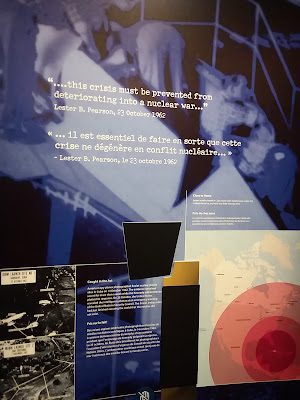 It was Pearson who, years earlier as a foreign minister, would introduce a Canadian innovation for military forces: the idea of peacekeeping. A Ferret scout car is painted largely white to mark it as a UN vehicle, and is among the artifacts in this area. 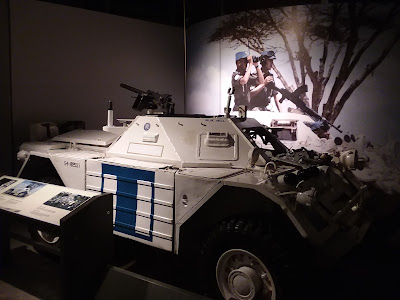 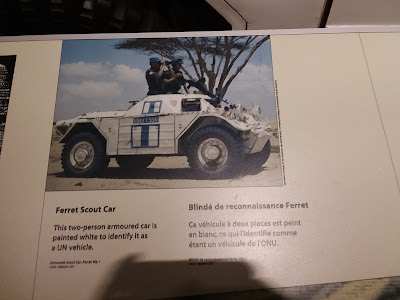