I start today with another panel on women working in the war production industry. 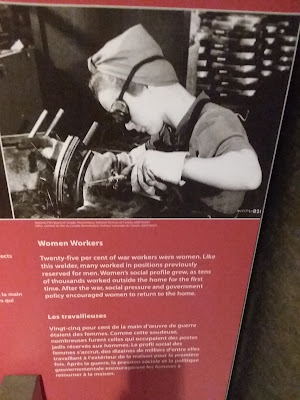 C.D. Howe was one of Mackenzie King's cabinet ministers, responsible for production for the war effort. 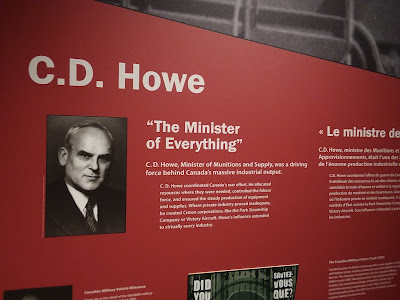 One of the standard transport trucks of the era, against a backdrop of street facades. 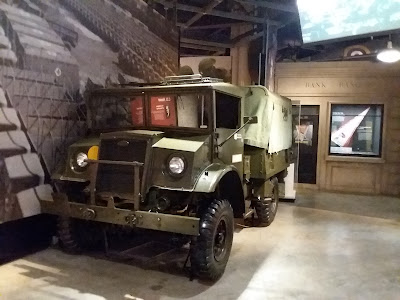 The home front was affected in every way, as it was elsewhere. You had family signed up in the services. You were working directly or indirectly for the war effort. Or you were at the very least affected by rationing. 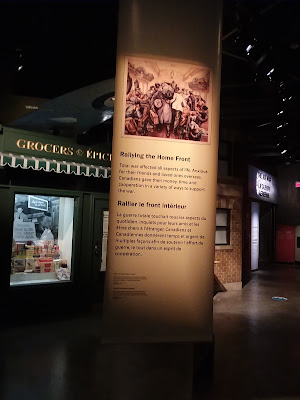 Children too were caught up in the war effort, with fathers or older brothers overseas. Games and books of the era are displayed here. 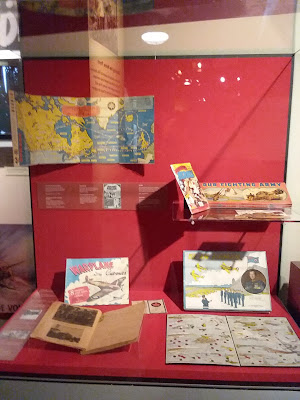 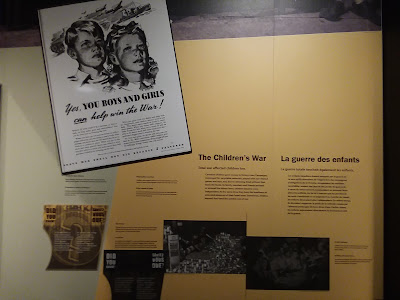 Veterans of the First World War formed the Veterans Guard. 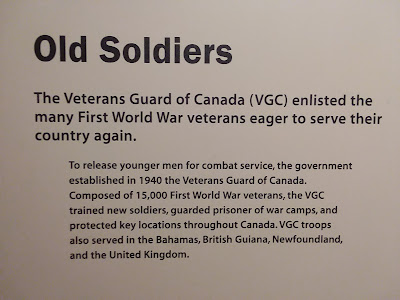 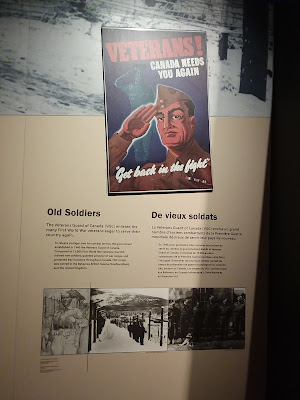 Women stepped up to serve directly in various capacities. 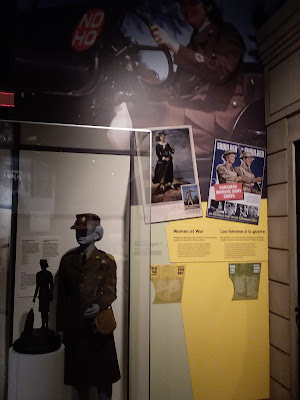 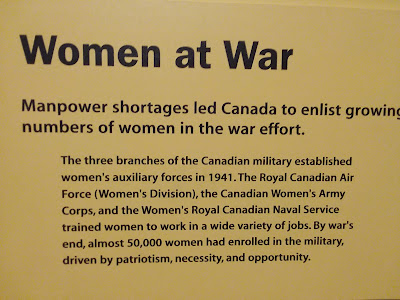 A window filled with grocery items of the time and an old photograph. I'd be in serious trouble with that kind of sugar ration. 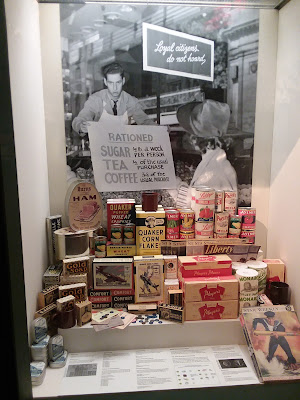 By 1942, Canadian soldiers based in Britain among other Allied forces had yet to see combat. They were spending their time in training exercises. That would change, in a place called Dieppe. 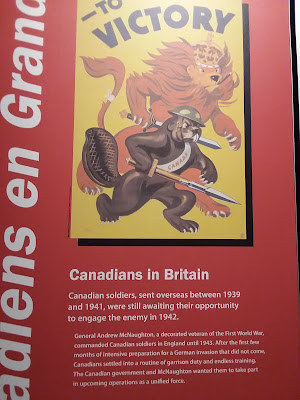