The Cyprus mission was one of risk for peacekeepers. A quote from one of the Canadians is placed within a large photograph. 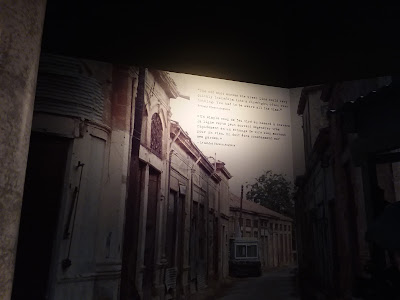 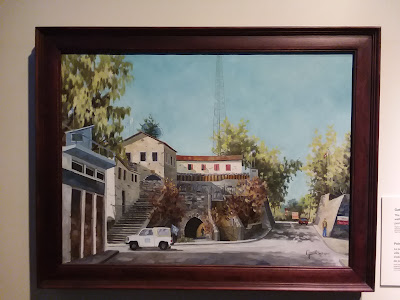 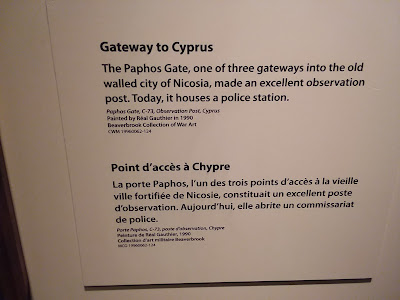 Tensions blew up in 1974 and resulted in the Turks invading. Canadians were caught in the middle of it all as part of the peacekeeping force. 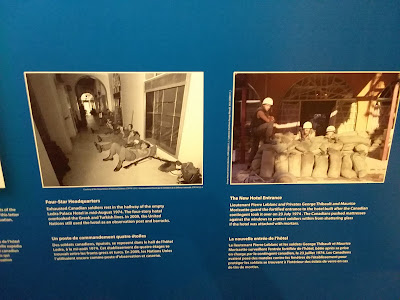 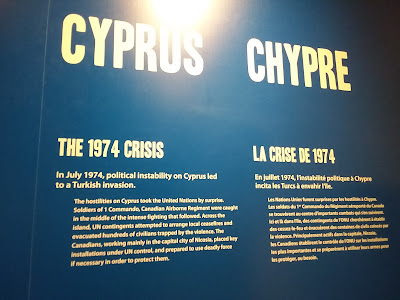 A shell casing is a souvenir brought home from Cyprus. 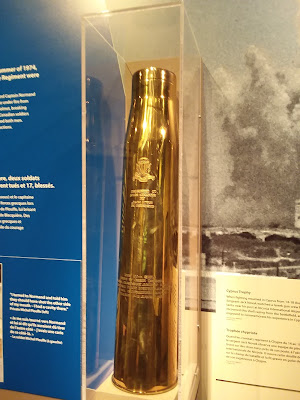 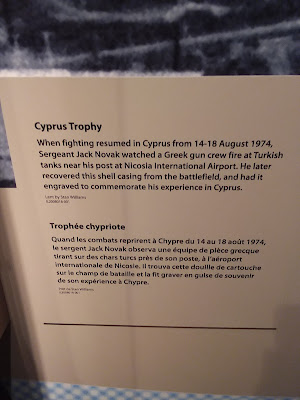 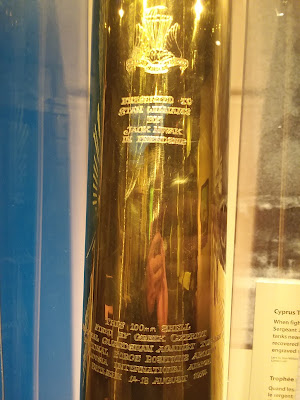 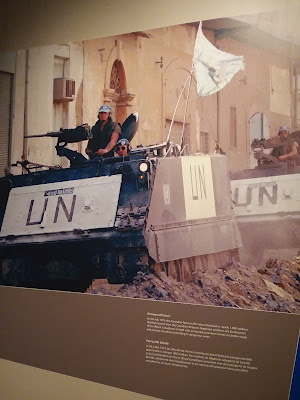 Terrorism reared its ugly head in the 1960s in Canada, with the rise of the FLQ in Quebec and the carrying out of bombings. It came to a climax with the October Crisis of 1970 and the kidnapping of a British diplomat, James Cross and a provincial cabinet minister, Pierre Laporte. Cross was later released, while Laporte was murdered.
Prime Minister Pierre Trudeau invoked the rarely used War Measures Act during the Crisis. A video clip features him speaking with a reporter. When asked how far he was willing to go to bring things to an end, Trudeau replied, "Just watch me." 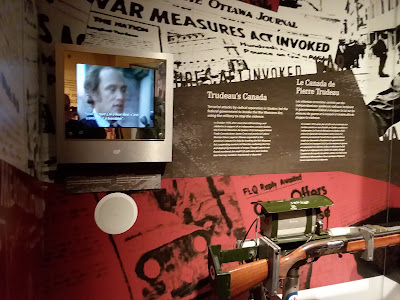 A remote controlled vehicle with a mounted shotgun is seen above. It was a standard tool used for bomb disposal. Sergeant Major Walter Leja was badly wounded during bomb disposal work of FLQ bombs on May 17th, 1963. 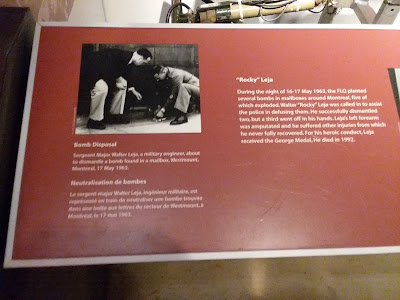 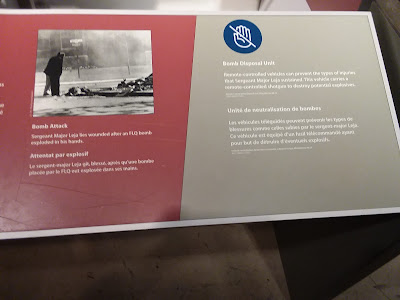