Service For A Higher Cause

This is the service uniform of Joan Voller, a member of the Women's Royal Canadian Naval Service who served from 1944 on. I assume she's passed on, but for several Remembrance Days up to some years ago, she was here with her uniform, a bright and vibrant talker sharing stories about her war. I remember conversations with her. 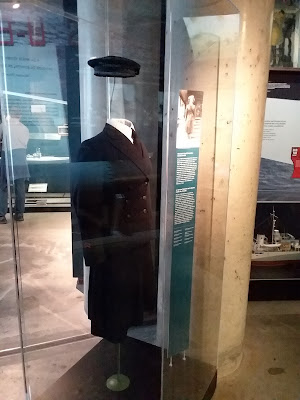 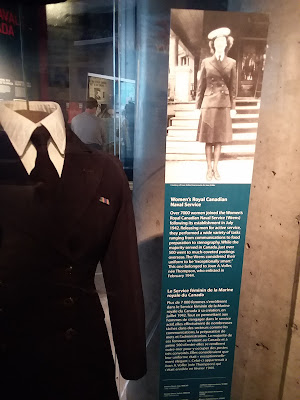 A depth charge: the vital weapon to take out a U-Boat. 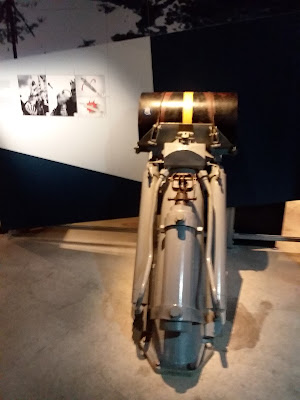 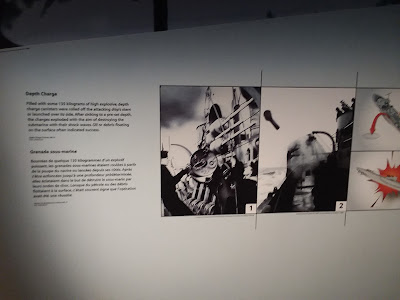 A panel here details the story of Petty Officer Max Bernays, who took part in the destruction of a U-Boat at great personal risk. 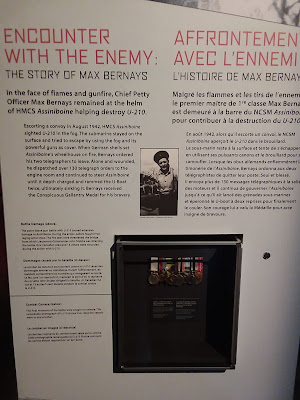 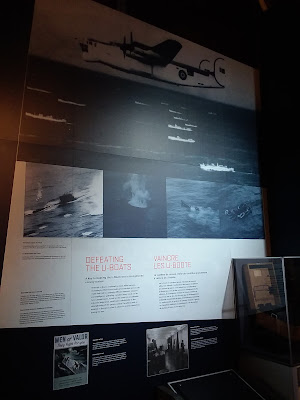 And then there's the other theatre of war. Canada put much of its military emphasis into the war in Europe, but also fought in the Pacific from the start. The Battle of Hong Kong broke out in the same hours that the Japanese attacked Pearl Harbor, part of a larger strategy of attack across the Pacific. Canadian soldiers were posted there and would ultimately be taken prisoner. 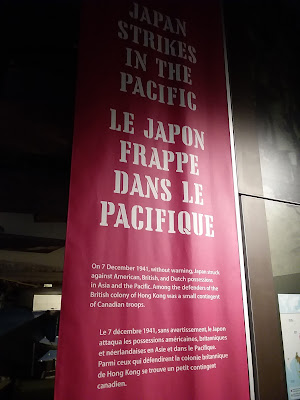 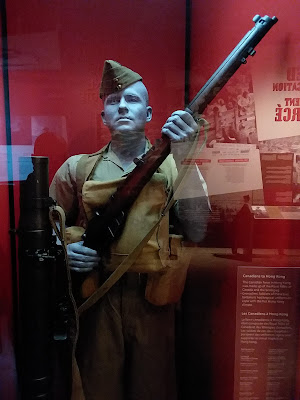 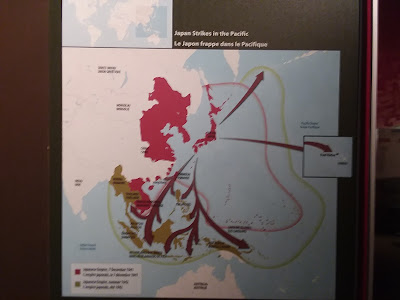 The Japanese disregarded rules concerning prisoners of war. Even nurses were not protected. 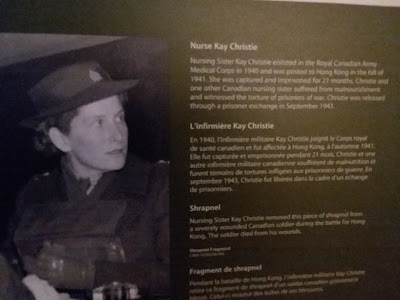 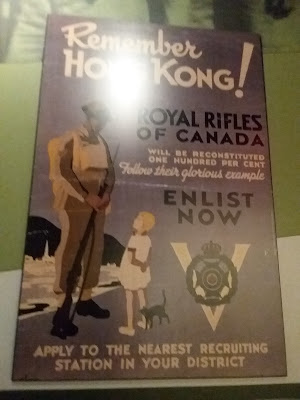 In Canada, where Canadians of Japanese background were being interred away from the West Coast, or otherwise discriminated against, some of them nonetheless enlisted in the Allied cause. 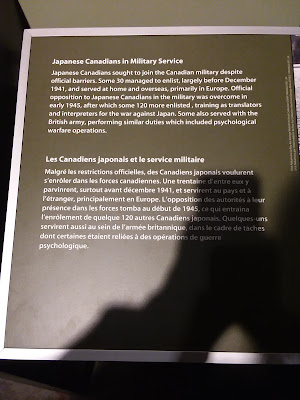