The end of the war in Europe saw many Canadians taking part in liberating the Netherlands from Nazi occupation. It resulted in a lasting and deep friendship between the two countries. 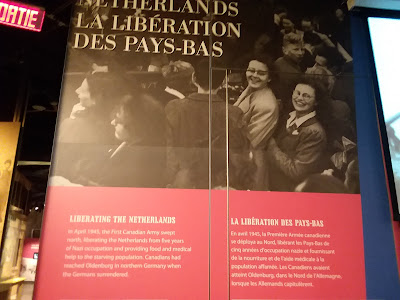 The Dutch had suffered under Nazi occupation, particularly in the last year. 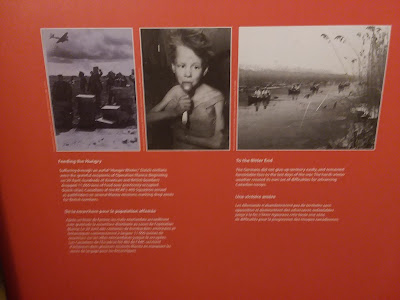 The Dutch greeted their liberators with jubilation. 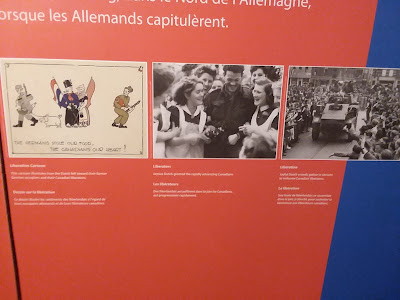 This is a fountain pen used by Canadian General Charles Foulkes, who oversaw the surrender of all German forces in the Netherlands on May 5th, 1945. 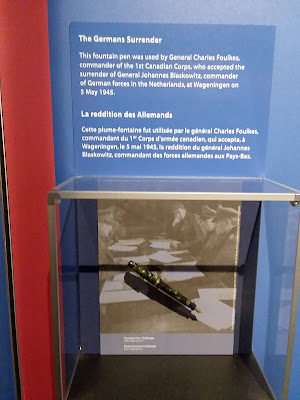 Even before the Liberation there were connections: Dutch crown princess Juliana found shelter during the war with her daughters in Ottawa, and gave birth to her daughter Margriet here. Dutch war brides would be part of the immigration to Canada. 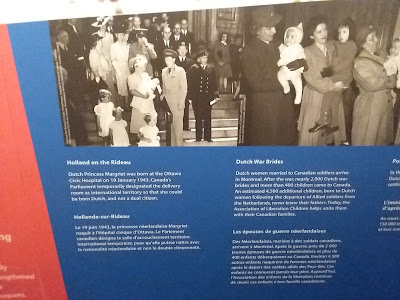 Our Tulip Festival is a legacy of the war, a symbol of thanks from the Dutch people. 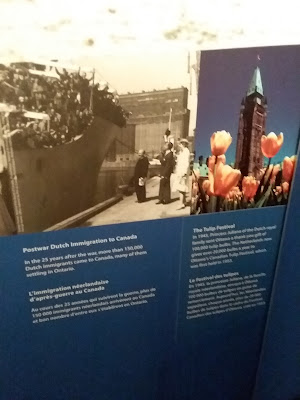 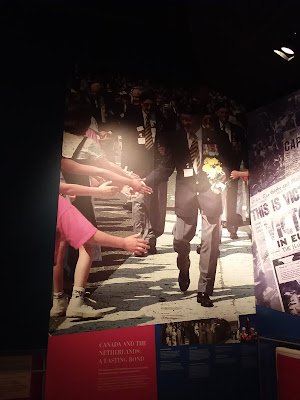 A captured Nazi flag contrasts sharply with the headlines announcing Victory In Europe. 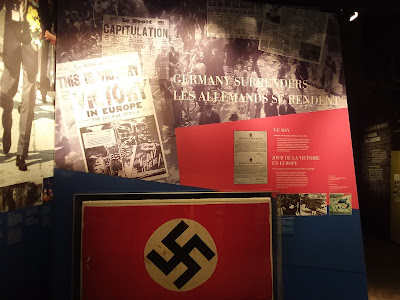 The faces of these Canadian soldiers say so much. 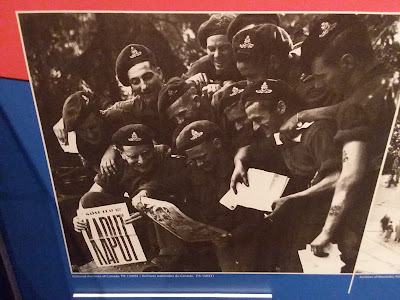 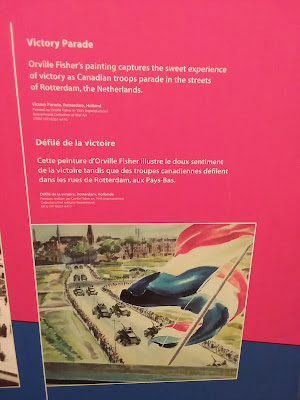 Victory in the Pacific would require a very different measure. Atomic bombs dropped by the Americans over Hiroshima and Nagasaki would end the Japanese will to continue fighting. A tile from a rooftop in Hiroshima is displayed here- a sobering artifact bearing scars of the explosion. 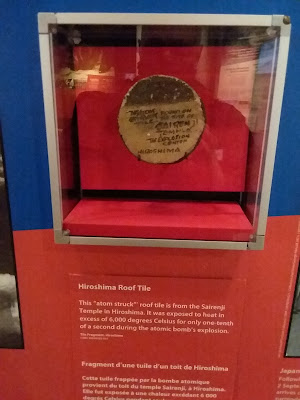 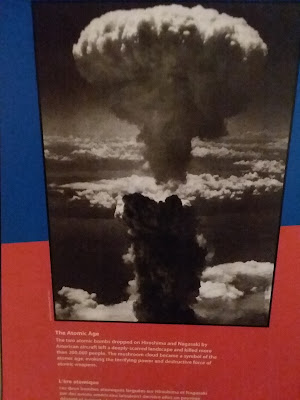