From One Cataclysm To The Next

It is thought that Canadian Private George Price was the last soldier to die in the First World War, certainly the last Commonwealth soldier. He was shot dead two minutes before the armistice came into effect on November 11th, 1918, at Mons, Belgium- the end of the line for Canadian forces in the war. 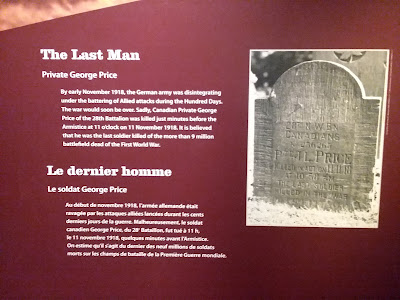 The cost for the country was a high one. An entire generation of men: killed, wounded, traumatized, or otherwise marked by the memories of war. Families whose lives would be forever changed by it. This was typical, of all sides. 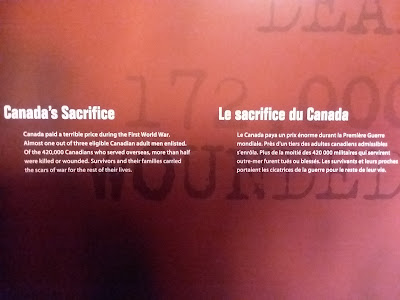 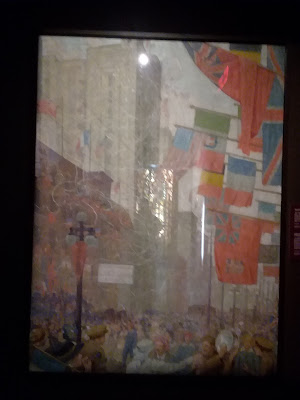 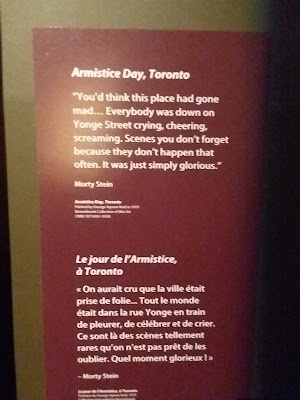 In the wake of the war, people tried to make sense of what was left. Cenotaphs and memorial windows went up in town squares and churches. Temporary grave stones were replaced by the familiar site of the Commonwealth War Graves Commission- an organization created during the war- and one of which is displayed at bottom left here. 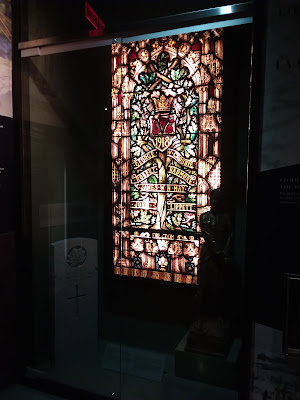 The aftermath of World War One merely set the stage for the Second World War. Instead of seeking to ensure that another war would not happen, the victors sought harsh payback. This created the conditions for the later rise of the Nazis in a Germany that resented that harshness. Hindsight is 20/20, as they say.
The next section is about the Second World War. Canada in the 1930s was as affected by the Depression as much of the rest of the world. 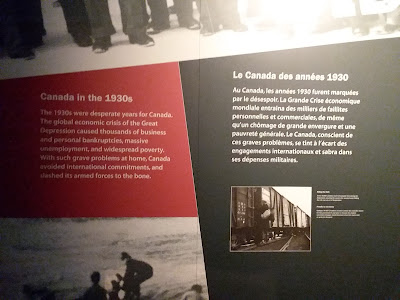 The rise of the powers later called the Axis is examined in this first portion of the gallery. Videos and flags of those powers are seen here. 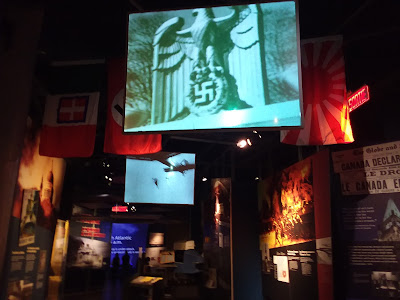 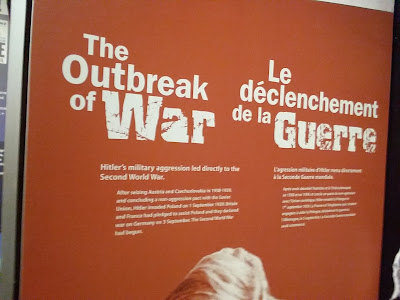 This is one of those trophies of war: one of Hitler's cars. It's the first thing the visitor sees entering this gallery. 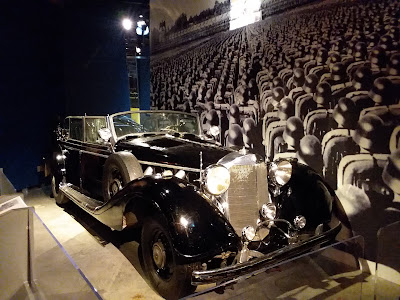 Canada declared war after Nazi Germany invaded Poland. Troops were signed up for the journey to Europe. 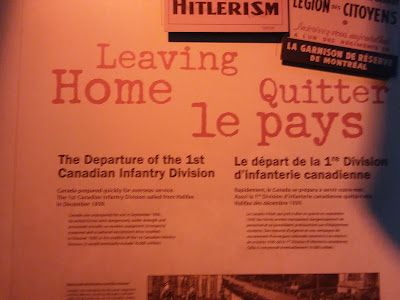 A mannequin sports the typical uniform of a soldier. 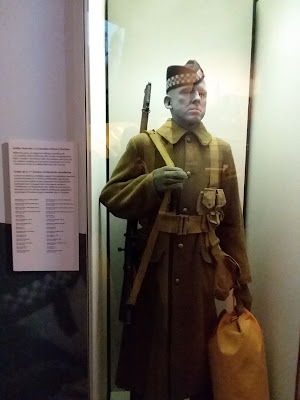 Early on in the war, the Miracle of Dunkirk: the salvation of an army of men from France as the Germans overwhelmed Allied forces in their blitzkrieg through France. The salvation of that army would one day come back to haunt the Nazis. 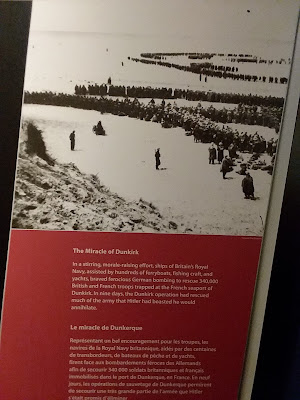 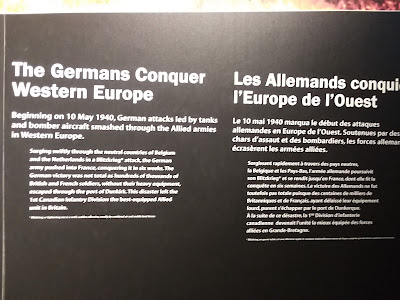