Artifacts of the Normandy campaign: in the foreground are German weapons, with panels detailing each. In the background, a Canadian 25 pounder field gun. 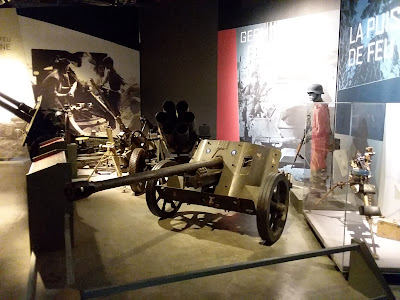 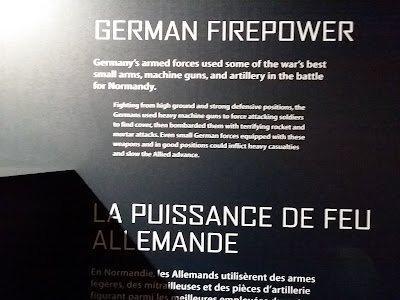 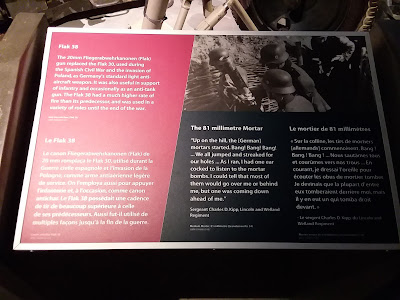 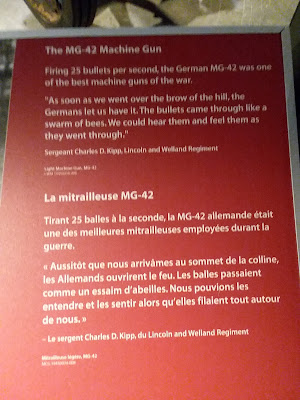 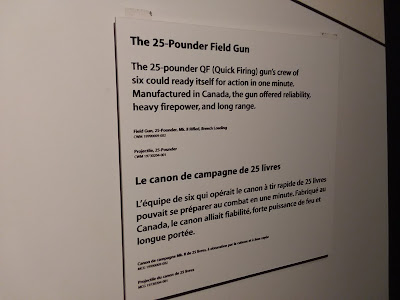 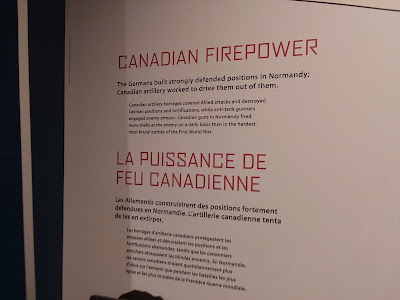 The Battle of Normandy would prove to be a vicious, costly fight, with the Allies pushing hard against the Germans. 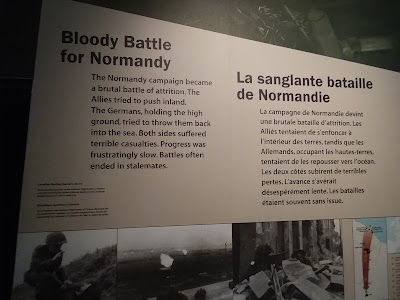 Photographs of the campaign are haunting. 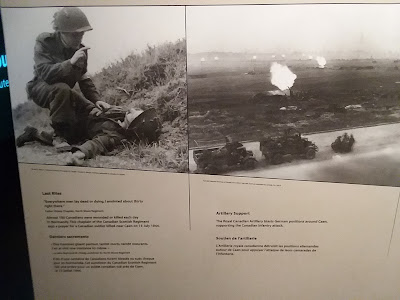 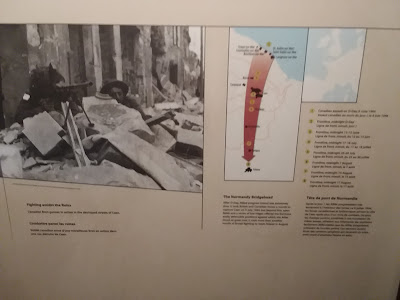 Here we see weapons of both sides. 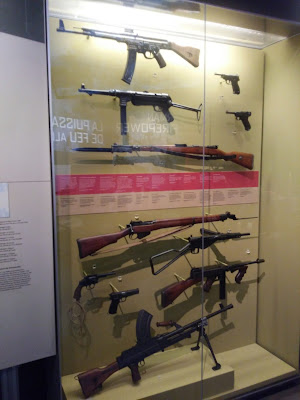 For Canadians, they were facing forces whose commanders included a particularly ruthless, vicious man by the name of Kurt Meyer. 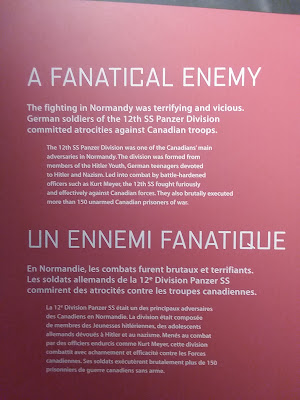 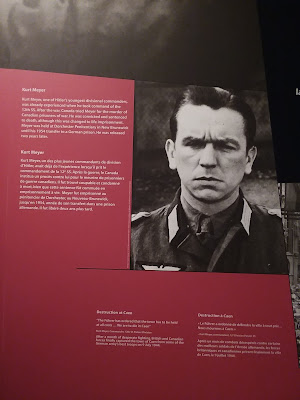