Death At Home And At The Battlefield

Land Girls Hoeing is the title of this painting by war artist Manly MacDonald, showing women at work on the home front. 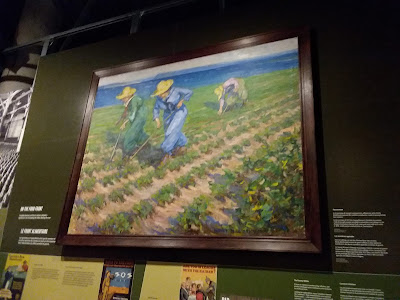 The debate arose about the issue of conscription as more and more men died during the war and there needed to be replacements. It would lead to divisions in the country, and a bitter election campaign between the sitting prime minister, Robert Borden, seen at left, and a former prime minister, Liberal leader Wilfred Laurier, seen at right. 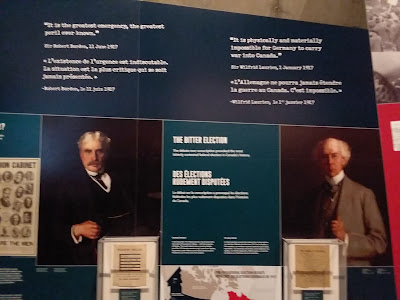 Propaganda posters at home are seen here; civilians were expected to make their own sacrifices and efforts as part of the war effort. 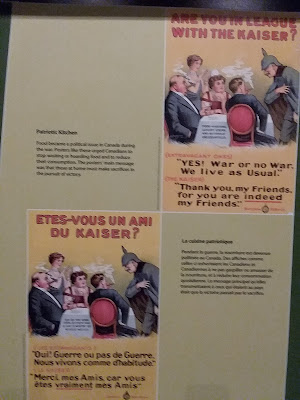 The Halifax Explosion occurred on December 6th, 1917, involving the collision of two ships in the harbour at Halifax. One was a munitions ship heading for Europe; the resulting explosion was one of the largest prior to the detonation of atomic bombs, with thousands of deaths and casualties. The painting at top is by Arthur Lismer, a member of the Group of Seven, who was a war artist during this period. It is titled Convoy In Bedford Basin. 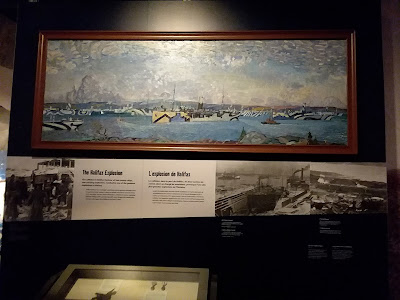 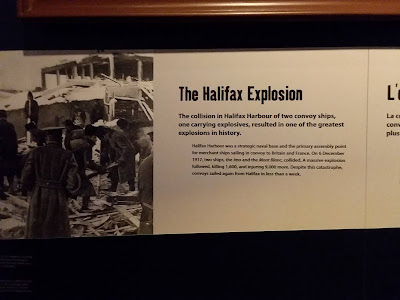 Shrapnel from one of the ships, and a pair of medals for bravery for sailors who tried to help after the collision. 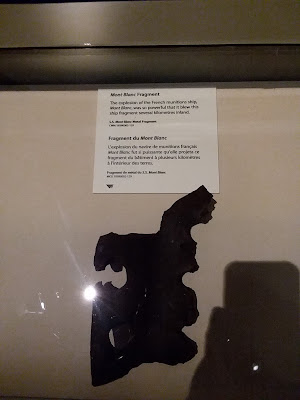 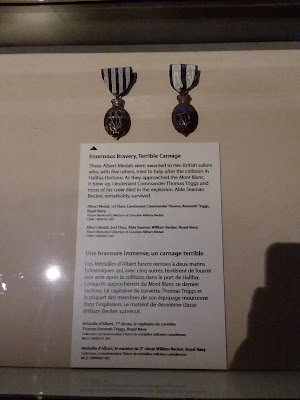 1917 would also see another battle of huge scale and cost for Canadians. Passchendaele would be fought for months and the ridge captured by Canadians, but the casualties were enormous. From all I've read of it, Passchendaele was one of those battles that rates as close as it comes to hell on earth. 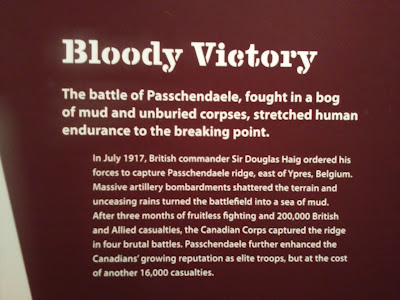 Always harrowing to see: a recreation of Passchendaele one can walk through, with a large scale photograph on the wall winding around you, and recreations of items in the mud, including a body. A century on, how many bodies are still out there, pounded deep into the earth of the western front? 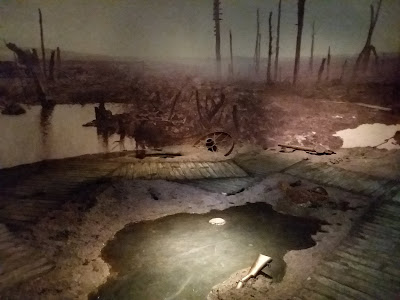 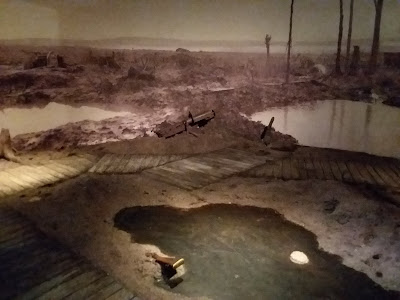 Two Canadians who fought at Passchendaele. George Pearkes won the Victoria Cross for his actions during the battle and survived the war. 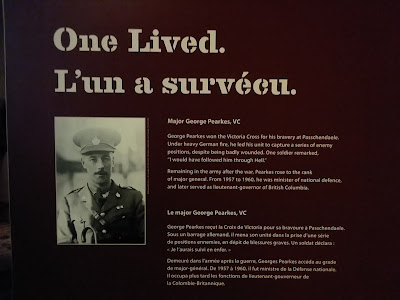 Another major, Talbot Papineau, was killed while leading his troops in battle. 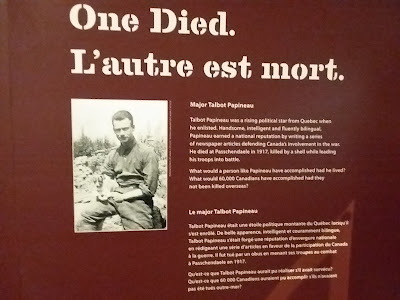