This painting was displayed above the model of Kap'yong as seen in yesterday's post. Holding At Kap'yong is another painting by Ted Zuber. 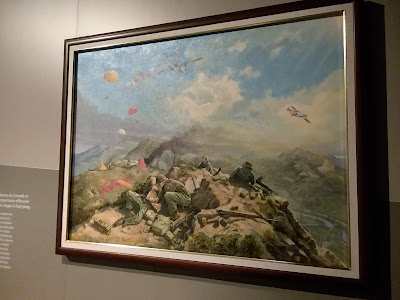 The Korean War would end in an armistice that resulted in two Koreas: a  democratic South Korea and a communist North Korea run, well... as a personal fiefdom and personality cult by a family of insane kleptocrats. To this day that's still the case, with a demilitarized zone and two large military forces still on either side of it. 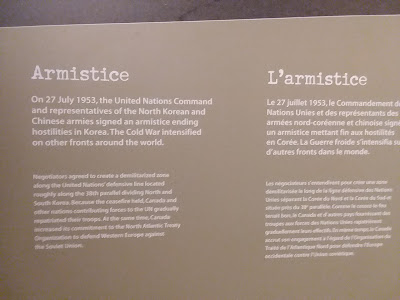 A NATO command centre of the era is reproduced here. On large monitors, scenarios for a hypothetical World War III play out. 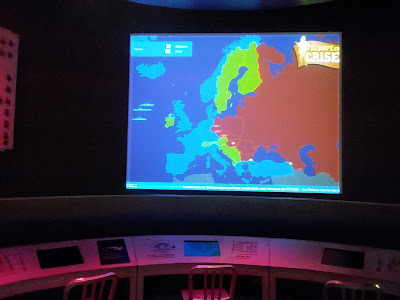 The standoff of NATO and the Warsaw Pact would go on for decades. 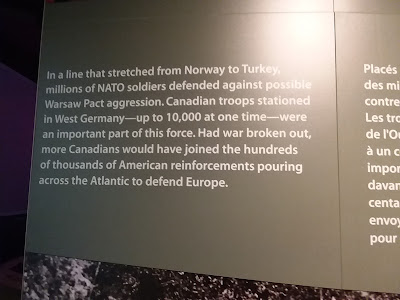 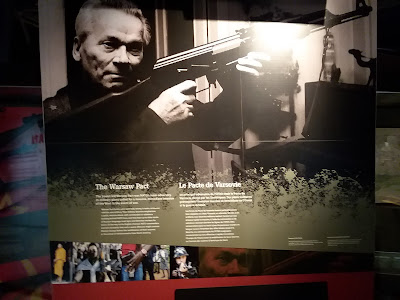 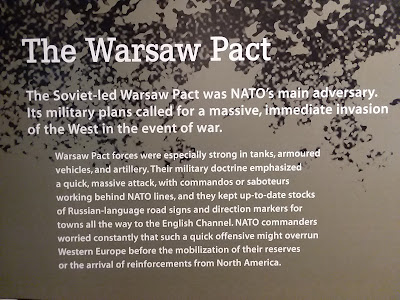 War games- a contradiction in terms, but part of the efforts to work together. Joint exercises were often held (and still are) as part of military training and readiness. Here we have one such example. 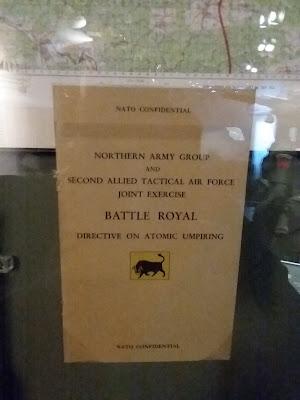 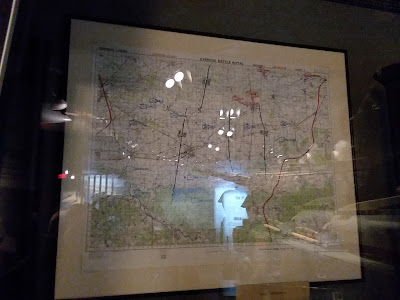 The tanks got bigger. 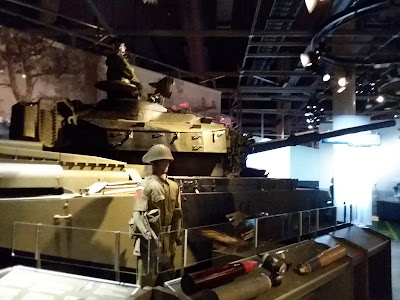 Canadian forces were committed to the ground, the sea, and the air as well. The Canadian Navy spent much of its efforts into anti-submarine work. 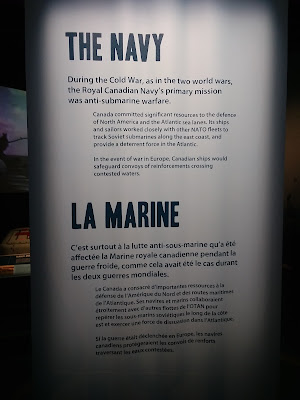 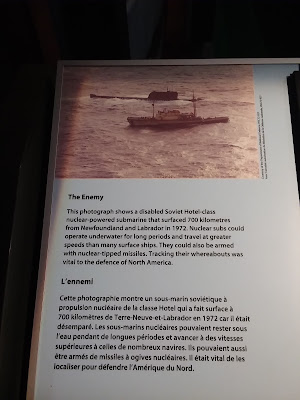