The Korean War from 1950-53 pitted communists in the northern part of the peninsula against those in the south, with China and the Soviets backing their communist counterparts and the West doing the same for the south. Canadian forces would be among the westerners committed to the war as part of a United Nations force. 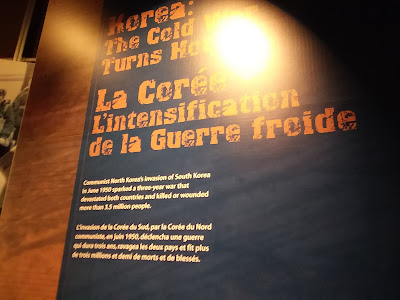 Canadian artist Ted Zuber was a young soldier who fought through much of the war and would later paint his vivid memories onto canvas. Day Break, Gulf Of Korea shows a Canadian destroyer near the coast firing at enemy trains along the coastal railway. 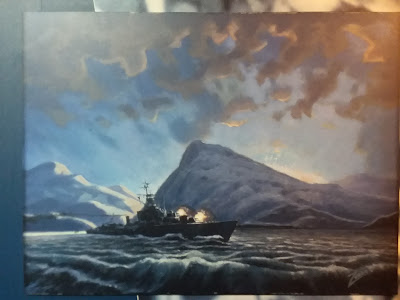 Some veterans of the Second World War joined up. Other recruits were new to combat. 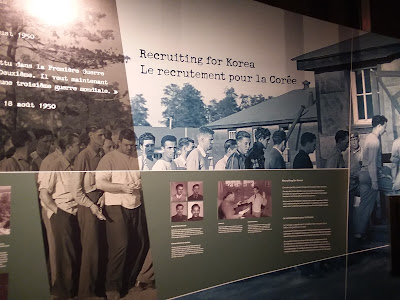 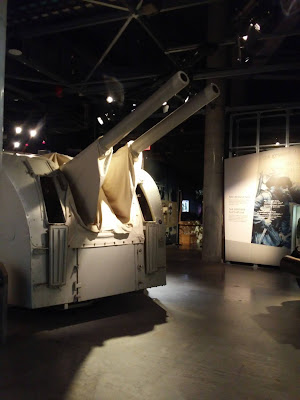 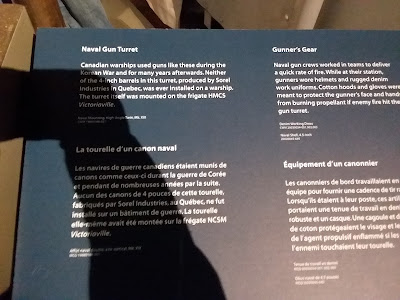 Much of the Canadian experience was on the ground. 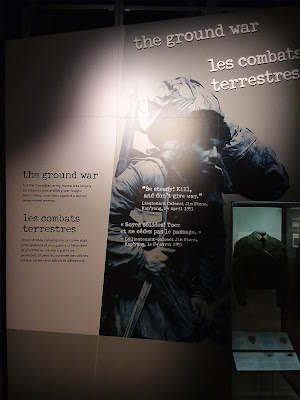 Several of Zuber's paintings are gathered together here. Decades later he would be an officially commissioned war artist and follow the Canadian military to the Persian Gulf for Desert Shield and Desert Storm. 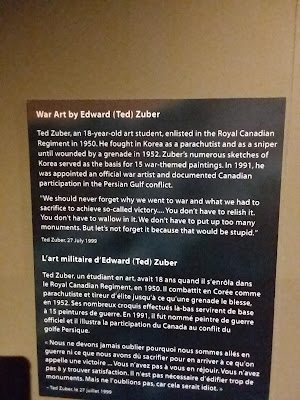 First Kill- The Hook depicts a sniper and scout at work. 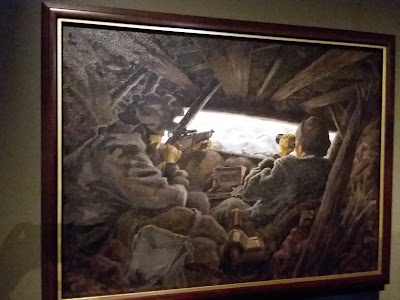 Welcome Party is a grisly painting, with a Canadian patrol coming across the skeletal remains of Chinese soldiers. 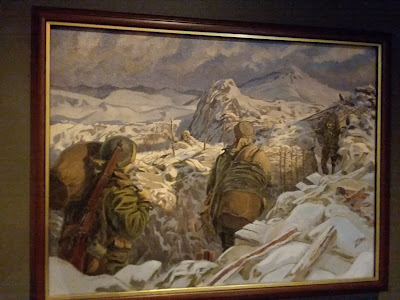 Kap'yong was a pivotal battle involving Canadian soldiers in April 1951. 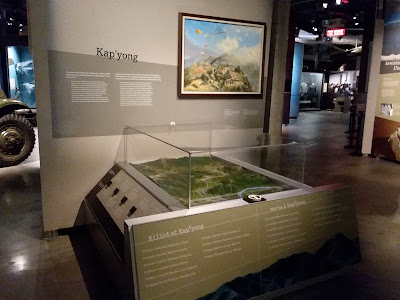 A 3D physical relief of the mountainous terrain is displayed here. 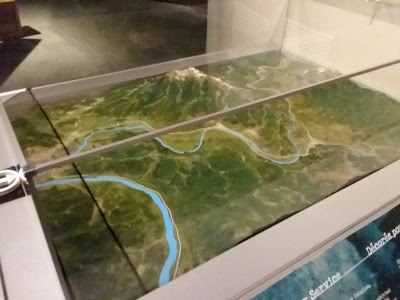 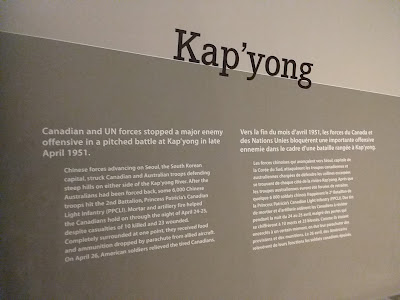