Alongside British, American, and other Allies, Canadian forces took part in the invasion of Sicily and the subsequent invasion of the Italian mainland, starting on July 10th, 1943. 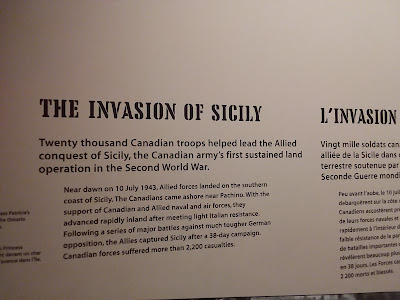 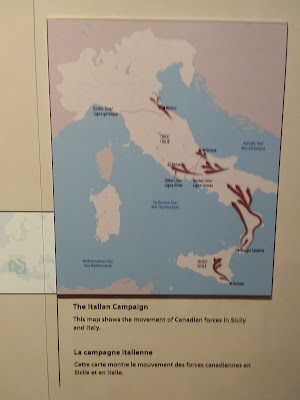 Entry Into Assoro, Sicily is the title of this painting by William Ogilvie. 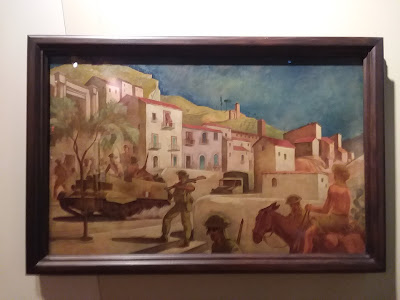 Some of what the Allies were facing are seen displayed here. 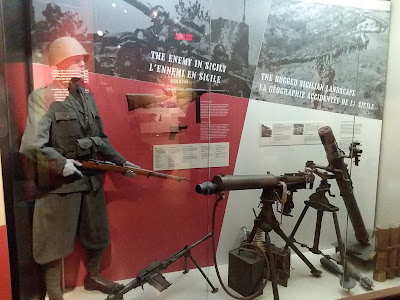 The Battle of Ortona was a vicious one fought in December 1943, fought in the coastal town between German troops and Canadian soldiers in close quarters, street to street and home to home. 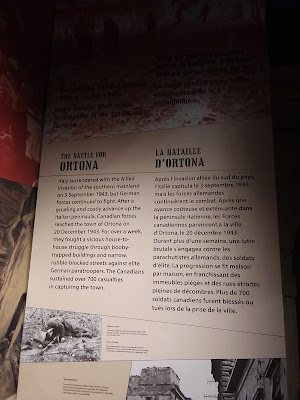 This painting, by Charles Comfort, is titled Casa Berardi. 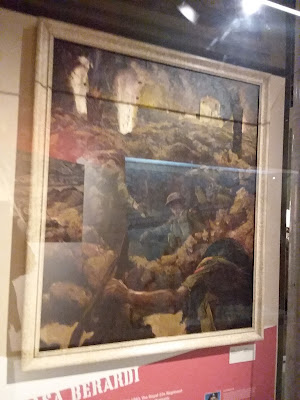 A reproduction you can walk through features life sized mannequins, outfitted in the uniform of the time, on either side of a wall. This is a Canadian soldier. 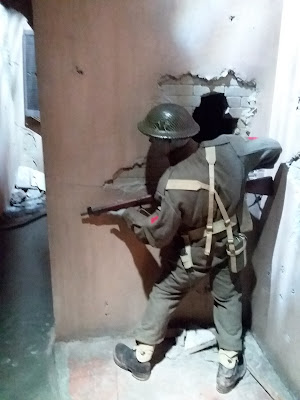 And on the other side, a German soldier. 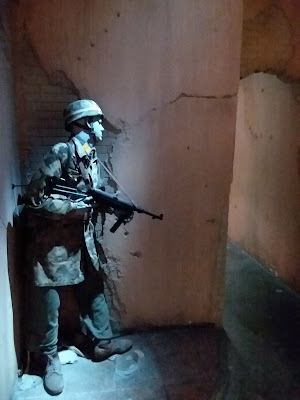 Another Comfort painting: this is Canadian Armour Passing Through Ortona. 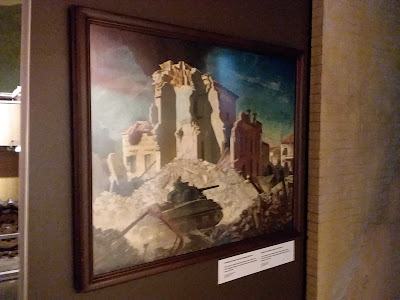 As the Allies drove north through Italy and the Italians surrendered, the Germans continued to put up a stiff resistance. Over time they were pushed back: the Hitler Line, the Gothic Line. Canadians were part of that campaign throughout. 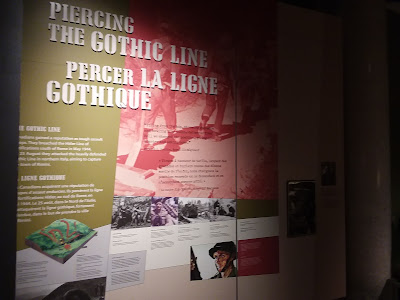 Here we have a trophy of war: a German Stug III, part of their defenses at the Gothic Line. 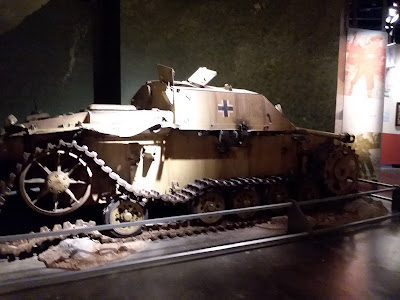 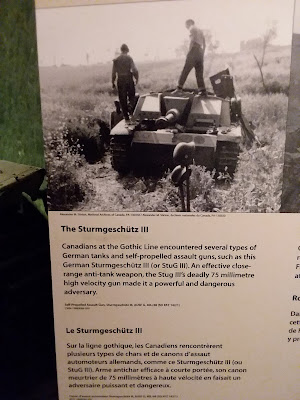